Hong Kong - once a fun city, now fKc with vandals 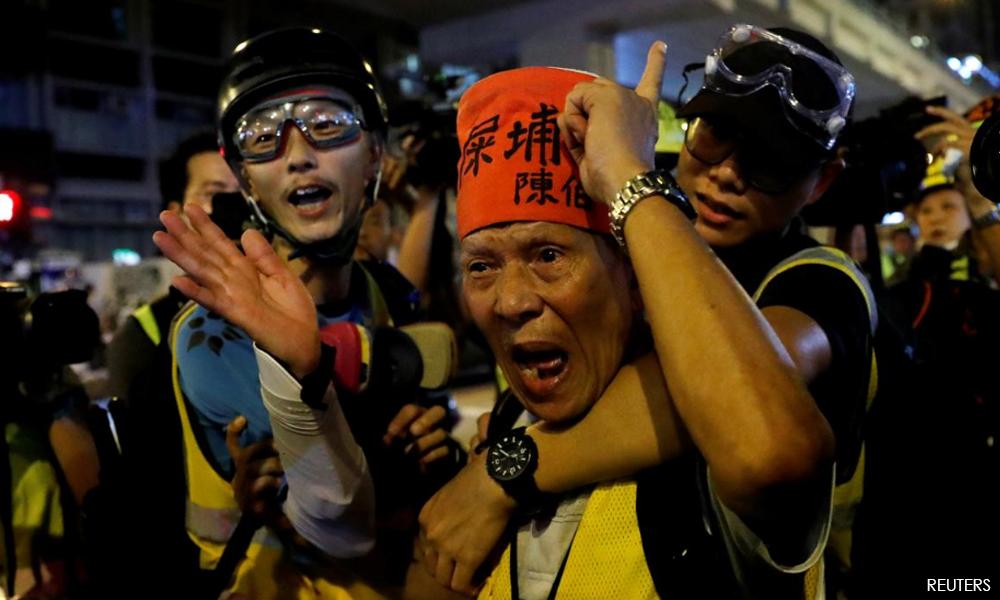 Hong Kong police prevented anti-government protesters from blocking access to the airport on Saturday, but fired tear gas for a second night running in the Chinese-ruled city’s densely populated district of Mong Kok in the 14th week of unrest.
Police checked for tickets and passports to allow only airline passengers through to the airport to avoid the chaos of last weekend, when activists blocked approach roads, threw debris on to train tracks and trashed the MTR subway station in the nearby new town of Tung Chung.
Protesters also occupied the arrivals hall last month, halting and delaying flights, amid a series of clashes with police.
More than three months of protests have at times paralysed parts of Hong Kong amid running street battles between protesters and police who have responded with tear gas, pepper spray and water cannon.


Violent arrests of protesters have drawn international attention.
On Friday night hundreds of demonstrators, many masked and dressed in black, attacked MTR metro stations in the Mong Kok district, targeted because of televised scenes of police beating protesters on a metro train on Aug 31 as they cowered on the floor.
Activists, angry that the MTR closed stations to stop protesters from gathering and demanding CCTV footage of the beatings, tore down signs, broke turnstiles, set fires on the street and drew graffiti on walls.
Protesters gathered again after nightfall on Saturday to be dispersed by tear gas followed by running clashes with police who fired pepper spray. Several arrests were made.
“We didn’t have the numbers,” said one male masked protester who fled from Prince Edward station, pursued by riot police. “We’ll be back.”
There were also clashes at the rail station in Sha Tin, north of the landmark Lion Rock which separates downtown Kowloon from the New Territories bordering mainland China.
The protests have presented Chinese President Xi Jinping with his greatest popular challenge since he came to power in 2012.
Hong Kong leader Carrie Lam (photo) announced concessions this week aimed at ending the protests, including formally scrapping a hugely unpopular extradition bill, but many said the concessions were too little, too late. She said Beijing backed her “all the way”.
The bill would have allowed extraditions of people to mainland China to stand trial in courts controlled by the Communist Party. In contrast, Hong Kong has an independent judiciary dating back to British rule.
But the demonstrations, which began in June, have long since broadened into calls for more democracy and many protesters have pledged to fight on.
Hong Kong returned to China in 1997 under a “one country, two systems” formula that guarantees freedoms not enjoyed on the mainland. Many Hong Kong residents fear Beijing is eroding that autonomy.
China denies the accusation of meddling and says Hong Kong is an internal affair. It has denounced the protests, accusing the United States and Britain of fomenting unrest, and warned of the damage to the economy.
Hong Kong is facing its first recession in a decade. Credit rating agency Fitch Ratings downgraded Hong Kong’s long-term foreign currency issuer default rating to 'AA' from 'AA+' on Friday.
The US State Department updated its travel advisory for Hong Kong, warning that US citizens and consular employees had been the targets of a recent propaganda campaign by China “falsely accusing the United States of fomenting unrest”.
The overall risk level remains at the second-lowest of a four-level gauge, after it was raised on Aug 7 to reflect the escalating violence.
Posted by KTemoc at 11:34 am