50 years ago when the Erawan Hotel was built, spiritual experts considered its feng shui pretty bad because its foundation stone was built on an inauspicious day. The remedy was to install a shrine of the Hindu God Brahma to ward off any bad luck.

Though a new Grand Hyatt Erawan hotel was developed on the site of the one built in 1956. the shrine remains in place even as the district develops into an upmarket shopping centre.

The shrine of Brahma became a popular tourist spot in Bangkok as it has a reputation of granting the wishes of worshippers. Grateful ones whose wishes were fulfilled would make votive offerings and gifts of carved wooden elephants and other assorted items. 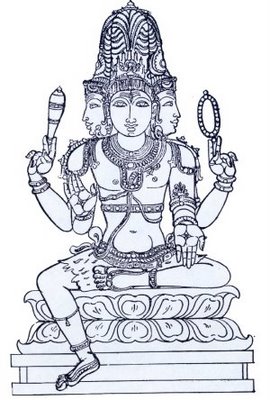 Some would also engage Thai classical dancers to perform for the deity Brahma, not unlike our Chinese or Thai Malaysians who regularly stage live Chinese operas or Thai wayangs [cultural theatre performances] for their gods on festive occasions. The Erawan shrine is a very lively spot in the Bangkok shopping area.

Cambodian tourist San Trinh, who lives in California, but visits the shrine regularly said that a few years ago after his sister had been denied permission twice to visit the US, he made offerings at the shrine and prayed for her success in applying for the visa a 3rd time – sure enough, she was granted a visa.

All a very happy set of affairs for everyone, well almost everyone, until one very early morning Thanakorn Pakdeepol, a 27-year old Thai Muslim, went to the shrine with a hammer and smashed the four-headed statue of Brahma. He was immediately set upon by worshippers at the shrine and beaten to death.

Shades of Kulai! As I had blogged in a previous postings, some years ago devotees at an Indian shrine in Kulai, Malaysia, beat to death a number of young Muslim zealots (some were university students) who went to the place of worship in the middle of the night with the aim of desecrating the Hindu deities.

Bangkok police have arrested two men, but said that the killed desecrator had a history of mental disorder. I am not sure whether the ‘mental disorder’ of the desecrator was raised principally to placate extremely angry devotees, or he was indeed a 'disturbed' man.

Samrit Klomkliang, who claimed to be the personal astrologer for Thaksin's family, said that the destruction of the statue of Brahma was a sign that there would be bloodshed in Thailand if the prime minister doesn't quit before March 29. Hmmm, what a coincidence, considering that Thaksin Shinawatra is right now extremely unpopular with Bangkok residents!

The astrologer also declared that April 2 - the date of snap elections called by Thaksin - was a catastrophic day according to the stars. Wow, double jeopardy!

I wonder why, as astrologer to the Thaksin family as he claimed, he didn’t raise this earlier with Thaksin?

But undoubtedly many in Bangkok will seize upon the desecration of the statue of Brahma as an omen that the fall of Thaksin is imminent. He would be seen to have lost the ‘mandate of heaven’.

Related:
DBKL smashed statues of Hindu gods!
Posted by KTemoc at 7:33 am