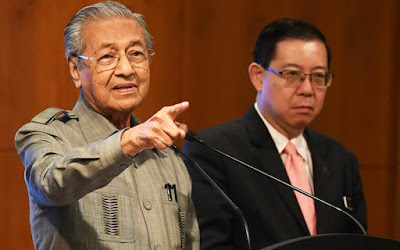 At Amanah’s national convention, Pasir Salak Amanah delegate Muhaimin Sulam asked why the RM1 trillion debt was not stated in the 11th Malaysia Plan mid-term review report, pointing out that the report only stated the country’s debts stood at RM686 billion.

“We don’t know which is which,” he said in debating on the economy.

He added it was said the addition of RM199 billion in government guarantees and RM244 billion in lease payments to the debt would result in the RM1 trillion figure.

Muhaimin reminded delegates of the “magic tricks” politicians used to “conjure up” figures to influence the people.

In the days following Pakatan Harapan’s formation of the new government, Putrajaya announced that the country’s debts stood at RM1 trillion and this problem needed to be resolved.

Against the backdrop of the RM1 trillion debt claim, the government allocated RM314.5 billion for Budget 2019.

On Budget 2019, Muhaimin said initiatives for the economy had failed to boost investor confidence and had a negative impact on the people.

“The stock market following the tabling of the budget does not reflect investors’ confidence in the Pakatan Harapan government’s policies.”