Mahathir is a Malay supremacist 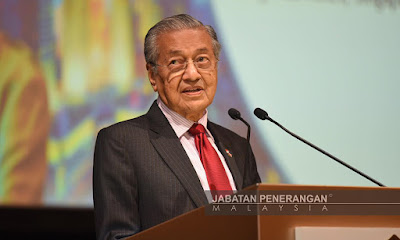 Harapan leaders who wanted reform and a new Malaysia free of corruption, patronage and blood-sucking politicians who steal unashamedly from the people must be regretting that they ever let Bersatu and its chairperson Dr Mahathir Mohamad into the coalition.

For what he has done is to re-introduce this whole party-hopping play, which he did previously in Sabah to destabilise the fairly elected government, and now to increase the numbers of his own party which did rather poorly in the last elections. (For those who still think Mahathir won the elections, I have an alternate view, backed up with numbers which shows he likely did not.)

Does anyone really think that Umno MPs would start jumping ship like rats from a vessel which has not even sunk yet if they did not have some other place to go? Surely they must have a rather strong inkling of the place to go to. Why, there may even be money politics involved.

So far, 17 MPs have resigned from Umno, taking the number of seats it holds down to 37 from 54, making PKR the party with the single largest number of seats with 50, followed by DAP with 42. Some MPs have already been accepted into Bersatu whose number has now gone up to 16 from 13.

And where do you think this bunch of unprincipled, opportunistic lawmakers will be heading if they want to avoid the consequences of their actions in supporting the most kleptocratic government the world has ever seen?

The one that holds the reins of power with just 13 seats out of 52 contested, the lowest win rate of any Harapan partner, from the last elections, that's who - Bersatu. And perhaps Amanah as well which holds just 11 seats.

While PKR and DAP leaders have said that they will not accept any from this dishonourable lot who won on the Umno ticket and have now suddenly realised the errors of their ways, Amanah continues to vacillate while Bersatu says it will vet them before accepting them into their fold.

Amanah and Bersatu, with 13 and 11 respectively, are the smallest parties in terms of number of MPs, with PKR outnumbering them with 48 (immediately after elections before defections) and DAP 42.

Despite Harapan de facto leader Anwar Ibrahim saying publicly that theories over the impending defection of Umno members are meant to drive a wedge between him and Harapan chairperson Mahathir, even he must privately feel threatened by this development which could very well derail his chances of becoming PM.

It is becoming more and more obvious that Mahathir wants the two years he asked for to be prime minister, not so much to do what is needed but to strengthen his position so that he will be difficult to remove when the time comes for him to make way.

Mukhriz became menteri besar of Kedah (despite PKR getting eight seats against Bersatu’s five). Apart from Mahathir and Muhyiddin, Bersatu got four full ministers, all of whom were first-time MPs and first-time ministers as well. This includes a 25-year-old whose first full-time job turned out to be a minister, probably a world record.

He also allotted his own party six deputy minister positions which means every MP in Bersatu became prime minister, Home Minister, chief minister, full cabinet minister or deputy minister - undemocratic because it was not representative.

There were many other more qualified material for ministers within PKR, both Malays and non-Malays but it was clear that Mahathir was going to be in control despite Bersatu just holding 11 percent of total parliamentary seats of the Harapan coalition. 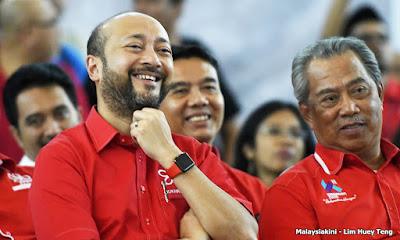 Why did he do this? Because he wanted control of the cabinet, he wanted to be boss and he wanted to buy time so that he could get more MPs into Bersatu and diffuse the power that PKR and DAP, both multiracial parties, held within Harapan.

Mahathir never believed in consensus. For him, there is only one leader and that has to be him. Consultation is not his style. There was almost an early break-up in Harapan when he made Lim Guan Eng finance minister without consulting PKR. The DAP, delighted with Lim’s appointment, constantly said “prime ministerial prerogative” to Mahathir’s many questionable decisions - but not anymore.

Mahathir started to push - the more he could get away with, the more he pushed. Manifestos were not cast in stone; Harapan wrote the manifesto thinking they won’t win. Local council elections will raise racial problems. Icerd goes against the constitution. We need a third national car. He said all this and more.

When Kim Quek wrote an article saying Mahathir should step down for reform to take place, Bersatu’s strategist Rais Hussin came up with a reply of which probably the main relevant point was that representation from Malays should not be spurned too quickly.

Sure, yes. But won’t that be accepting MPs who had already compromised themselves? There were previous reports that Umno divisions got money from its former president Najib Abdul Razak’s accounts with funds that came from 1MDB. All BN MPs must have known, given the level of reporting which included filings by the US Department of Justice, that Najib had stolen money from 1MDB.

Yet they supported him - not one of them went against Najib. By that token alone, it would be fair to assume that each one of these MPs who now want to join Harapan through Bersatu was complicit in the kleptocrat government. In other words, they are all tainted - no need for Bersatu to vet them.

Was it not Mahathir’s aim to get rid of kleptocracy and let the law take care of those who conspired with Najib? 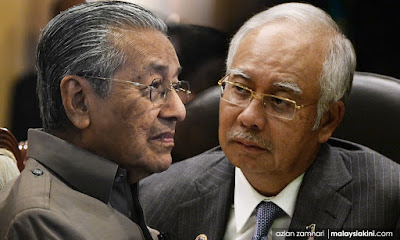 Why is he now doing things that go against this aim? The only answer is that Mahathir is prepared to tolerate corruption and even kleptocracy so long as the Malays held power - not power sharing but supremacy of the Malays, Ketuanan Melayu.

But his brand of ketuanan through Umno and his Umno-like Bersatu - which only allows Malays as members - is what brought the country to its knees leading to rampant kleptocracy. It has hurt the Malays most, except for the connected few commonly known as the Umnoputras.

This is, after all, a multi-racial country with Malays accounting for just over 50 percent of the population. Honest, corruption-free power-sharing is what is required with regard for all, and especially the poor, to take the country forward and bring it away from the Umno-style patronage and corruption, especially since the last half century after May 13, 1969.

Mahathir will not give up his aims of Malay supremacy without a fight. If getting rid of Najib was his only aim, he should have made way for Anwar by now. But no, his aims are larger than that which is why he jumped on to the winning bandwagon.
It is easier to understand Mahathir’s actions when we understand his motives. Mahathir is a Malay supremacist and therefore he will be a hindrance to honest reform. Harapan needs to think about how they can reform - with or without him. And how they are going to do it.