The 'Gelap' mentality of Kadir Jasin


Pak Kadir Jasin, once UMNO's mouthpiece was the "Group Editor" at the powerful NSTP (1988-2000) and then Editor-in-Chief of News Publishing Sdn Bhd] (2000-present). A fellow Kedahan to Mahathir, he is now the new PM's mouthpiece (at times unofficially when 'testing the public water' had to be done). Once he even acted as spokesman for the Council of Elders. 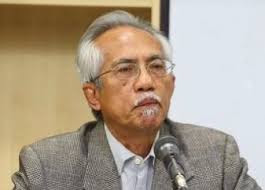 Our Pak Kadir seems to have a wee perennial problem with non-Malay Malaysians, wakakaka. My only mention of this is only because Pak Kadir is an educated person with a praiseworthy command of old-world English which he dispenses eruditely with overt politeness though at times tinged with sarcastic barbs and dislikes.

In February 2013, after an illegal intrusion by Filipino bandits into Lahad Datu Sabah, the aliens killed and mutilated a number of our policemen. Pak Kadir Jasin then slyly, sarcastically and sinisterly alluded that the Chinese (Malaysians) should join the police force. 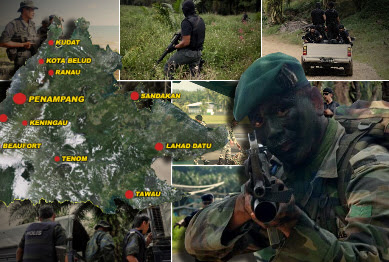 As mentioned above, Pak Kadir has always been polite in his words (mind, that's it, only in his written words, wakakaka) so in his polished pukka polite English he wrote (though not subtly, wakakaka):

As has always been the case, when we send our policemen and soldiers into battle and are killed or injured, the chances are they are Melayus and Bumiputeras.

Perhaps there is wisdom in getting more Chinese and Indians to join the armed forces so that they too can die for one Malaysia.

That was in 2013. Sadly, it seems in his ethnic resentment where he wished for Chinese and Indians to 'die' together with Malays for Malaysia, Pak Kadir had forgotten my reply to his article ‘I wish to remain a Malay’, published by the Centre for Policy Initiatives (CPI). My response was titled I wish to remain a M’sian – KTemoc replies Kadir Jasin a mere 3 years previously, in March 2010.

Then, in my CPI article I mentioned about non-Malays, specifically my uncles and their Chinese and Indian friends, serving in the Malayan and subsequently Malaysian Armed Forces fighting against the communist insurgents during the Emergency.

Nonetheless, in response to his sarcastic allusion to non-Malays not being in the Armed Services (military and police), I posted another article titled Chinese policemen to point out:

(a) firstly, Pak Kadir was so very wrong in his sly insult to Chinese on their purported 'reluctance' to join the Malaysian police and military to serve the nation, and

(b) secondly, the blatant but perennial lie of this ethnic-driven fabrication-myth.

In that post I listed several Chinese policemen who gave their lives in the course of their service to our nation. Please read my post to know how many Seri Pahlawan Gagah Perkasa (SP), the nation's highest award for valour, and Pingat Gagah Berani (PGB) were bestowed by the Agong to Chinese service personnel.

[see also my recent post Farewell to a Malaysian Hero]

I also modified my blog post into a letter to Malaysiakini for wider readership because it's damn bloody important to debunk the naughty but cheap racial and untrue insinuations when the reality has been that in recent years the 'nons' were 'hampered' in their desire to join the Police and Armed Forces.

But then, that was Pak Kadir and his bias against non-Malays.

Kadir's blog posting this morning, in which the latter questioned the reason for the police not arresting any Indian Malaysians over the riots related to the Sri Maha Mariamman temple in Subang Jaya earlier this week and the attack on Fire and Rescue Department personnel Muhammad Adib Muhammad Kassim.

“I am sorry to say, it is a bit difficult to understand how so many police personnel with state of the art equipment... did not see even one among the many Indian people who were there not committing any wrongdoings. It couldn't have been so dark (gelap) when so many vehicles were burned?

“So if it is true that police in the 21st century cannot see rioters because it was dark, I suggest the Home Ministry to request an allocation from the Finance Ministry to purchase torchlights for police personnel,” read his posting.

Ramasamy said he could not understand Kadir's motive for mentioning the word “gelap” twice.

“Is he suggesting that the police have difficulty in identifying the Indians who rioted because of their dark complexion?” he asked.

Ramasamy urged Kadir to heed Mahathir's advice today that freedom of speech does not mean a person can make provocative statements and not to exacerbate the situation.

Again, I have to reiterate that that was Pak Kadir and his bias against non-Malays.

He has been with Mahathir for aeons. Ameen.

(1) Why Chinese did NOT fight for a NON-existent Malaya-Malaysia?.