Why Tony Pua was booted from Selangor DAP leadership 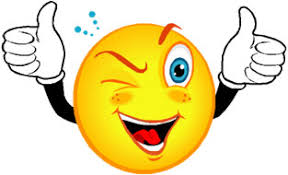 The delightful and overdue ouster of Tony Pua was NOT without indications as I had read the following TMI article last month. Reproducing it here for your perusal.

SELANGOR DAP grassroots leaders want to oust Tony Pua as the state chairman, claiming that he has lost touch with the ground, said party sources.

Pua’s detractors alleged that under his leadership, the state chapter has moved away from its members.

[kt's note: not surprised as I found him arrogant, elitist and overbearing - very un-Chinese as I posted in un-Chinese Tony Pua]

And they want more local leaders elected to the state’s committee in the coming state party elections.

But at the same time, there are fears of repercussion as Pua is seen to be close to the national leadership.

Damansara MP Pua is the special officer to Finance Minister Lim Guan Eng, the party’s secretary-general, and as such his foes do not want to act rashly.


So far, 45 individuals have been nominated in the state elections and the candidates have until November 26 to confirm their candidacy.

There is still time for backroom manoeuvring to foil any plot against Pua, said sources.

“We hope the elections this time will see more grassroots leaders elected. We don’t want any more dominance by a single faction.

“The grassroots have been feeling this way for some time. The central leadership is making decisions without consulting or considering members’ opinions at the state level,” said a source.

[kt's note: undeniably LGE has been over-controlling and over-bearing, even in his own party]

The dissatisfaction against Pua stems from, among others, the opaque selection of candidates during the 14th general election and the reduced appointment of councillors in local governments.

[kt's note: as I've often blogged on, old party veterans like Zul Nor was marginalised despite over 28 years of faithful service and sacrifices]


They said the grassroots were also unhappy over the way candidates were picked.

There are also fewer councillors after GE14, local leaders said.

“When there was still Pakatan Rakyat, the appointments were split three ways between DAP, PKR and PAS. Now under Pakatan Harapan, the appointments have to be split four ways with Amanah and Bersatu in the mix, leading to fewer appointments,” another source said.

Selangor exco Ng Sze Han has the backing of some local leaders to replace Tony Pua as state chairman.

While it is true that the quota for local councillors had been reduced for DAP in some Chinese-majority areas, it had also seen an increase in some Malay areas after the last general election. However, this did not appease the grassroots.
They are also not happy over the candidate selection for the Balakong by-election, which was triggered after the sudden death of its former assemblyman, Eddie Ng, in a car accident.

Former TV journalist Yunna Tan was first proposed for the seat, which upset many grassroots leaders who then took to the media to express their anger.

This escalated into a spat with Pua, who accused them of not respecting the party leadership.


The dispute was solved by a central party committee chaired by party elder Lim Kit Siang, which then picked former Subang Jaya councillor Wong Siew Ki to contest in Balakong.

I advise Lim Guan Eng not to be too haughty and to take note of his party's grassroot feelings about his style of leadership and also his inner coterie. Tokong should be mindful he's now dealing with the DAP party itself and not MCA or Gerakan.