I read a Nikkei Asian Review article about a year ago (or thereabouts) which was titled 'No dog in Malaysia's Lunar New Year decorations'. 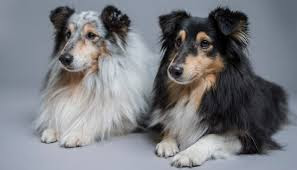 The article told us "Retailers of shopping malls especially in KL avoided displays of the zodiac sign of The Dog on worries of offending Muslims", wakakaka.

But before we blamed/blame the Muslim powers-that-be, the avoidance in displaying The Dog was due more to the decisions of the shopping malls themselves (especially in KL) which didn't want to offend Muslim customers, rather than Muslim customers demanding such action.

It's the same in Australia where such actions had stemmed more from ultra 'political correctness' rather than the commercial interests of Malaysian shopping malls. 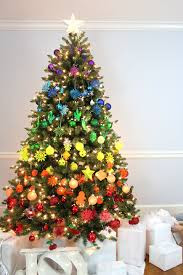 In this festive season, the usual Aussie ultra rightwing groups would come out of the woodwork to complain of schools and shoping malls avoiding erecting Christmas trees and other X'mas deco because they alleged Muslims and other non-Christian groups had objected, which was BS because I did not witness any such occurence of missing Christmas tree and deco in schools and shopping malls.

Shopping malls in last CNY celebrations in KL stuck to neutral deco like plum blossoms and other ornaments (banners, lights) in auspicious red color, but studiously avoided any image or icon of The Dog. You would not have thought that it was the Year of Dog, one of the 12 animals in the Chinese astrological calendar. 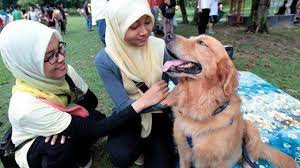 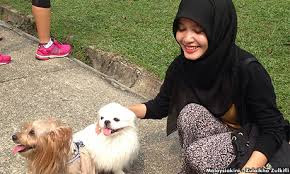 The ridiculousness of 'political correctness' (or commercial interests) even saw a festive T-shirt sold by a supermarket chain, but which was emblazoned ONLY with images of 10 animals except for dog and pig. The two animals were substituted by their Chinese characters.

It would have been more dignified to the Chinese community if those malls had substituted The Dog with The Cat, wakakaka, and Piggy with the Camel.

Mind you, in some sects of Islam, the Camel is haram as it does not have 'split hoof'. Many of you might not know this but even The Rabbit is haram, being alike to the Camel. I am of course following the Hebraic laws as espoused in Leviticus 11:1-7:

And the Lord spake unto Moses and to Aaron, saying unto them,

2 Speak unto the children of Israel, saying, These are the beasts which ye shall eat among all the beasts that are on the earth.

3 Whatsoever parteth the hoof, and is clovenfooted, and cheweth the cud, among the beasts, that shall ye eat.

4 Nevertheless these shall ye not eat of them that chew the cud, or of them that divide the hoof: as the camel, because he cheweth the cud, but divideth not the hoof; he is unclean unto you.

5 And the coney, because he cheweth the cud, but divideth not the hoof; he is unclean unto you.

6 And the hare, because he cheweth the cud, but divideth not the hoof; he is unclean unto you.

7 And the swine, though he divide the hoof, and be clovenfooted, yet he cheweth not the cud; he is unclean to you.

While we Malaysians know Dogs and Pigs (swines) are 'dirty' to Muslims, I wonder why the camel and rabbit (coney, hare) doesn't seem to be. Shiites won't eat camel meat as they consider camels as 'unclean' but Sunnis do. 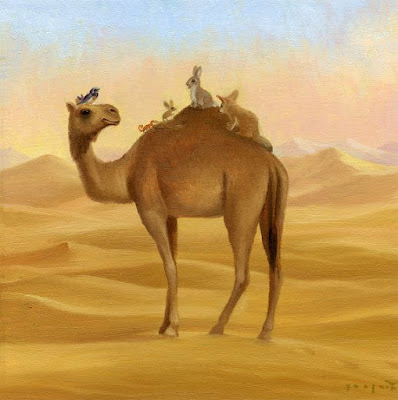 Yes, because The Dog and The Pig are considered unclean by the country's Muslim majority, the shop owners and ethnic Chinese-owned retailers are self-censoring to avoid unnecessary backlash.

Though I mentioend that the powers-that-be should NOT be blamed, that's not entirely true as JAKIM had previously ordered a US fast-food chain Auntie Anne's to rename its "Pretzel Dog" to "Pretzel Sausage" to avoid putting off Muslims. Wakakaka. 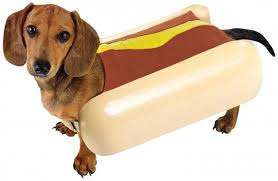 But some Malay-Muslim shoppers believed those malls have overreacted to the detriment of Muslim reputation, putting Muslims in a negative light. Zarinah Zainal, a Muslim businesswoman said:
"It's just a logo. I don't understand why they are so afraid."

Today JAKIM is far more tolerant, even asking the public to respect the use of those animals as part of the Chinese celebration. It said "moderation" is part of the government's policy to maintain unity in the multi-ethnic country. But there have been some politicians who would always exploit such religious issues. 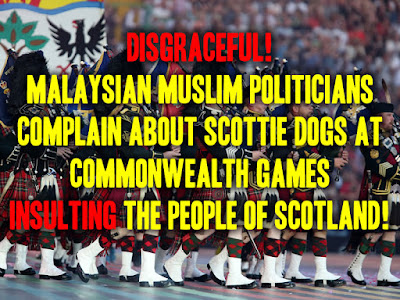 But expectations have been that businesses, Chinese businesses, are unlikely to take any chances especially for the coming CNY, wakakaka. The next lunar-solar CNY will be a challenge for their innovativeness because the year of The Dog ends and will be replaced by the year of THE PIG.

Be that as it may be, what about the usual yearly calenders? Will those publishing calendars for Chinese vis-a-vis the lunar dates, celebrations and festivals avoid the picture or photo of a pig?

Remember the picture below?

As can be read, the general Malays are open-minded and don't care if it's the Chinese Lunar-Solar Year of the Dog or Pig - it's actually the Chinese businessmen who did or do. So we hope for the coming Lunar-Solar Chinese New Year, the publishers of Chinese-style calendar will not omit our dear Piggy. 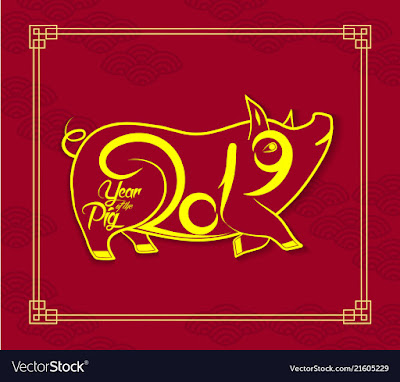 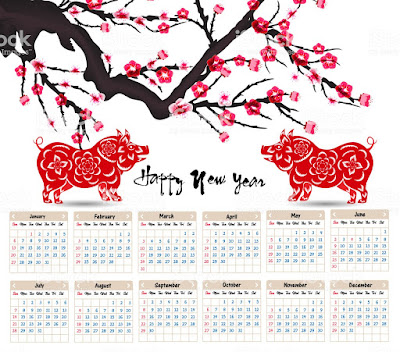