"Calm" before the storm 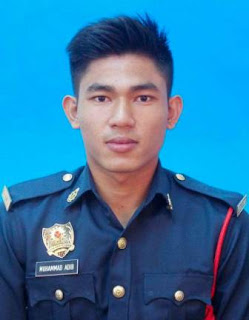 KUALA LUMPUR, Dec 21 — Pakatan Harapan must speed up investigations and prosecution if it is to stem the slide in Malay support following the death of firefighter Muhammad Adib Mohd Kassim, analysts have said.

Though Adib’s death was not due to an interracial clash, those polled have noted the burning anger within the Malay demographic group towards certain ethnic Indian lawmakers from the ruling coalition whose initials remarks suggested one.

“It might create uncertainty if no immediate action is taken,” Sivamurugan Pandian from Universiti Sains Malaysia (USM) told Malay Mail.

Already, a coalition of Muslim organisations known as Gerakan Pembela Ummah are calling for a #Justice4Adib solidarity rally outside Masjid Putra in Putrajaya after Friday prayers today — which was also the date the slain fireman was to wed his fiancee Nurul Najihah Mohd Radzi.

The same Muslim coalition demanded the Pakatan Harapan (PH) government rescind its moratorium[a] on the death penalty 24 hours after Adib’s death so it can be used on those convicted of his murder.

Ummah is also clamouring for the removal of the PH ministers from government and the use of the Sedition Act against them. It will march to deliver its memorandum to the Prime Minister’s Office.

Sivamurugan said the government cannot afford to be seen to delay justice, even if it wanted to ensure the rule of law is applied properly.

With the public restive, continued calls for calm from those in positions of power have had the opposite effect.

“Many irresponsible parties were involved. All should be prosecuted without delay so that it does not create crisis of confidence towards the authorities,” the USM political sociology professor said.

Datuk Agus Yusoff of Universiti Kebangsaan Malaysia (UKM) said whether or not PH suffers a Malay backlash hinges on the actions of its leaders in the next few days.

“But the problem is they have been issuing unwise statements like ‘keep calm’,” the associate professor of UKM’s history, politics, and strategy school said.

“What their leaders should say is ‘we promise stern action and heavy punishment to all those found guilty, and swift justice will be delivered’.

“How can you tell people to keep calm when they are angry? It’s a stupid thing to say,” he added. 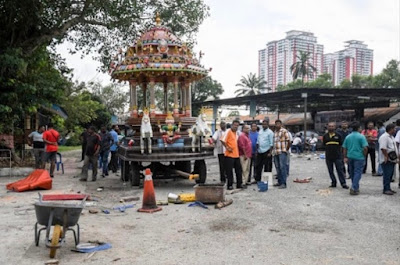 Indeed, as I wrote in my post Words that annoy!:

I had stated this, my bêtes noire (bugbear), in my Facebook some weeks ago because I was highly riled whenever I read of the word within a certain context - no, not as in 'a calm sea' or 'the calm before the storm' etc.


The annoying 'certain' context would be when (and regrettably just too often) we have politicians or so-called national leaders (from both sides of the political fence) advising us to 'remain calm', even in situations which didn't trouble us in the least.

Thus such advice would be useless and worse, rather patronizing, as if we are budak-budak kecil to be calmed (f**k) ... er ... I mean ... soothed. 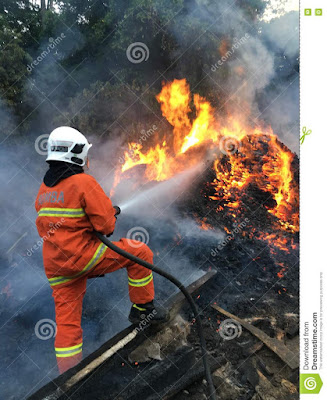 Sadly the undeniable mob-murder of Muhammad Adib has been more tragic because the late fireman was an emergency first-responder who had rushed to the dire scene with his mates to HELP the public but t'was some (already-identified) members of the public who slaughtered him.

As Penang Hokkiens would say "Choe hoe sim, haw lui chim", which translates into "The Samaritan is struck by lightning during his compassionate duties".

It didn't matter he was a Malay but alas, to make a tragic matter even worse, he was. Thus there prevails this immense sense of injustice amongst the Malay community, made much worse by some religious leaders calling for an 'eye-for-an-eye'. The  general community is seething with fury. 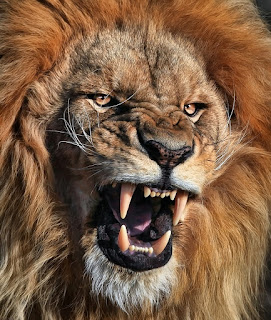 Nonethless, the government must not falter as a result of populist considerations into, as demanded by some ultra groups, rescinding its moratorium[a] on the death penalty. That will be even more tragic.

Much as I may be condemned, I have to tell it as we all saw it happened, namely, that it's also not true Adib’s death was not due to an interracial clash.

The temple tragedy unfolded with no doubt a suspected commecial-interested attack on the holy building but which unfortunately developed into a religious-racial clash a la the notorious Kerling incident decades ago, where pious but mindless religiously fanatical defenders saw the overriding need to defend the abode of the Goddess. Alas, Muhammad Adib was the totally-innocent victim of this religious-racial clash. 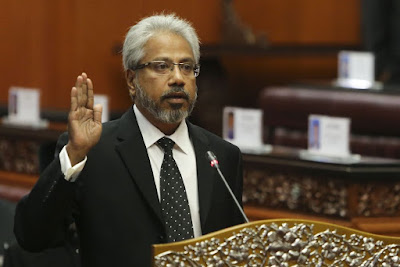 Now the surrogate target for Malay anger has centred on poor Waythamoorthy, who alas has NOT been brilliant at all in this civil-social-religious catastrophe.

For a start, the blame for the sad ruckus (not the murder per se) was started by recalcitrant members of one faction of the temple authorities who obdurately refused to move despite a 2014 court order, a provided subtituted piece of land for a new temple, and huge monetary compensation in the millions. The challenging chant should be "Apa lagi Hindu dari kuil Seafield mahu?"


Yes, poor Waytha was caught between the rival temple factions, though many suspect he was more than a willing captive as his words and actions were, to say the least, confusing and perplexing.

The much aggrieved Hindu Indians have been harbouring humongous grievance and resentment over serial temple demolitions throughout the years, so much so that Waytha, ironically the Minister for National Unity, had publicly lamented the wanton destruction of 10,000 Hindu temples.

10,000 Hindu temples conjured up images of a virtual township of Hindu temples a la the Angkor Wat-Angkor Thom complex, when in reality, we know from our personal knowledge that most of these 10,000 so-called temples had been very small-Lilliputan shrines beneath trees or besides rocks that couldn't even have accommodated the presence of a adult human being standing inside each of them. 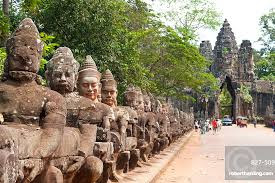 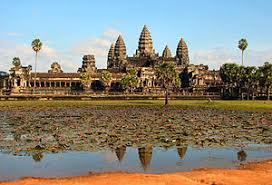 Those Lilliputan shrines had sprung up like wild mushrooms after a storm, thus their demolition should not be seen in the same light as a hypothetical demolition of a Batu-Cve-type temple

The hyperbole of "10,000 temples" was not helpful to calming the average already much-aggrieved Hindu.

Whatever it was, the current situation has developed to its now tinder dry status, with very angry (and in some cases, provoked) Malays waiting impatiently to avenge Muhammad Adib.

The government must no longer drag its feet and should act firmly in bringing those responsible to due justice for dragging fireman Adib out of his fire truck and beating him to his eventual death. Justice seen is at least justice done in the eyes of the angry.

As they say in law, "Speed is of the essence".