Who's the Hero, Who's the Villain? - Ramayana

Like most SE Asians, I have always been enthralled by tales from the Ramayana. But not unlike the current movement to rehabilitate Judas Iscariot, some modern Ramayana scholars have questioned the true nature of the epic’s typified heroic Rama and demonic Ravana. The two chief antagonists of the Ramayana have had their roles in the saga re-evaluated. 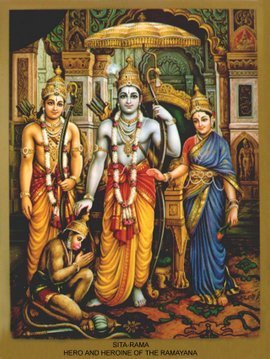 What has emerged has been something that would have been previously considered as an unimaginable proposition, namely a role reversal between Rama and Ravana – that is, Rama was a cad in many ways while Ravana was a chivalrous hero of sorts. Some conservative Hindus may even take that proposition as blasphemous. 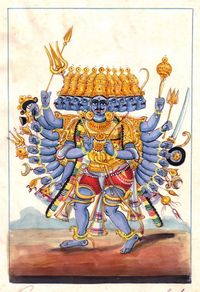 The thrust of the new arguments has been along the lines of perceived Aryan or northern racism in the unfair demonization of Ravana. The proponents of these re-evaluations claim that the non-Aryan Ravana was unjustly tarred and feathered while the many sins of the Aryan Rama were conveniently overlooked and arrogantly never explained, except by modern Ramayana scholars looking for a PhD thesis. I have read one such explanation into Rama's sins and have to say it had been quite cleverly done.