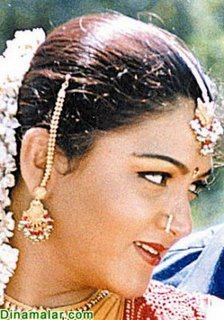 Late last year in my posting Virginity in Tamilnadu Vital to Tamil-hood, I lamented how Indian male chauvinism resulted in actress Kushboo being slapped with 28 charges for trial in an Indian court, all because she had the guts to say what was obvious, namely, men should no longer expect their brides to be virgins (virgins? what's that?).

As a followup to that Tamilnadu virginity issue I posted The High Altar of Virginity for discussion about society''s attitude towards that piece of female tissue called the hymen.

Kushboo had also provided damn good advice to youngsters to use protection when indulging in premarital sex, because of the danger of contacting AIDS. But uh uh, nice Indian ladies couldn't be permitted to talk about premarital sex, even when reality tells us every Indian young male wants to bonk away a.s.a.p. 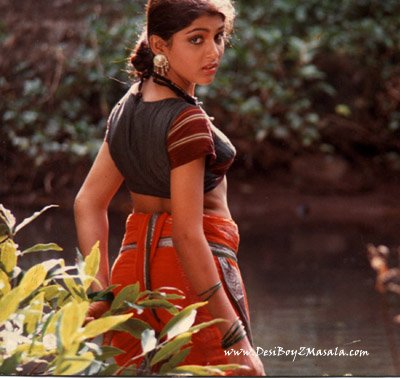 Journalist Swati Das of the Times of India said:

“Anywhere else, Khushboo would have been called an anti-AIDS spokesperson and perhaps even feted, but not Tamil Nadu with its insular politics and blinkered politicians.”


“It was almost as if the state was being guided by some Taliban-type morality inspectors."


Poor Kushboo was eventually forced into humiliating backdown because of the threat of jail and possibly being barred from the movie industry.

Looks like Malaysia is not so bad afterall, in a relative sense. 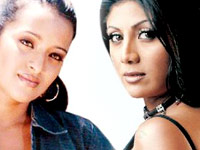 Now, some more Indian Talibans to show that the Kushboo persecution was not the end of it, have now accused actresses Shilpa Shetty and Reema Sen for 'posing in an obscene manner' in photographs published in a Tamil evening newspaper.

What a nasty bloke who probably got f**k-all else to do. Unfortunately India and in particular Tamilnadu has a notoriety for ultra male chauvinism of the nastiest order. A lawyer was once reported as saying he wanted to slap actress Kushboo for having the bloody nerve to talk about the loss of virginity.

Perhaps this may explained why in the Hindu epic, the Mahabharata, its heroine Draupadi who was married to the 5 Pandavas brothers, all at the same time, became a virgin each successive night for each of the bridegrooms - by divine intervention of course, an amazing gynaecological feat equalled by Japanese surgeons today who promise adventurous Japanese ladies the restoration of their maidenly virtues. It's just as well author Valkimi Vyasa* wrote the story as such or he would have been hauled in for execution several thousands ago.

* corrected on advice from visitor 'Unknown'

Actress Shilpa’s spokesperson claimed she was unavailable for comment because she is out of the country, travelling to New York, where she is attending a Bangladeshi convention. He said Shilpa had not received any court notice, summons or warrant. She had heard of the case only from the media, and her lawyer would respond after she receives the notice.

He also said the photograph in question was a freeze-frame shot from a Kannada film called Auto Shankar that Shilpa starred in. The picture had been used on publicity hoardings, and the Tamil evening newspaper in question had reproduced it.

Guess who would be the first two blokes to rush to see the film?
Posted by KTemoc at 3:38 pm