FMT on DAP leaders getting smug (an article by TK Chua, abbreviated by kt): 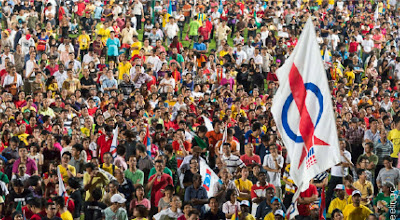 Four DAP representatives – one MP and three assemblymen – quit the party recently. The episode has generated much discussion and doubts have arisen among supporters, adversaries and ordinary voters about the stability of the party. What has happened to the party? It is unprecedented to say the least. [...]

I don’t think these representatives were enticed to leave DAP by an external source. I don’t think Barisan Nasional or any other political party is interested in them right now. [...]

So why did they quit? I think it is more because of their personal frustration and disappointment rather than their intent to throw a spanner in the works for the DAP.

Whether we like it or not, some DAP leaders are more capable and dynamic than others, especially the younger and more educated ones. Some have formed the inner core, leaving many minor leaders at the periphery.

I think feelings of jealousy and being sidelined are real among older party comrades who struggled for many years earlier without much success. The more recent ones have benefited from being elected and appointed to positions in state governments very quickly. I could easily name many who were nominated by the party to stand in winnable seats even though they were still wet behind the ears. [...]

I think the elite core of DAP has become smug. They think the party’s idealism and struggle are sufficient to galvanise support among the rank and file in the party.

Well, in any party, there are grassroots leaders, organisers, motivators, and minor leaders who need recognition, support, rewards and nurturing. [...]

There must be humility in consultation with minor leaders even if their ideas are eventually rejected.

In earlier days when the DAP was still struggling to gain a more firm foothold in Malaysian politics, I suspect their leaders could be ultra paranoid about who could join the party, and went about vetting membership applications with perhaps a tight-ass mentality, wakakaka. 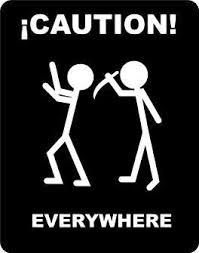 Perhaps they feared infiltration, with the party becoming embedded with sleepers. The old Malay saying, 'Musuh dalam selimut' was then much feared.

Members of the DAP especially its leadership lived like Spartans - politically disciplined, hardy, principled, courageous, self-sacrificing, and as a cohesive team, etc. 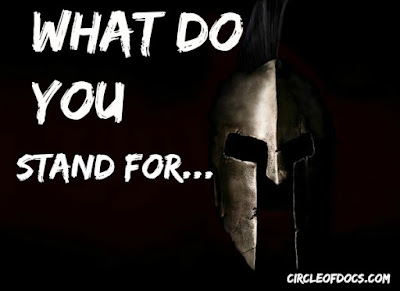 Apart from that besieged paranoia, there was the deniable reality of Malays in general ignoring the DAP, seeing it as a party dominated by mainly-nons who wanted to dismantle the NEP, the manna of the Heartland.

Still, some Malays became members, but other than Ahmad Nor, none were at that time successful as DAP election candidates. Nonetheless they plodded on as DAP Spartans, like my Penang lang Zulkifli Mohd Noor who was with the DAP for 26 years until he resigned on 24 Oct 2013.


Zul stood as a federal candidate for DAP in my favourite federal constituency of Bukit Bendera (where my hometown of Ayer Itam is) in the 2004 general election.

But the DAP candidate in Bukit Bendera in 2004 was Zulkifli Mohd Noor.

Note: Ahmad Nor was the first DAP MP, He won the federal constituency of Bayan Baru in Penang in the 1990 general election. 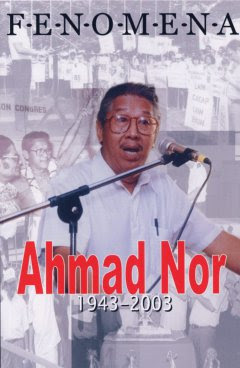 Even if all 14% Malays in that constituency had turned up to cast their ballots for Zulkifli in 2004 (which was as likely as war criminal Binjamin Netanyahu withdrawing Israeli military and settlers back behind the 1967 borders), he wouldn’t get more than 5,000 votes.

Thus, despite being parachuted into B. Bendera at the eleventh hour, Zul did remarkably well. It's a pity and to kaytee's immense regret that he didn't stand again in the same constituency in 2008 as the political tsunami of that year would have carried him home to victory with a probable landslide majority.

But alas, in 2008 he was replaced by relatively newcomer Liew Chin Tong, and this was exactly what TK Chua wrote (as above):


I think feelings of jealousy and being sidelined are real among older party comrades who struggled for many years earlier without much success. The more recent ones have benefited from being elected and appointed to positions in state governments very quickly. I could easily name many who were nominated by the party to stand in winnable seats even though they were still wet behind the ears.

Now, this is not an indictment on Liew Chin Tong who has been the party strategist who in recent years recruited many Malays into DAP. But it's a review of how the DAP had marginalised Zul from mainstream politics, replacing the old for the new.

Whether Zul was jealous or not of the party's johnnies-come-lately, he nonetheless left the DAP, a drastic move for a member who was in DAP for 26 years.

I presume he resigned out of wretched frustration, especially following the 2013 elections, where I studiously looked for him but alas, again he was NOT nominated by the DAP as a candidate - Zairil Khir was for B Bendera.

Again, nothing against Zairil but if Zairil was nominated as the BB candidate, why not Zul?

On Zul's resignation, unlike those hard-up PAS Aduns in Selangor who clung on desperately to their appointed posts, he relinquished three party and government-link company (GLC) positions, saying he lost confidence in the party leadership, which he claimed (via FMT) as being too self-centred and seeking only selfish political goals.

He stated: “I believe the current DAP leaders have swayed far away from the party original struggle based on socialist-democrat ideals. This can be seen from their leadership style and policies in both party and state government.”

You must have heard of the Arabian Nights story of Aladdin (would you believe he was a Chinese?), in which the sly sorcerer (an Arab) cried out "New lamps for old lamps".

Well, the DAP in my sad opinion did just that, putting up new whiz kids like Tony Pua to replace (and sideline) old warriors like Zul.

Additionally, DAP's iron grip on Penang and the fact of it winning the most number of federal seats among the opposition made the DAP core leadership too f**king (in TK Chua's lovely choice of word) smug.

Also, with LKS now going about his questionable way with his old archfiend ... ooops I mean ... archfoe, who he had berated kau kau for more than 45 years, I wonder with much trepidation as to where the DAP, under the current corp of leadership, is heading?

I worry for the DAP.