Many years ago (or Once upon a time, wakakaka) ... well I exaggerate as it was about 5 years ago when RPK wrote (extracts only):

The only thing that can save Umno would be the Malay votes -- that determine roughly two-thirds of the seats in West Malaysia.

While that might have been so 5 years ago, and may even be true in the coming election, Ah Jib Gor hasn't quite given up on the Chinese votes, at least openly.

Today he faces significant Malay opposition in Mahathir and his Pribumi Party (though one wonders how significant this would be), thus some Chinese support for his BN will be most welcomed. Every little bit helps. As Julia Carney wrote in 1845: 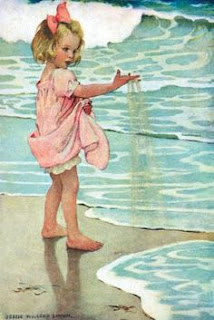 Little drops of water,
little grains of sand,
make the mighty ocean
and the beauteous land.

And the little moments,
humble though they may be,
make the mighty ages
of eternity.

Little deeds of kindness,
little words of love,
make our earth an Eden,
like the heaven above.

5 years ago too, I wrote, among other things wakakaka, for us not to underestimate sly sneaky scheming Ah Jib Gor (Najib).

The fact that he told Chinese to address him as Ah Jib Gor (Gor meaning elder brother a la Abang, wakakaka) indicates his attempt to court the Chinese or rather their votes.

They say the way to a man's heart is through his stomach, meaning a woman who cooks well can win a man's affection, though some of my naughtier mateys argued the stomach is a target way too "high", wakakaka.

Well, the way to a Chinese heart (not a young Chinese heart but a middle-age or elderly Chinese's or parents) is through good standard education.

* in yonder years UMNO aspirants for the PM post must try to be Education Minister so as to able to win UMNO grassroot support as a considerable number of UMNO members were Malay teachers. Those UMNO Education ministers like Mahathir, Anwar, etc would fiddle around with and thus fucked up the education system repetitively to win the hearts of the Heartland and Malay teachers

Well, it started like so (ignoring the low standard national system in preference for the far higher vernacular system) but after 35 years or so, pursuing vernacular education per se has become the new objective because, would you believe it, the Chinese are still chasing after a good standard educational system which coincidentally only Chinese schooling provides in Malaysia today, at least to Chinese perception.

Dear Ah Jib Gor pulled a stunner by stating in unequivocal terms that vernacular schools are part of Malaysia's education system and will not be removed.

The MM Online reported in its PM: Chinese education here to stay (in full):

Najib also highlighted that he had taken measures to safeguard the independence of Chinese schools when he had been education minister.

"We have the National Blue Print for education that makes sure that national type schools (Chinese) are enshrined in that document as a commitment of the Barisan Nasional government that Chinese education is here today, and to continue to serve our community and nation," he said at the opening of the new blocks of Chung Hua School No. 4.

"When I was an education minister, I repealed Section 21(2) of the Education Act that empowered the minister to convert Chinese school into national type school," he added.

The prime minister further said he was considering a branch campus of a Chinese university in Kuala Lumpur, which would be a first in Malaysia.

Najib said that, as finance minister, he never failed to provide allocations to Chinese schools, noting that RM50 million was set aside this year.

"I also encouraged my son to learn Mandarin, he is now very proficient in it, and wherever he goes in Beijing, he is very popular with the Chinese there," the prime minister added.

He said the current era has made it more important than before for Malaysians to be connected to the rest of the world.

Learning languages such as Mandarin and English was one way to do so, Najib said.

I fear for the DAP as Najib must and would have apparently warmed the cockles of the men and women from Dong Zong. 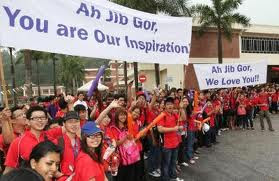 This is the first time in the last 50 years that the leader of the country has been officially invited to attend a Dong Zong event. [...

It was reported in a Chinese daily yesterday that in Johor Baru, 85 Chinese-based organisations came forward to express their support for the premier to attend the open house and said they looked forward to meeting him.

At that time, Dong Zong showed to Ah Jib Gor it was independent of opposition politics and only interested in vernacular education.

Thus I am confident of my earlier assertion that Najib must and would have warmed the cockles of the men and women from Dong Zong with his affirmation of vernacular education having a permanent place in Malaysian education.

One of the central pillars of Chinese culture has always been ‘education’. Every Chinese, especially those from the disadvantaged social strata, aspires for his or her children to make it good via an education, to become a Mandarin (official in Chinese Kingdoms), to ‘rise above the muddy waters and bloom like a lotus’. That’s why many Chinese named their daughters ‘Lian' or 'Lotus’. 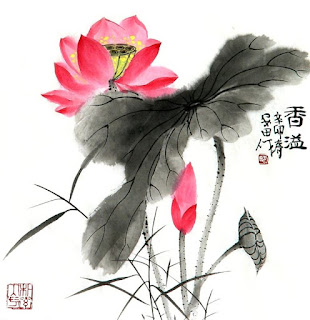 Chinese folklore has many glorious tales of a poor peasant's son becoming the Emperor’s Mandarin, through the young man’s arduous and brilliant studies. Those historical tales have inspired Chinese society to educate their children well.

In Malaya, in the 50's and 60's, legends abound of prominent Chinese surgeons, engineers and other notables of society who were children of poor hawkers or coolies, so poor that they had to study by the street lamps or flickering candles during their school days.

Those young lads, hardly in their teens, were also required to work for the family’s survival that it was a wonder how they managed to combine their studies with their apprenticeships as hawkers and labourers. Some even walked umpteen miles to reach school. But they eventually attained their exalted positions.

That is why education is a very sensitive issue with Chinese Malaysians. That has been why the Chinese in Malaysia have virtually abandoned the national education system which they consider to have dodgy standards.

Chinese parents there have been known to mortgage their houses and worldly possessions to send their children abroad for tertiary education in Australia, New Zealand, UK, Canada, USA, China, India etc. Many have left very comfortable positions and lives to migrate abroad for such educational reasons. 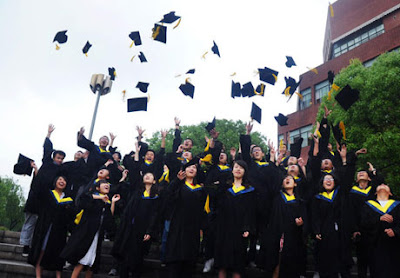 Alas, some have mistakenly believed Chinese preference for vernacular education as racist but as can be seen, the true reason is provided above.

In a sense, Chinese possess absolute confidence in themselves (or in their children) to 'make it' once they have the necessary education. Thus to deny them their desired education would be akin to sending them a signal they would be 'suppressed' culturally, intellectually, socially and economically - hardly a message to warm them towards the signaller.

So, with that educational good news (policy or bribery, depending on your political affiliation), Najib have sensed and sent the right message to/for Chinese (exceptions would be young angry Chinese).

Though he has indirectly boasted of his son's proficiency in Mandarin, he has quite smartly not mentioned his wife can sing in Mandarin too, wakakaka. Chinese are like Malays in that they don't like boastful braggers.

Incidentally, Rosmah's fave mandarin song seems to be 月亮代表我的心 or 'The Moon represents my heart'. I wonder whether it carries a subtle message of UMNO's woo-ing of PAS in a Malay-Muslim Unity gambit, wakakaka.

Ah Jib Gor has certainly just brandished his pro Chinese credentials with his confirmation of vernacular education in our system.

And for a killer punch, Ah Jib Gor should, apart from considering a branch campus of a Chinese university in Kuala Lumpur, approve Han Chiang College as a university college as well as recognize the Unified Examination Certificate (UEC) of the Chinese independent high schools.

I bet you that will shake Pakatan to its core, and give MCA, Dong Zong, Chinese elderly and Chinese parents orgasmic delights to no ends. 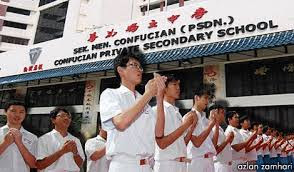 I am not joking. Ah Jib Gor can win one hell of a back swing to the BN by many Chinese voters.

Why do you think the Chinese have been pissed off with the BN when the UEC-SML is recognized as a qualification for entrance into many tertiary educational institutions around the world, including the United Kingdom, the United States, Taiwan, Hong Kong, China, Singapore, Australia, Canada and many others except the country of its origin, Malaysia.

You work out the reason why the Malaysian authority choose to be the exception.

Dr Kua Kia Siong also informed us in his book, Protean Saga: The Chinese Schools of Malaysia, Dr Mahathir as Education Minister must have hated the idea and existence of the UEC so much that when he heard about Dong Jiao Zong's plans for it, he summoned the Chinese educationalists to parliament and told the leaders "... that UEC had better not be held or else ... He did not ask for any response and dismissed the Chinese educationalists with a curt ... 'that is all'." 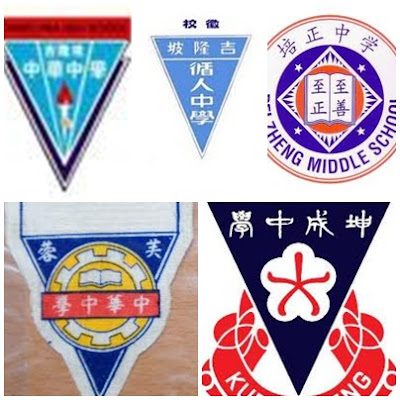 That was in 1975. Obviously Dong Jiao Zong didn't give two hoots to his nonsensical racist warning, and correctly so as the 60 independent Chinese high schools in Malaysia (with 23 in East Malaysia) have been funded privately by the Chinese community and philanthropists like the late Lim Lean Teng, who was Han Chiang's long time benefactor.

So if Ah Jib Gor were to follow up his 'vernacular schools are here to stay' by saying his government will recognize the UEC, I urge the DAP to watch out for some Chinese swing over to the BN.

Yes sir, Ah Jib Gor has not been known as a survivor for nothing.