An enforcement director told the newspaper that the sign does not mean a restaurant is classified “halal” or permissible under Islam, and thus action can be taken under Sections 28 and 29 of the Trade Descriptions Act 2011 for attempting to confuse Muslims through Quranic verses and objects. [...]

“The issue of halal is a much talked about matter...besides the halal certification which has been constantly exploited by certain parties... now we have this ‘no pork’ sign that is raising all sorts of perceptions and different meanings.

“Maybe they feel the sign of ‘no pork’ and ‘pork-free’ shows a restaurant is halal but this incorrect as the halal certification comes from Jakim only,” PPIM chief Datuk Nadzim Johan said.

A week ago, this Nadzim Johan was chewed kau kau by Dr Ahmad Farouk Musa, Chairman of the Islamic Renaissance Front (IRF), for the former's call for a logo to inform some Muslims who are “not that smart” in differentiating an item with pig-derived parts. 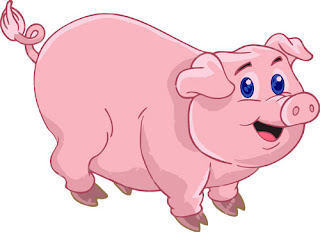 Dr Ahmad Farouk Musa said that calling for a pig logo is an insult to the intelligence of the Muslims.

Of course Nadzim was insulting some Muslims' intelligence because he referred to them specifically as Muslims who are “not that smart” in differentiating an item with pig-derived parts.

I suspect that Nadzim bloke just wanted to make a name for himself by being extraordinarily kay-poh.

How dare he suggested that 'no pork' sign raises doubts on whether food and beverages in these premises meet the criteria of Jakim standards.

If there is NO 'halal certification' signs displayed by restaurants, then it's the responsibilities of Muslims like Nadzim Johan and his PPIM cohorts to not eat there.

There is no law that prevents a restaurant from displaying signs like 'no pork', 'no beef', 'no gluten', 'no MSG', 'no spitting', or 'no idiot permitted'.

Many years ago, a (Mamak) Muslim consumer organization in, I think, Penang, also created a scene about hot-cross buns, a speciality served prior to Easter. Those buns were NOT described as 'hot moon buns'. 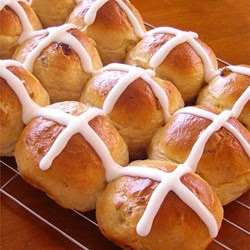 No one then had asked Muslims to buy hot-cross buns but he just wanted to make 'noise', to show he was a pahlawan of Islam. It was an early indication of politicized Muslim intrusion into nons' lives. 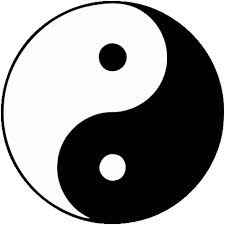 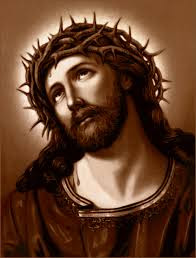 Similarly, it's outrageous that the Domestic Trade, Consumerism and Co-operatives Ministry could allude to interfering with restaurants having “no pork” signs, on the preposterous arguments that those signs were meant to deceive Muslim consumers into dining there.

There are Chinese restaurants which do not serve any or some form of meat because that's how their customers want the food to be. Some specifically assure them there's no pork at all, as pork is the form of meat most likely to be served (especially in northern Malaysia, well, north of Taiping).

Chinese and Indian non-Muslims have had enough of the frequent intrusion into our lives by government ministries and Islamic organizations. Please stay the f**k out of our affairs or should we place a sign saying offensively 'No Muslim please'?

Really, the onus should be on Muslims to be alert to their dietary constraints, not for restaurants to explain what is the difference between 'no pork' and 'halal certified'.

And as Dr Ahmad Farouk Musa said, PPIM is adversely questioning the intelligence of Muslims. That Nadzim character should be called up by JAKIM for serious counselling for insulting Muslims.