45 years ago in Melbourne, Australia, a Catholic priest conducted Satanic rites including murders and paedophilic abuses in a Catholic Church over a period of time.

A victim of the paedophile priest gave a sworn statement to the Archdiocese in November 1999. He stated that he was first abused by the priest as an 11-year-old, while serving as an altar boy at the Sacred Heart Church in Sandringham and attending a Catholic school.

For three years he was repeatedly sexually and physically abused during the Satanic rituals by the priest and others. He escaped when he was 14.

The victim who is now a 56-year-old man wishes to remain anonymous. He recalled at least three deaths - a young woman, a young man and a young child - that occurred during the rituals over a number of years.

The priest slit the throats of 2 and chopped up the 3rd with an axe. I wonder whether he performed the last rites for them?

The bodies were also mutilated and dismembered after the killings. The bloke certainly liked more than just ritualistic blood. Apparently (and mercifully) the murdered victims were drugged before being killed. Sometimes animals, including cats, were also killed during the rituals. The small boy was forced to take part in the rituals during which he was sexually abused by the priest and others present in the ceremonies.

Just imagine an 11-year old boy being indoctrinated with that kind of evil!

Some of the rituals took place in an old house owned by the Catholic Church in Sandringham, where the new Sacred Heart Church now stands. The victim said: “It would have been impossible to sprinkle enough Holy Water on that site to purify it before building a new church on it.”

While claims of Satanic rituals and ritualised sexual abuse by victims are nothing new, what has been surprising has been the Melbourne Archdiocese’s acceptance of the victim's claims as being true. Of course the Church engaged an independent Queen's Counsel (QC) to investigate into his allegations. The QC found validity in the victim's accusations.

The Australian Catholic Church has made financial compensation to the man, and Cardinal George Pell, currently the No 1 Prelate in Australia, and who was Archbishop of Melbourne in 2001, wrote an apology to the victim.

The victim said he had decided to speak out now after the recent trial in the US of Catholic priest Gerald Robinson, who was found guilty of the ritualised murder of a nun. I blogged on that in Catholic Priest in Satanic Murder. 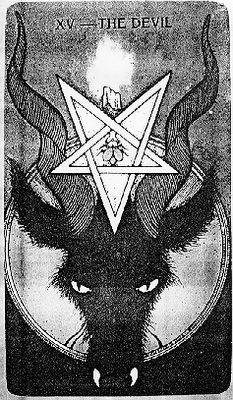 The victim had reported to police in Victoria (one of Australia's states, where Melbourne is its capital) in 1998, one year before he turned to the Church, and was promised by the cops that details would be passed to the homicide squad, but as in the US case, recent checks by the press found nothing was done. Australia has a powerful Catholic presence and such seemingly blasphemy involving wild and bizarre accusations against a priest undoubtedly wasn’t well received.

The Satanic priest had since died, or has he? If he was a Satan worshipper, would dark forces keep him alive? Would the Catholic Church now dig him up for burial elsewhere, in non-consecrated land? Hmmm, it would be interesting if they were to find his coffin empty ;-) And what will they do to re-consecrate the Sacred Heart Church in Sandringham?

Mid last year I posted the The Romanian Exorcist, where I blogged on the case of a Romanian Orthodox priest in Tanacu, Romania, who crucified a nun – yes, with nails and the whole blooming lot - and then celebrated her funeral as a triumph of good over evil. He claimed that the murdered nun was possessed by the devil.

But surely the Melbourne case of Satanic worship in its unmitigated evil far exceeded those of the Romanian and US cases, which were more of misogynous hatred.