In the olden days, the Emperor was considered an Immortal, which is not entirely unlike today. And we know like ancient people appeased the immortals through sacrifices. Today, symbolic blood must be spilled on the altar as the Aztec had once spilled blood to please Huitzilopochtli, the Sun God. 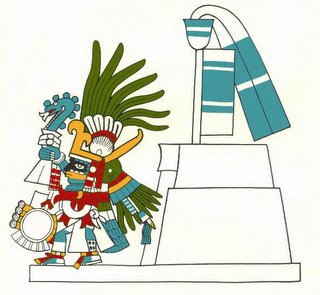 The Gods have boomed their displeasure at the mortal entity, called China Press, for its irreverence in the saga of the naked woman doing penance before one of Gods’ imps. China Press had blasphemed against Divinity by identifying the sacrifice as of a certain stock.

China Press, on hearing Coatepec (Snake Mountain) rumbled with thunder loudly, fears the divine thunderbolt. So it has made 2 sacrifices. 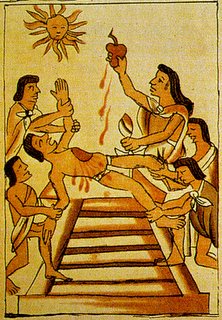 The sacrificial gifts to appease the Gods are fortunately not naked virgins but two high-ranking nobles of China Press with ranks of ‘editors’. They have been consigned not to Hell but just sideways to Purgatory. The axe has fallen on those two, hopefully appeasing the Gods and bring peace to the realm.