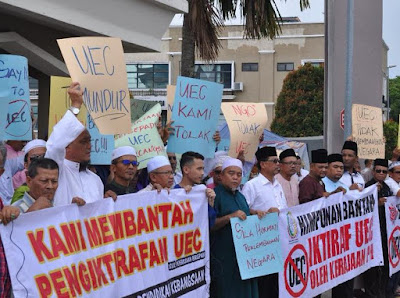 KUALA LUMPUR, July 14 — A coalition of Malay-Muslim groups has threatened to protest against Education Minister Maszlee Malik in seven days, should the latter ignore its call to not recognise the Unified Examination Certificate (UEC).

In a statement, Ummah said it has received the support of 10 lawyers to review and take action against Putrajaya’s recognition of the examination in independent Chinese schools.

Indeed, from the protest of this coalition of Malay-Muslim groups called Ummah, it would seem unacceptable for us Malaysians to be dabbling with a language other than Bahasa Malaysia (or if you prefer, Bahasa Melayu) in Malaysia's schooling system.

Perhaps we should agree to a recommendation that Malaysia henceforth abolishes and prohibits the use of ALL languages other than the Malay language from our schools, universities and public institutions including the Foreign Ministry (the last wakakaka).

Let's start off by banning the teaching and learning of English, Arabic, Javanese (hey you, bloody watch it), Indonesian, Farsi, Chinese, Malayalam, Tamil, Telugu, Hindi, Urdu, French, German, Russian, Italian, Japanese (ooops, there should always be an exemption and I reckon that today the Japanese should be the one).

By the by, I read that the great Malay hero-warrior Hang Tuah was a polygot - know what that word 'polygot' means? 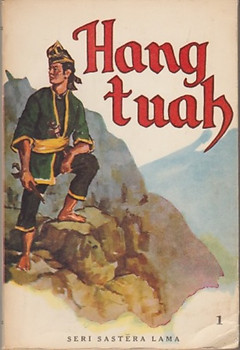