I have always been delighted by clever play of words as my matey Dean Johns (former Malaysiakini columnist) has been - I missed his tongue-in-cheek articles with puns galore at Malaysiakini.


Just a week ago DAP's Lim Lip Eng, who is the Segambut MP, described the Selangor BN's promise to bring back plastic bags for Selangor shoppers as the "height of idiocy".

I judge that description as the Best political statement for 2018. I mentioned I'll continue watching the new for more succinct statements, wakakaka.

And today I found one, though in a slightly different category to Lim Lip Eng's.

In Malaysiakini's I'm not smart but not so foolish to attack Kuok - Ka Chuan to Nazri the MCA and Gerakan have come out rather belatedly to defend Robert Kuok against Minister Nazri's tirade, wakakaka.

I have to say I find Gerakan deputy youth chief Andy Yong's pun rather amusing. The relevant extract from the Malaysiakini article says:

"Previously the government has planned to look into the laws to deal with the phenomenon of fake news on social media under Communications and Multimedia Act 1998 and Printing Presses and Publication Act 1984.

"Hence senior politician like minister Nazri and blogger Raja Petra should not 'talk Kuok' before verifying the truth of such fake news in relation to Kuok," he said in a statement today.

Talk-Kuok, wakakaka - I find it rather clever word-play (pun). 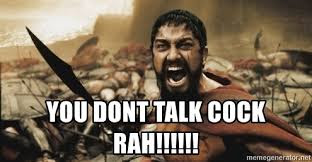 P/S I hope my matey HT Low won't chide me again for my post title, knowing that BEST political statement 2018 (2) renders either the current or previous post with same title incorrect. That's because BEST is a superlative and can only be one (unique).

Yes, my deliberate title error a la a previous tautological error, wakakaka, is for me to keep track of "best political statements" or clever puns, etc, in the blog. Excuse my grammatical blasphemies, wakakaka.