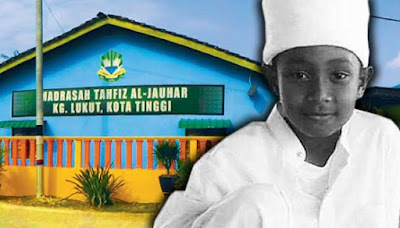 KUALA LUMPUR, May 2 ― A Johor religious school said it did not have to entertain public outrage on the internet over a student’s beating by an assistant warden that allegedly resulted in the amputation of his legs and death.

The management of Madrasah Tahfiz Al-Jauhar (MTAJ), a school based in Kota Tinggi that teaches memorisation of the Quran, also said the word “abuse” might not accurately depict the situation.

“MTAJ does not have to entertain netizens who are too full of suspicion because 97 per cent of them have never dealt with MTAJ and are only talking and writing based on perceptions and sentiments that have been played up,” MTAJ management said on its Facebook page yesterday.

We believe young Mohd Thaqif has passed away, you f* moronic imbecile.

MTAJ is virtually saying: You rakyat can suck my holier-than-thou ding-a-ling. You can't f**king touch us.

And f* your internet. If you don't send messages by camel, we don't want to know about you.

Oh, BTW, has anyone heard anything about Mohd Thaqif's death from JAKIM, JA-this and JA-that or PAS?

Do they care a sh*t about the horrendous death of a young Muslim boy? Or, are they protecting fellow ulama? 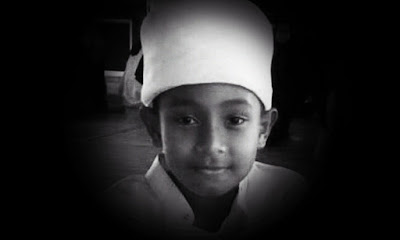