MM Online - Cops detain four over assault on man in front of surau: 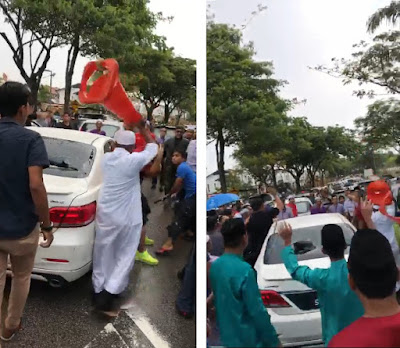 JOHOR BARU, May 6 — Four men were detained by the police early today for investigation into an assault on a man in front of a surau in Taman Austin Perdana here yesterday.

Johor Criminal Investigation Department head Datuk Kamarul Zaman Mamat said the suspects, aged between 21 and 55 , were arrested at about 1am in front of the surau under Section 147 of the penal Code for rioting.

The incident, which had been made viral on the social media, was believed to have started during Friday prayer when a motorist sounded the horn of his vehicle in front of the surau which was congested with traffic.

Kamarul Zaman advised the public to not viral the incident or make any comments that could worsen the situation. — Bernama

There are always hot heads in every society.

I once wrote in my other blog Kongsamkok in a post titled Grandfather's stories (3) - Two very surprised highwayman that (extracts):

Incidentally, a highwayman is described in the dictionary as "(formerly) a holdup man, especially one on horseback, who robbed travellers along a public road".

But why is there a qualification in the dictionary definition above with the word '(formerly)' in parenthesis?

If we leave those highwaymen on horseback aside, wakakaka, you try running over a chook on any remote or village road in Peninsula Malaya, then stop you car because you're a responsible citizen, to negotiate with the villagers with the intention of identifying and discussing with the owner as to who had been responsible for the chook's demise, you will soon discover those villagers are modern highwaymen (though, as mentioned, not on horse backs, wakakaka) who will insist you are the guilty party, regardless.

And don't be shocked by them demanding an outrageously exorbitant sum of money of, say, RM500 for (in my days in Malaya) a RM5 chook. Well, you can either bloody pay up or be bashed by about a dozen hot-headed male villagers out for a bit of wild fun.

Thus the advice for road users like I used to be on the trunk road from Butterworth to Alor Setar was NEVER to stop if I were to hit something or someone, whether a chicken or even a person, because if the latter, I would be bashed kau kau and might even be killed by hot heads out for a angry vent. 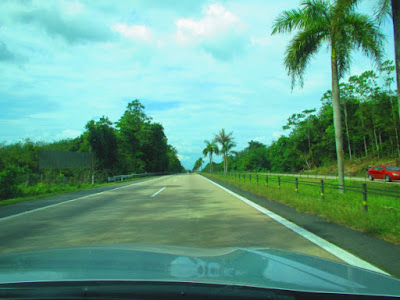 Incidentally, the above advice was from a Malay colleague who told me the wisest course of action was to drive straight on a police station to make a report.

I was also advised never to overtake a Malay funeral procession but to tag along at walking pace (as a sign of respect) until an adult gave a very clear signal to overtake them and proceed on. I observed that good advice a number of times.

Such had been kampong vigilante during my times. I guess that mob spirit still lives on, what more when the issue of religious sensitivity was involved.

As was reported by above news, a motorist attempting to pass a surau found the road in front of said small mosque was blocked by cars parked irresponsibly, perhaps by worshippers arriving late for prayers and dumping their vehicles a.s.a.p to rush in for prayers without caring that their cars blocked the road.

I am speculating here - As no one was around (all inside surau praying), he blasted his horn to either call up the car owners or to vent his frustration at the irresponsibility of the owners in the way their parked cars blocked the road.

If the latter, then regardless of his justification in sounding his horn (whether once, twice or repetitively), he was obviously not fully aware of the kampong vigilante mentality especially when the sensitive element of Friday prayers was involved.

Do you remember last year in February when a dump truck driver (of a construction company based in Georgetown Penang) was so frustrated by irresponsibly parked cars besides a market in Taman Berjaya Sebarang Perai blocking his ability to leave his parking spot that he bashed his way through the jumble like a Leopard 2A4 military tank driver, fortunately not hurting any person (a child might have been in one of those parked cars).

And the Net exploded with support for his Rambo-like mentality, wakakaka.

Well, our most recent bashed-up victim was no Rambo, and I doubt anyone would support or dare to support his angry honking right in front of a surau during Friday prayers.

While those who parked their cars were definitely irresponsible, that was no justification for him to be behaving insensitively as was reported.

But when sections of the public could so easily burst into spontaneous violence (as different from 'organised' violence like at Lowyat), it certainly tells about our Malaysian society and the lack of civil behaviour. 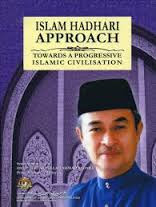