I want to talk about animals, starting off specifically with the elephant and the cow. For this post I'll write on the elephant. 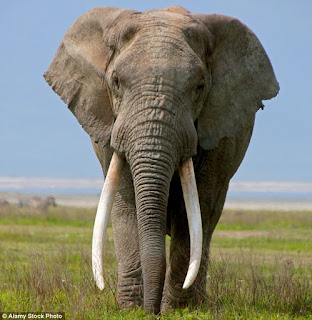 In fact I am referring to the white elephant. The term 'white elephant' came from Thailand and Burma (Myanmar). Tradition or cultural belief prohibited the working of white elephants which are considered scared.

Then, only kings could maintain white elephants but might gift such sacred animals to courtiers. When that was done, say, to a courtier, he could either consider that as a blessing or a curse, or both, the former because it was a rare royal gift and a tremendous honour, the latter because the animal was very expensive to maintain but due to its sacredness and royal source could not be worked (used fro labour). 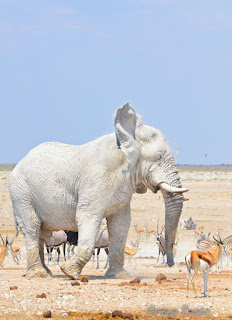 Wikipedia informs us that in modern British English, the term 'white elephant' often refers to a publicly funded project that is extremely expensive yet fails to deliver on its function and/or becomes very expensive to maintain.

In Malaysia we have a number of 'white elephants', owned by the former Emperor of Malaysia. Today we manage to get rid of one of them, namely, the Proton car, instead of continuing to pour in billions as we did for years.

The Proton was one of the grandiose wet dreams of one dictator who selfishly protected the car at tremendous cost, to the extent the Proton car was built and sold in a protective environment which made its market viability non-competitive.

And it wasn't as if it was designed and built by Malaysians from scratch, being a clone of a Japanese car. Plagued by poor engineering, it suffered from faults yet was protected better than the marginalised Indian Malaysians.

'Nuff said, and we hope the new foreign partner to ownership of Proton will inject new technology and production quality to this 'white elephant'.

The only adverse point the new foreign partner to the Malaysian Proton has is its approval by the Najib Administration. Had it been Volvo or Mercedes or BMW which was approved by Najib, it would have suffered derogatory remarks as well.