Ahok-isation has reached our shores 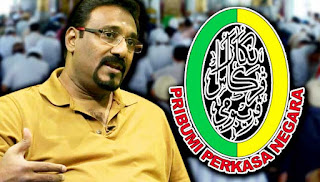 BUKIT MERTAJAM: Penang Perkasa has claimed that a protest planned against fugitive Indian preacher Zakir Naik and Perlis mufti Mohd Asri Zainal Abidin, along with insults hurled against them, constitute insults to Islam.

Insults hurled against Naik and Asri constitute insults to Islam?

Its president, Mohd Nasir Othman, said the protest against the duo, scheduled this Sunday, had caused “unease” among Muslims in the country. [...]

On April 21, Asri posted a poem on Facebook which derided “cow-worshippers”, triggering anger among Malaysian Hindus. However, he later claimed it was directed at Indian prime minister Narendra Modi for his administration’s alleged poor treatment of Muslims in India.

Insults hurled by Naik and Asri do NOT constitute insults to Hinduism?

Looks like the local Islamists are attempting to borrow a page from the Jakarata Ahok-isation, where so-called ulama abused, misused and reduced the great religion of Islam into low-class mob-driven attacking weapons, accusing criticisms of Islamist fascists and ultra right wing ulama as insults to Islam. 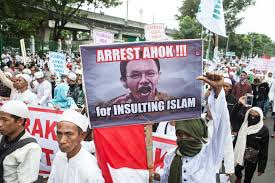 Muslims must be conscious that the singers (unscrupulous ulama, Perkasa) are just bullshitters, while the great song (Islam) remains untouched, pure and pristine.