Pakatan - too many Indians, no Chief

... some DAP leaders also have doubts about Parti Pribumi’s commitment to the Opposition coalition and whether it will go back to Umno. 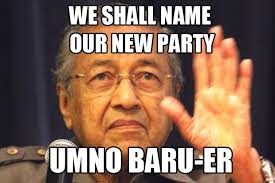 Well-placed PKR sources said Datuk Seri Anwar Ibrahim had recently expressed the same concern. One of the reasons why Anwar did not agree to naming Tan Sri Muhyiddin Yassin as the PM candidate was because he was unsure if Muhyiddin would go back to Umno after winning.

If there is anything I could say for Mahathir it's his 'loyalty' or 'belonging' to UMNO.

During AAB's time, he resigned from UMNO but returned shortly after. This time if he can deposed Najib, he will rejoin UMNO. Besides his son Mukhriz can only ascend to thew PM post only if he and dad are in UMNO.

PKR deputy president Datuk Seri Azmin Ali, the man who brought Dr Mahathir into the Opposition, played it coy. He said Pakatan already had a PM candidate and the question of Dr Mahathir filling the post had never been discussed. 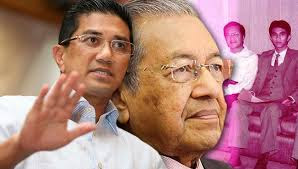 It  may well be Azmin does have a person in mind but that does NOT mean the coalition has agreed to that person, probably Azmin himself, wakakaka.

The PKR president has been projected as the interim PM until Anwar is available to step in. The storyline is that upon winning, Pakatan will petition the King to pardon Anwar who will then contest a by-election and go on to become PM.

It is one of those magic bullet theories which as one PKR insider put it: “With the right statistics, you can make an elephant stand on a blade of grass”. But it has not stopped the veteran Otai Reformasi group who comprise die-hard supporters of Anwar from trying.

Two days after Zaid’s venture to name Dr Mahathir as the PM candidate, the Otai Reformasi members gathered outside the National Palace to hand over a petition to free Anwar.

It was their way of saying that Anwar remains their choice for Prime Minister, a repudiation of Zaid’s proposal and a rejection of Dr Mahathir. This is the same group that had spurned and jeered at Dr Mahathir when he attempted to win them over at a political gathering two months ago.

“Our fear is another round of Mahathir, 22 years is more than enough. Our aim is to tell people that there is a leader up there and it is not Mahathir,” said an Otai Reformasi member from Terengganu.

I share the sentiments of the last paragraph where I have had enough of 22 years of a dictatorial fart whose 'touches' turned out to be 'Minus' rather than 'Midas', eg. Perwaja, Forex, BMF, MAS, Proton, Maminco, etc. 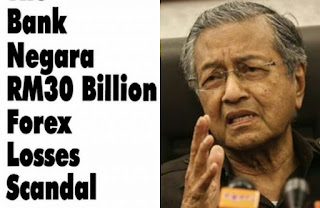 In case those of you have forgotten about Maminco, read extracts below from Malaysiakini:

Lim Kit Siang noted : “It is clear that the $2 company, Maminco, is really mysterious for more reasons than one, and not just it being the mysterious tin-buyer in the London and Penang markets in 1981, leading to at least $660 million losses, but also with regard to its parentage, operation and management, as well as motivation. Maminco is incorporated under the Companies Act 1965 on 26th June 1981, but since its incorporation document, it has never submitted any annual returns or accounts for the past five years.”

The US intervened by releasing its stockpile of tin so the tin price collapsed.

Terrence Netto observed: When the Maminco Affair began to leak into the public sphere, Hussein Onn, who had retired as PM in the middle of 1981, was already in a state of advanced disenchantment with the way things were going under Mahathir Mohamad.

Rather than acknowledge the losses in the tin speculation, the government set up another dummy company called Makuwasa Sdn Bhd, creating new shares supposedly reserved for ethnic Malays which were allocated to the Employees Provident Fund, the country’s retirement fund for private and public workers. The plan was to sell these cheaply acquired shares, supposedly reserved for poor bumis, at market price for a profit to cover Maminco’s losses.

A Bar Council statement notes that during the Umno general assembly on Sept 18, 1986, Mahathir was forced to admit that Makuwasa was created to recoup the government’s losses from the Maminco debacle and to repay loans to Bank Bumiputra.

Thus this is a tale of immeasurable loss to our nation’s repute and standing regionally and internationally, this scandal from the 1980s and many other scandals before/after paved the way for many obstacles to our country's development.

Another point besides Mahathir's bad fengshui for business is his advanced age. Today he is already 91 years old. Once such nonagenarians ruled China but that's no longer practised as the Chinese found out there are far more capable, more enlightened and more technically competent leaders who are also far more attuned to the contemporary world.

Nonetheless, for a country that venerates elderly leaders, Xi Jinping is by contrast to earlier leaders a relatively spring chook at 63.

The points that encourage Mahathir's name to be so touted recently are:

(a) the belief that Mahathir still has a stranglehold on large tracts of the Malay Heartland,

(b) the as yet unacceptability of Azmin Ali as Pakatan's leader,

(c) the non-acceptability of Chinese and Indian Pakatan leaders as PM in waiting, people like, LKS, LGE, Ramasamy, Jeyakumar, Kulasegaran.

During Penang's early days the first major of Georgetown (a Chinese Heartland) was DS Ramanathan, voted into office by the residents of the city. 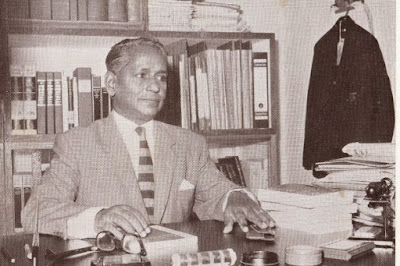 Unlike Malays, Chinese have always been willing to accept and vote in a non-Chinese leader if capable, as were done for the late Karpal Singh and his sons and daughter, the late Seenivasegam brothers (Ipoh), etc.

Today, Georgetown's new mayor is Datuk Patahiyah Ismail, while not voted in because the federal government has not permitted local elections, has been appointed by the Agong with the strong backing of the DAP government. 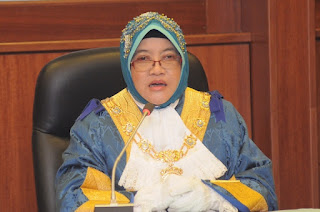