SMS of help from buried school! 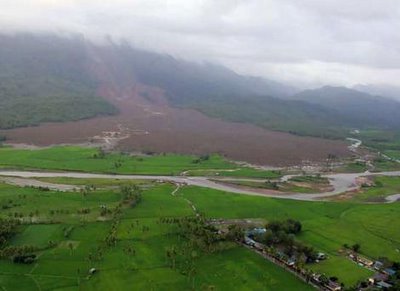 The mudslide devastation has been frighteningly staggering. A scarred mountain side stands just above the buried village [above photo], indicating just how humongous the mud slide must have been. I would term it a mud avalanche rather than just a mud slide, where the latter just doesn't convey adequately the dimension of what had happened. 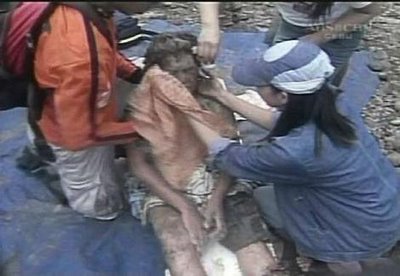 That mudslide has buried an entire village. Environmentalists blamed logging as the root cause of the massive rain-caused slide. The update on the victims has been of tragic proportion. Up to 1400 people are officially listed as missing, though another two officials gave a fugure of 3000. No one knows the exact number though most are slowly coming to terms that those unaccounted for are probably dead by now. Officials said 23 bodies were recovered with 117 survivors. 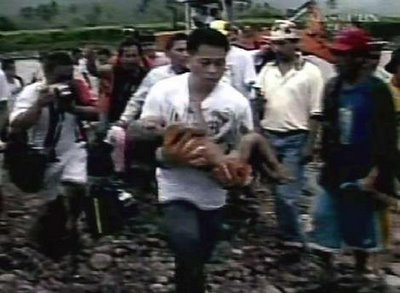 The most terrible information has been reports of SMS messages and phone calls from some school children and their teachers of a school already buried beneath the mud, believed to be about 10 metres in some places. There were 204 school children plus 40 teachers at the school. How long would they last?

This gruesome messaging is similar to a situation at the recent Mecca hostel collapse, where the hostel owner's son was frantically ringing from beneath the rubble. By the time rescuers got to him he had died. The expectation for those buried school children doesn't look good. 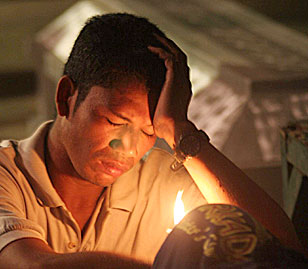 the agony of a father waiting for news