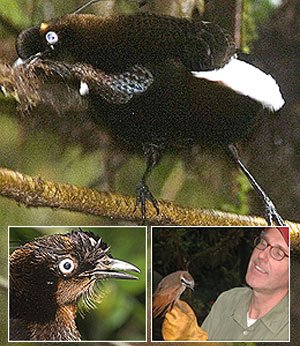 photo - Sydney Morning Herald
Scientists have found a ‘Lost World’ in the Foja mountains in Papua, Indonesia, which lies next to Papua New Guinea.

Even locals have never gone into the trackless region. There in the Indonesian mountain jungle, at 1500 metres elevation (the mountain is 2200 metres high) scientists discovered previously unseen new species of birds, butterflies, frogs and plants as well as mammals. 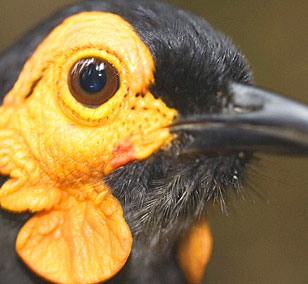 new species of smokey honey eater
photo - news.com.au
These creatures are still unafraid of humans unlike elsewhere. It's apt that the scientists described the place as a Garden of Eden. Now, all they need to do is look for a unicorn.
Posted by KTemoc at 6:35 pm