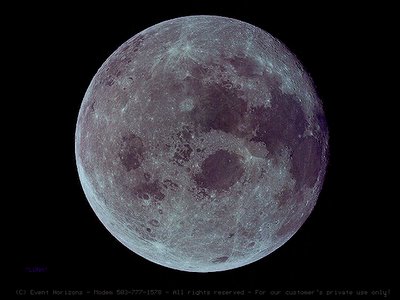 Then after these 4 lines, the poem for Chap Goh Meh reduces to just a nursery rhyme for kiddies, where it calls up a banana [don’t ask me why], book, Chinese brush ink stone, snake, clogs, mynah, etc. Hope you Penangites know the above ;-)

Tonight signals the last day, or more appropriately, night of the Chinese New Lunar Year. Celebrators would like to round up the 15 days & nights of hectic, enjoyable though expensive festival.

It is also the night that Chinese believe the principles of yin and yang would be reunited. Chinese myth has it that the immortal hunter Shen I flies from the sun to visit his wife Heng-O at the moon. When the Chinese characters of jih (sun) and yueh (moon) join up together, it forms a new character ming (bright). Thus tonight would be a bright and auspicious occasion for those seeking affairs of matrimony.

That's why Chap Goh Meh, or 15th Night in Hokkien parlance, would be the night for a woman to wish for a good husband and a man to seek a good wife. The traditional place for such 'Encounters of the Flirt Kind' in Penang is the Esplanade, which subsequently was extended to Gurney Drive.

I suppose the adjoining sea allows for the casting of mandarin oranges to indicate a woman's status as an eligible bachelor-girl.

Once I saw a girl with a dozen or so oranges at Gurney Drive. I wondered whether she was seeking more than one prospective match or just insuring herself to receive the Moon Goddess' blessings? Though I was a bit thirsty I didn't have the guts to approach her for one of her fruits. She certainly was good looking but seemed rather formidable, one of those Xena type.

In the old days, before the scandalous manner ;-) in which today’s men and women are so daring and brazen [and a grownup KTemoc became very brazen] as to approach each other directly and confess such silly emotions as love and got-the-hots-for-you-babe, a man after spotting a woman of his heart, would send a professional match-maker to inquire, investigate and initiate marriage proposals with the woman’s family.

The negotiations towards marriage that followed could be very smooth-going, amicable and harmonious, though at times those negotiations could assume dimensions greater than those involved in the interpretation of United Nations Security Council Resolution 1441.

Tonight is certainly a night for romance. Somehow a full moon does that emotionally to us, just as it stimulate the occult-psycho-physiological transformation of men into werewolves. Yes, tonight there’ll be many werewolves prowling around who like to ‘sink their fangs’ into SYT’s [Sweet Young Things].

Afterall, humans are reputed to be made up of 98% water, and nothing attracts or influences the behaviour of water than the full moon. Indeed, by the moon do tides rise and fall, dogs howl, women have their … eh … that-thingy, etc. Ancient civilizations knew it was the Moon that reigned supreme. They prayed to Her and counted time by Her. Even the patriarch Moses received the 10 Commandments on Mt Sinai [Mountain of the Moon].

I have more to say about the moon, on stuff such as white and black magic. But tonight it shall only be the magic of love. Enjoy, fall in love [which I will every 13 minutes – 13 is the number associated with the moon] and see if you can find the one of your heart –eh, but don’t look at me.
Posted by KTemoc at 8:59 pm