Westerners exploiting Hong Kong for their own nefarious purposes

Foreigners should stay out of Hong Kong and China's affairs

The situation in Hong Kong is certainly not a satisfactory state of affairs. There is unhappiness among the deprived Hong Kong people with the gross income inequality and crowded housing conditions created by years of British colonialism and capitalism.
Nevertheless, it is hypocritical that the likes of US Secretary of State Mike Pompeo and former Hong Kong governor Chris Patten should put their names to a memorandum that has warned China that a new Chinese security law for Hong Kong is a “comprehensive assault” on its rights and freedoms and “cannot be tolerated”.

They claim to have “grave concerns” about the legislation and fear it would jeopardise the city’s future. Chris Patten says the decision by the Chinese government to “unilaterally impose national security legislation in Hong Kong” is unacceptable while Mike Pompeo has described it as a “death knell” for the city’s autonomy and has threatened reprisals. I understand some Asean, including Malaysian, parliamentarians have also signed this US/British inspired memorandum.

Social unrest in Hong Kong was sparked by the failed extradition bill last year, and this has never been fully resolved. Recently, protesters have defied bans on unauthorised gatherings because of the Covid-19 lockdown to demonstrate in the streets and shopping malls again. The social unrest and open flaunting of the US flag and the Union jack gives the impression that foreign powers are working with local forces to seek independence and undermine the state and security. 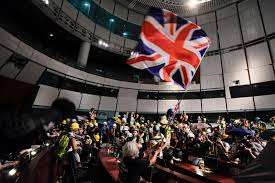 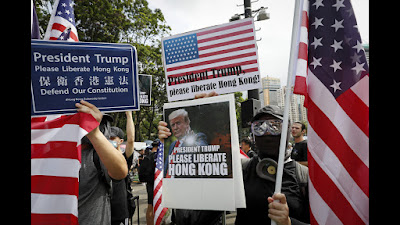 Article 23 of Hong Kong’s Basic Law, its mini-constitution, says the territory must enact “on its own” national security laws to prohibit “treason, secession, sedition [and] subversion” against the Chinese government. The law would bar “activities of foreign and external forces” interfering in Hong Kong’s affairs.

More than 20 years after the handover in 1997, no progress had been made to enact Article 23. Meanwhile, riots over the past year and the rise of violence and terrorism, not to mention the push for separatism, suggests the risk to national security and territorial integrity is at an all-time high.

No freedom is above national security

Let us be clear. China has not broken any human rights in Hong Kong yet, and we are witnessing so much hullaballoo from foreign “democrats”. The International Covenant on Civil and Political Rights makes it plain that our freedoms and rights are premised upon national security.

The mere enactment of a national security law cannot be said to be an erosion of individual rights, let alone the rule of law. China’s National Peoples’ Congress has merely passed a resolution empowering the NPC Standing Committee to legislate. It is not a piece of legislation.

But according to the proposed decision, China’s parliament will ask the standing committee to draft a detailed law for insertion into Hong Kong’s constitution under a provision allowing the implementation of national law in semi-autonomous Hong Kong.

This has led detractors to claim that mainland law enforcement agencies would descend on Hong Kong and arrest dissidents and ship them back to the mainland to be tried. This is the same fear-mongering tactic they used last year to discredit the proposed amendments to the extradition law.

Human rights defenders would do well to condemn states only when there is a human rights violation. 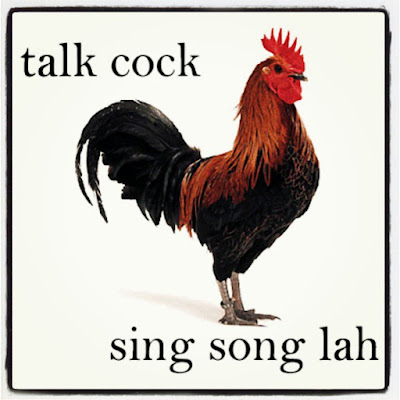 No question about China’s national sovereignty in Hong Kong

The Chinese state has the right to keep order in Hong Kong simply because Hong Kong belongs to China. No country will allow an existential threat to its sovereignty without responding in a way that brings the situation under control.

The latest failed attempt by US-backed coup plotters in Venezuela is a clear example. Mike Pompeo should explain the role of the US in this and countless other coups they have brought about in so many countries since the Second World War. 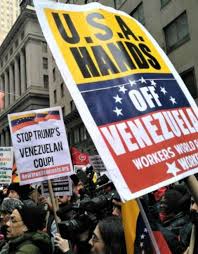 Likewise, the British government has absolutely no credibility to preach democracy to China when it stole Hong Kong from China and for more than a hundred years there was no democracy to speak of in Hong Kong. Have our Asean/Malaysian parliamentarians issued statements condemning US militarisation and US-assisted coups in different parts of the world?


Can demonstrators wreck Westminster or Congress?

Any fair-minded observer can see that for more than a year now, the Chinese government has treated Hong Kong protesters with kid gloves. They have been more patient than any so-called “democratic” country in the West or even in Southeast Asia.

Which liberal democratic country would have patiently allowed protesters to wreck and spray graffiti all over their parliament and set fire to their metro station? Would Donald Trump or Boris Johnson and their security forces allow such violence and desecration in Westminster or Capitol Hill? Can any Malaysian parliamentarian even imagine that the Malaysian police would allow demonstrators to break into the Malaysian parliament and do what the Hong Kong protesters did to the Hong Kong parliament?

We hope that, in due course, this issue of apparent constitutional conflict can be peacefully and properly resolved and Hong Kong people can enjoy a more peaceful, prosperous and progressive future.

Beijing is unlikely to yield on the issues of sovereignty and security. Any actions initiated by politicians abroad risk making the central government even more resolute. It is important that the law is clear and able to preserve the legitimate rights and freedoms enshrined in the Basic Law, the city’s mini-constitution.

The return of protests shows underlying problems remain unresolved but concerns over the law are best reflected through rational and peaceful discussion.

For the moment, foreigners have no business poking their noses into a resolution by the Chinese National Peoples’ Congress regarding Hong Kong, which is, and has always been a part and parcel of China.


KUA KIA SOONG is Suaram adviser
Posted by KTemoc at 11:00 am