Aren't doctors supposed to be smart?

Reading from a prepared statement, Ling said he decided to resign from PKR as he purportedly lost confidence with the party under the leadership of Datuk Seri Anwar Ibrahim.

“Since he took over the leadership of the party in 2018, the situation in the party worsened, which led to discord within the party and caused a number of party leaders including Datuk Seri Azman Ali and Zuraida Kamaruddin being sacked from the party,” he said.

He said this continued when the PKR leadership suspended several members in Kedah including those from his branch.

PKR has been purging the party of those aligned with Azmin’s so-called “Cartel”.

“This is as if challenging me and my comrades who have been loyal to the party all this time,” he said, adding that he had led that branch since 2014.

He then announced his immediate resignation as the PKR Sungai Petani branch chief.

“With this, I am no longer a PKR assemblyman for Sidam and am now an independent,” he said.

Azman claimed they are both mulling entry into Bersatu but could not confirm this yet.

He said they are both fully supportive of Prime Minister Tan Sri Muhyiddin Yassin.

He said Muhyiddin is doing a good job in leading Perikatan Nasional (PN) and the country during the coronavirus (Covid-19) pandemic.

He echoed Ling by saying he has also lost confidence in Anwar as the party leader and has decided to leave the party.

When asked if they will join PAS and Umno in Kedah to form a PN state government, they declined to comment.

Instead, they said they are supportive of Bersatu under Muhyiddin’s leadership.

There are 36 state seats in Kedah with PKR originally holding seven seats, PPBM six, Amanah four and DAP two for a total of 19 seats under the Pakatan Harapan (PH) administration.

With the duo’s resignation, only 17 seats remain with PH.
The two defectors will be sued by Kedah PKR.
Kedah PKR chief Johari Abdul in a press conference: “They have sworn and signed a document where, if they were to leave and jump parties, they will have to pay PKR RM10 million per person over the betrayal they have committed today."

“So to them, be ready to face this situation because it is what you have promised to the people”.
Wakakaka.
But that aside, I wonder why Dr Robert Ling chooses to side with Azmin Ali, claiming to be now a friendly-to-PRIBUMI ADUN - what an eff-ing disgrace. 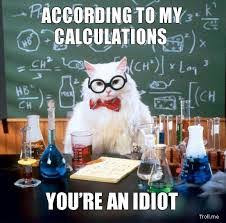 It beggars belief he would want to side with such a racist party which has shown its animosity to non-Malays. And it's just the pits to collaborate with a treacherous person as Azmin Ali. I though doctors are supposed to be smart people but I guess he's another Edmund Santhara, yearning to become an "associate" member of Parti PRIBUMI.
Posted by KTemoc at 9:22 pm