HK teacher's kerbau that Britain waged 2 Opium Wars to stop Chinese from smoking opium, when the truth was China was trying to stop (in vain) Britain from peddling opium in China

A Hong Kong school has apologised after a teacher gave incorrect information to pupils during an online lesson on the first opium war, the 19th century conflict which resulted in China ceding Hong Kong Island to Britain.
The Education Bureau said the teacher’s retelling of the hostilities was “obviously untrue and unacceptable”, adding it would investigate the incident.

A video circulating on social media platforms this week showed a teacher, believed to be from Ho Lap Primary School in Tsz Wan Shan, telling a class that the conflict – which erupted in 1840 – was the result of Britain’s attempt to ban opium smoking in China. 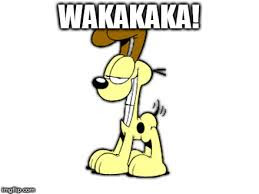 In the three-minute video, the teacher said: “Britain wanted to attack China in an attempt to ban smoking … Because Britain had found back then many people in China were smoking and the problem was really serious.

“Therefore, they [Britain] initiated the opium war so as to destroy these items called opium.”


While the political background to the conflict is complex, hostilities centred around Britain’s desire to import large amounts of opium into China, while officials from the Qing dynasty were attempting to stamp out trading in the drug.

Ng Shu-tung, the principal of Ho Lap Primary School, apologised to parents and pupils in a written statement on Wednesday, saying the school found some of the teaching materials were incorrect, and relevant materials had been rearranged.

“The teacher in charge also understands the information which was presented to pupils was not correct, which had brought disturbance to parents and students,” he said. “The school would hope to offer its most sincere apology [on the matter].”

The school did not say if it would take any action against the teacher.

Ng added that some parents had also raised concerns after the video, which showed the online class of the school’s Primary Two general studies lesson, had been circulated to others.

“Our school looks at educating pupils, as well as teachers’ duties very seriously. We promise to improve our current mechanism on handling teaching materials, to make sure students are taught correctly,” said Ng.

On Thursday, a spokeswoman from the Education Bureau said it had contacted the school for details and would look into the issue, including whether the teacher was involved in any act of professional misconduct.

“Teachers should teach students in an objective, rational and impartial manner. They should also make sure the knowledge and concepts they present are correct, so that pupils could learn about the history of one’s nation,” the spokeswoman said.

Ip Kin-yuen, education lawmaker and vice-president of the 100,000-member Professional Teachers’ Union, believed the school should make it clear if the mistake was unintended or if the teacher had misinformed the students deliberately.

“I think it is clear that there was a mistake there,” he said. “But still, I believe the school should carry out its investigation first. The Education Bureau’s strong wording was a bit unnecessary before further details are available.”

Over the past five years, there have been 169 substantiated cases involving teachers’ professional misconduct, with 13 teachers having their registrations cancelled by the government, and another 74 given reprimand or warning letters, according to the latest figures from the Education Bureau.
Posted by KTemoc at 2:32 pm