Every nation on Earth, unless a failed state, has laws protecting national security.

In Hong Kong, there is a set of laws, inherited from the colonial government, dealing in a haphazard way with some of the complex issues involving national security. These can be found in Part I of the Crimes Ordinance, the Societies Ordinance and the Official Secrets Ordinance.

No one pretends that these laws are anywhere near adequate to deal with the complicated matters of today. This problem was recognized by the drafters of the Basic Law: Hence Article 23. This required the Hong Kong SAR government, upon being established on July 1,1997, to enact laws to prohibit treason, secession, sedition, subversion, prohibition of foreign entities forming political alliances with entities in Hong Kong.

An attempt was made by the colonial government, shortly before the handover, to ease the task of the future SAR government by upgrading the national security laws. This failed to win support in the Legislative Council.

The matter was revived in 2002 when, in September of that year, the government issued a consultation document on proposals to implement Article 23. It made a strong case for implementation. At paragraph 1.4 it said:

“All countries round the world ... have express provisions on their statute books to prevent and punish crimes which endanger the sovereignty, territorial integrity and security of the state. Therefore, while nationals of a state enjoy the privilege of protection provided by it on the one hand, the individual citizens have a reciprocal obligation to protect the state by not committing criminal acts which threaten the existence of the state, and to support legislation which prohibits such acts on the other hand.”

The proposals took into account the whole range of constitutional guarantees of personal freedoms: speech, expression, the press; and freedom from arbitrary arrest, invasion of the home, etc.

As regards the crime of treason, the then-solicitor-general explained:

“The proposed new offence of treason will be narrower than the existing offence. It will therefore impose no new restrictions on freedom of speech. The only situation in which words could amount to treason under the proposals would be when the words instigate a foreigner to invade the PRC or assist a public enemy at war with the PRC. For example, if the PRC is at war with a foreign country and a Hong Kong resident broadcasts propaganda for the enemy.”

What should have happened following the publication of the consultation paper was mature debate within the community, for the consultation document was not something that could have been absorbed fully at one glance.

Regrettably, leaders in the community who claimed to represent the people adopted an ideological stance, claiming the proposal as an attack on Hong Kong’s autonomy.

This was taken up by some of the popular newspapers. The thinking people in the community were given no space for mature reflection. A mass protest rally was organized. Young and old took to the streets. 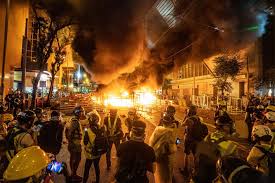 The result was that the National Security (Legislative Provisions) Bill, introduced in LegCo in February 2003, was withdrawn, leaving the ramshackle colonial laws as defense against attacks on national security.

As things stood globally at that time, the world was in relative peace. The Iraq invasion had not yet taken place. The constitutional need in Hong Kong to implement Article 23 was held in abeyance, through two successive changes in the post of chief executive.

The world scene has since totally changed. The tension between nations has vastly increased, with the threat of trade war, cyber war possibly escalating into open conflict. The clash of navies in the South China Sea is regarded as a real possibility.

In these circumstances the need to upgrade and improve upon national security laws seems a matter of common sense.

And herein lies the crux of the problem facing Hong Kong today, which has attracted, once again, worldwide attention. And, as usual, the media has immediately danced to the tune of sound bytes, not having the time to study the issues in depth: answering to the exigencies of the daily-news cycle. Who, reporting on the issues of today, has read the government’s consultation document of September 2002?

The truth is this. Since October last year, the Hong Kong legislature has been dysfunctional. Except for matters of finance, it has ceased to operate as a legislature. An incident in the LegCo chamber on May 18 says it all: councilors brawling like children in a playground, a photo flashed worldwide showing a member screaming and kicking being forcibly removed from the council chamber. Have those reporting on the incident reflected on its deeper significance, beyond a shameful episode in a troubled land?

What it means is this: No law can be passed in Hong Kong. In the meanwhile, internal security has worsened, with increasing evidence of terrorist activities aimed at bringing the Hong Kong police to its knees and overthrowing the government. The anti-government movement seems well-funded and this raises the question as to the source of the funds. Since October last year a state of grave public danger has existed and been recognized as such by the government. A threat of this nature to Hong Kong - a region of China - clearly constitutes a national security threat. 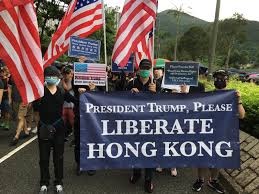 As Tung Chee-hwa, former chief executive, said on May 25: As Hong Kong had failed to enact its own security legislation for over 20 years, it has become an easy target for hostile foreign opportunists to disrupt public order, using Hong Kong in effect as a proxy for a wider power conflict.

The answer is the proposal before the National Peoples’ Congress: to enact by promulgation laws for the protection of Hong Kong and of the nation.

The draft decision emphasises the cardinal policies that lie behind the proposal: “one country, two systems”; Hong Kong people governing Hong Kong; and high degree of autonomy for the special administrative region.

When passed, the laws will be enforced by the Hong Kong courts exercising jurisdiction under the common law system - a system based upon the presumption of innocence, and proof of guilt beyond reasonable doubt. Allied with this are the rules which emphasise that prejudicial evidence not directly relevant to guilt must be excluded. 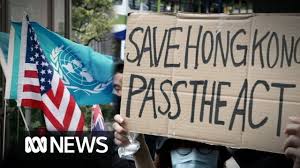 The explanatory document issued by the vice-chairman of the NPCSC contains a warning which the legal profession and the judiciary in Hong Kong should heed: “Efforts must be made at the state-level to establish and improve the legal system and enforcement mechanism of the HKSAR”.

At the regional level - Hong Kong’s level - enforcement mechanism has, for all the world to see, also broken down. Unrest and street violence have been going on for nearly one year - dampened to an extent by the overriding crisis caused by Covid-19. Very serious crimes have been committed. The health crisis did not erupt until March this year. Before then the courts were capable of functioning normally. Yet only a handful of persons arrested had been convicted, and none for crimes like attempted murder, grievous bodily harm, arson, criminal damage to transport infrastructure.

Bully tactics have been deployed. Families of police officers threatened. Businesses deemed “pro-Beijing” vandalised. People have been cowed into silence. And when people see that lawyers as a whole seem sympathetic to the rioters they get confused. Wherein lies the true values of the Hong Kong community?

The common law lies at the heart of the “one country, two systems” policy, and is the foundation for Hong Kong’s success as a global financial centre. There is no reason why such policy should not go beyond 2047 if it harmonizes with the broader national interests. Hence it is very much in the interests of young lawyers to truly support that policy, to work toward the success of that policy: They will be at the high noon of their professional lives in 2047. And the duty of the older lawyers, the leaders of their profession, is to cultivate a climate conducive to their juniors’ success. But is this what they are doing in fact? 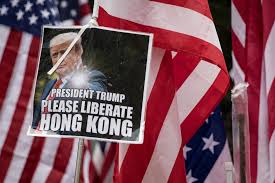 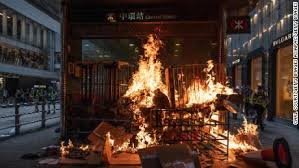 Clearly radical changes at all levels are called for, no less than in the judiciary.

The starting point is surely to internalise this key concept that Hong Kong is a mere region of China. A small dot on the map of China; 7.4 million people in a population of 1.4 billion. Nothing more. To make it more, greater, more influential in the world, it requires nurturing in an authentic way.

It is beyond the scope of this paper to go into aspects of reform necessary to “improve the legal system and enforcement mechanism of the HKSAR”, in the words of the vice-chairman of the NPCSC. But those words must surely sound as a wake-up call for the legal profession and the judiciary.
*********
Wikipedia tells us: 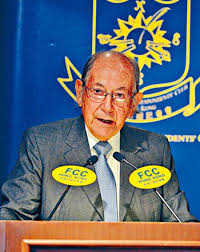 Born into a Eurasian family in Hong Kong, Henry Litton excelled in school during his early years first at the Diocesan Boys' School in Hong Kong and then in England which he was educated at King's College, Taunton and Merton College, Oxford, where he graduated with honours in jurisprudence.

His father, John Letablere Litto (1903-1941), served as a gunner in the Hong Kong Volunteer Defence Corps. He was killed in action on 18 December 1941 defending Hong Kong from Japanese attack, and was laid to rest in Stanley Military Cemetery. His mother Enid Tak-ching Lo-Litton was a tennis player and won an impressive thirteen Hong Kong National Championships over a 24-year span. John's maternal uncle was the lawyer Sir Lo Man-kam, part of a prominent Eurasian family.
Legal career

After passing the Bar exam in 1959, Litton entered into private practice in Hong Kong where he was eminently successful as a trial lawyer. Litton was appointed Queen's Counsel in 1970 and co-founded the Hong Kong Law Journal with Gerald de Basto QC, another local barrister. He also served as Chairman of the Bar Association from 1971 to 1973, from 1977 to 1980 and again from 1983 to 1985.
Litton was appointed in 1987 an Officer of the Most Excellent Order of the British Empire for his contribution to the law and was elevated to the bench in 1992 as a Justice of Appeal. He rose steadily through the ranks, becoming Vice-President of the Court of Appeal in 1995 and a Permanent Judge of the Court of Final Appeal (Hong Kong's court of last resort) in 1997, when British colonial rule in Hong Kong ended and China resumed its sovereignty over the region.

He assumed senior status three years later, citing personal reasons. Until 2015, he continued to hear cases on a part-time basis as a non-permanent judge of the Court he served.

In 2007, Litton was appointed a Judicial Commissioner, as well as a Justice of Appeal, of the Supreme Court of Brunei Darussalam.
Extra-judicial life

In 2019, Litton released his book 'Is the Hong Kong Judiciary Sleepwalking to 2047?', in which he criticised numerous aspects of Hong Kong’s legal system, focusing particularly on the misuse of judicial reviews in recent years. He also argued that courts ought not serve as a “debating chamber” to challenge government policy.
Posted by KTemoc at 8:47 pm