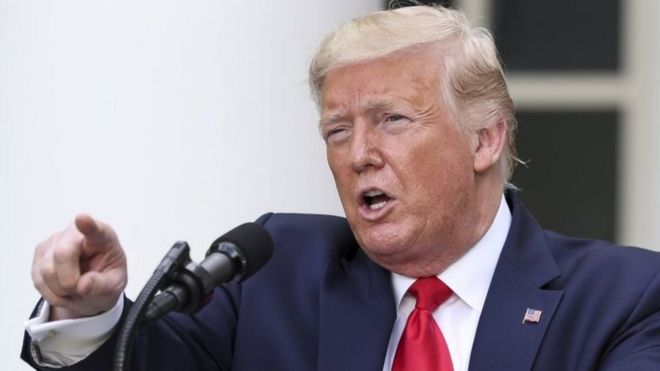 A post by US President Donald Trump has been given a fact-check label by Twitter for the first time.

President Trump tweeted: "There is NO WAY (ZERO!) that Mail-In Ballots will be anything less than substantially fraudulent."

Twitter's notification displays a blue exclamation mark underneath the tweets, suggesting readers "get the facts about mail-in ballots". 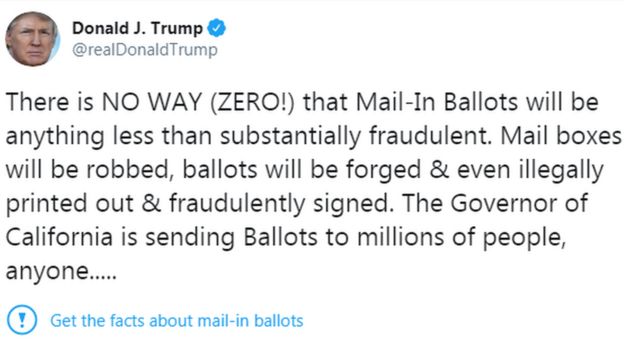 Twitter's link directs users to a page on which Mr Trump's claims about mail-in ballots are described as "unsubstantiated". The social media company cites reporting on the issue by CNN, the Washington Post and others.

This is followed by a "what you need to know" section where Twitter corrects what it says are false claims by the US president.
The social media company had pledged to increase the warning labels under false or misleading information on its site - but it has been slow to take steps against the US president.

Twitter updated its policies on warning labels early this month.
What is President Trump's response?

In his new tweets, Mr Trump accused Twitter of interfering in the US presidential election scheduled for 3 November 2020.

He said that the social media company was "completely stifling free speech, and I, as president, will not allow it to happen". 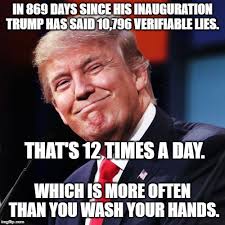 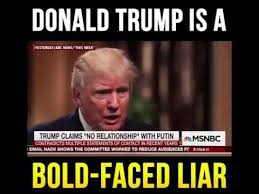