Mahfuz Omar should not overtaxed himself with LGBT issues 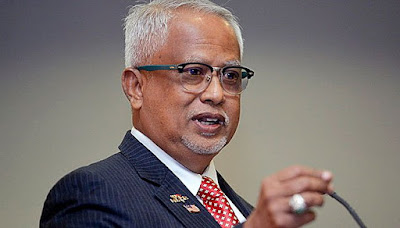 ALOR SETAR: Mahfuz Omar says help should be offered to lesbians, gays, bisexuals and transgenders (LGBT) to get them to revert to their “original identities” instead of merely trying to get their rights recognised.

The deputy human resources minister said rather than criticising the LGBT community by saying that they were a threat to society, the focus should be on approaching and educating them to return to their “original nature and true character”.

“If a man is indeed a man, adopt the nature of Rahmatan Lil ‘Alamin (A mercy to all creations) and approach him (LGBT) gently, because Islam truly respects every human being,” he said after opening the Students’ Excellence Day at Sekolah Kebangsaan Convent here today.

Prior to this, Minister in the Prime Minister’s Department Mujahid Yusof Rawa stated that LGBT in Malaysia were entitled to enjoy the same rights as citizens and they should not be discriminated against in any form including at work.

Note in particular the last paragraph which tells us that "Prior to this, Minister in the Prime Minister’s Department Mujahid Yusof Rawa stated that LGBT in Malaysia were entitled to enjoy the same rights as citizens  ........"

Why has Mahfuz changed his tune and tone?

Either he has been under enormous pressure from the ultra clerics and conservative Muslim groups, or he's a bloody hypocrite.

But I like Mahfuz (and a few other Amanah people), thus I am quite sure he's NOT a hypocrite. That means he has been under pressure from the ultra Muslim groups.

Five days ago, his Amanah colleague Mujahid Yusof Rawa ordered the removal of portraits of Nisha Ayub and Pang Khee Teik from George Town Festival exhibit as he did not want the two to promote Lesbian, Gay, Bisexual and Transgender (LGBT) activities, which he said was not in line with the Pakatan Harapan (PH) government’s policy. 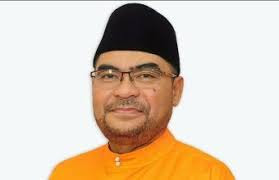 That's bullshit because I am sure the government did not have such a policy - no government is idiotic enough to promote LGBT activities, though a fair democratic government would not stop, persecute nor harass the LGBT community.

But what astounds me has been Mahfuz's use of the words "... help should be offered to lesbians, gays, bisexuals and transgenders (LGBT) to get them to revert to their “original identities” instead of merely trying to get their rights recognised."

There are two issues I have here, anemly:

(a) "... instead of merely trying to get their rights recognised ..." - there should be no "instead". The rights of LBGT should be fundamental and non-negotiable, full stop.

If Mahfuz believes in Allah swt as I am certain he does, then he should accept that every creation of Allah swt is 'original' and can only be created, programmed and possesses characteristics given by Allah swt.

Last month I posted The true Beloved of God in which I penned (extracts):

... ironically, one of the best known story of homosexuality was that of King David (Dawid) himself and his lover, Jonathan (Yehonatan) the son of King Saul.

18 And it came to pass, when he had made an end of speaking unto Saul, that the soul of Jonathan was knit with the soul of David, and Jonathan loved him as his own soul.

2 And Saul took him that day, and would let him go no more home to his father's house.

3 Then Jonathan and David made a covenant, because he loved him as his own soul.4 And Jonathan stripped himself of the robe that was upon him, and gave it to David, and his garments, even to his sword, and to his bow, and to his girdle.

What an irony that King David himself, hero of the Israelites and even modern day Jews, and Beloved of God, was himself a homosexual or more probably, a bisexual (semua pun 'makan' kaukau).

Should the clerics of the Abrahamic religions then continue to condemn the LGBT community even until today when their greatest religious warrior was a LGBT?

If the LGBT community are so evil as per the claimed assertion of religions (by only clerics, and not god himself), then doesn't that prove god has failed in preventing their existence and in many cases, quite brilliant talents?

Well, god has not failed but certainly it disproves the bullshit of clerics who have been having a hard time for millenniums trying to spin away King David's evil, homosexuality, treachery to his nation, adultery, murders, etc etc etc. And David was/is claimed as the so-called Beloved of God.

It's actually the LGBT community who are the Beloved of God, for they have been His creation (if not, whose then?). 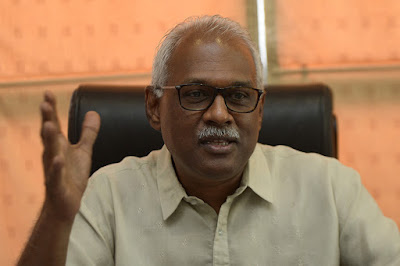