Mariam Mokhtar wrote in Malaysiakini about the marginalized and abused 'forgotten' Malaysians - see What happened to them?

In that article she raised, among other issues, the plight of native Sarawakians who appear to be more marginalized than our Peninsula Indians. 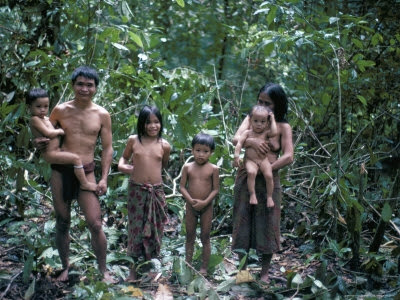 That is not to say Indian Malaysians in Peninsula are not marginalized; au contraire they are very marginalized, probably next to the Aborigines of Peninsula and the natives of Sarawak.

In our context the term 'marginalized' means left socio-economically by the Malaysian wayside whilst others progress.

But at least the Sarawak natives have traditional and ancestral land to fall back on, only when those are not stolen from them by white collared robbers who imitate the Israelis stealing Palestinian land by way of money, (military in the Israeli model), might, mickey mouse legal whatnot and manifold documentary trickery - same same.

OTOH, our Peninsula Indians do have some well-heeled, well-off and well-connected few in their community, eg. lawyers, doctors, engineers, businessmen with one fine example in Ananda Krishnan who was once the richest man in Malaysia and has sadly dropped into No 2 spot with his US$8 Billion (spelt with a 'B', not 'm'), though he's now 'highly sought after' in Mother India, wakakaka.

But dinna fret, AK (nick for Ananda Krishnan) Bloomberg opined that: India has a history of issuing unrealistic arrest warrants. In 2014, the Supreme Court ordered Samsung Electronics Co. Chairman Lee Kun-Hee to appear before judges in a dispute over a $1.4 million payment. That case is still pending.

Wakakaka, Indian judges are renowned for their uptightness with erudite legal pedantry, which of course can be bloody good or maddenly bureaucratic.

Anyway, in Mariam Mokhtar's article about the 'forgotten, marginalized or abused' Malaysians there is a brief extract about Pak Haji Hadi Awang, as follows:

Whilst PAS president Hadi Awang gallivants to Iran, and invites criticism from all sides in Malaysia, did he not think that the money spent on his trip could have been used to help the victims of Kelantan’s great flood of 2014?

Some flood victims are still in temporary shelters. When will they be rehoused? What happened to the money which was collected to help them?

I wonder whether you know what 'gallivants' means, wakakaka?

After the 2014 disaster caused by, according to Nik Abduh Nik Aziz, an angry Allah swt, Kelantanese were left homeless, and as Mariam put it, some still are while Pak Haji gallivanted to Iran.

OTOH, much-hated-by-PAS DAP rushed there to offer aid to Kelantan victims and rebuilt houses under their Impian Kelantan programme. An extract from an article by Eileen Ng of the (late, wakakaka) The Malaysian Insider on 02 Feb 2015 follows:

Flood victims in the east coast state of Kelantan, who lost their homes in last year’s floods, will get help rebuilding their houses and receive a wage if they do the work themselves under DAP’s Impian Kelantan programme.

The Pakatan Rakyat component party is collaborating with 39 local non-governmental organisations to identify and build new homes for more than 30,000 people displaced by the floods late last year, which were the worst to hit the peninsula.

Villagers will be given a sum of money for picking up tools to build their own homes as a way to boost their income, especially since many had lost their livelihoods in the agricultural and farming sector, said DAP national organising secretary Anthony Loke Siew Fook.

The money will come from funds the party raised from the public late last year to assist flood victims.

“We have already identified some of the villagers and have started work in rebuilding their homes.

“We are also giving them money or hiring them as carpenters to add to their income. Most of them were rubber smallholders and they cannot tap rubber now because the floods have destroyed the trees,” Loke, who is leading the programme, told The Malaysian Insider.

DAP’s collaboration with the local NGOs was launched as Gabungan Impian Kelantan in the state capital of Kota Baru on Saturday night.

This project is similar to other social initiatives under the opposition party’s Impian Malaysia projects.

These NGOs will be in charge of identifying the villages, or kampung, and people who need help in rebuilding flood-damaged homes.

Loke said about 80 houses in a village in Gua Musang have been identified as needing repairs. To date, four houses have been rebuilt while works are ongoing for the rest.

Word was the above caused/causes much jealousy and anger in PAS which undeniably must have been so stressful to Pak Haji that one should not blame him for taking a stress break to 'gallivant' in Shia-Land, wakakaka.