Caught in khalwat but ...

From FMT about a Muslim and a non Muslim being caught in bed: 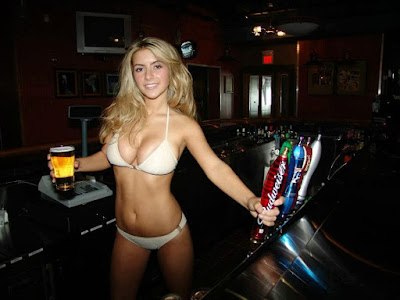 PETALING JAYA: Barisan Nasional must clearly state whether shariah enforcement officers can arrest and detain non-Muslims during a raid before agreeing to amend Act 355 to strengthen the powers of shariah courts.

MCA spokesman Ti Lian Ker asked what would happen to a non-Muslim who sold alcohol to a Muslim.

“Will he be fined?

On above matter, when I was a kid, there was (maybe is still there) a kopitiam which had two serving areas, one in the front hall like other kopitiams and opened to as well as obviously visual to the public, and another at the back, with its location not apparent nor visible to the public, or for that matter unknown to customers save 'exclusive' members.

The private (very very private) section at the back was where local young Muslims (ages between 21 to 30, with the leader at 45 years old), after a hard day's work, "restored" their fatigued bodies with aw-kau or 'black-sausage' with its putative medicinal rejuvenative, restorative and recuperative properties. 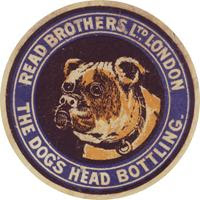 The local cops knew of that place but chose to be discreet. Besides, the 45-year old Pak Cik was reputed to be the head of that gang of Malay weight-lifters in Ayer Itam and also unofficial penghulu who (rather than the officially appointed penghulu) the Ayer Itam Chinese and Indians went to whenever there was trouble brewing between Malay and Chinese or Indian youths.

Thus the middle-age Pak Cik had local (unofficial) VIP status and was not someone to embarrass nor to humiliate, even by cops.

But my FB matey Ti asked a very good question - had RU355 existed then, would that kopitiam owner be arrested and fined by JAIPP for selling aw-kau (sorry, I mean 'black sausages') to Pak Cik and gang?

Then Ti asked the question we find far more interesting than above, but first, to paraphrase Matthew 4:4 (with respect to Christian friends) 'It is written, Man shall not live by aw-kau alone, but by every woman that proceedeth out of the ribs of Adam'.

“What happens when a Muslim man is nabbed in bed with a non-Muslim woman? What happens to her then?”

Mind, I have to admit I am somewhat disappointed by Ti's somewhat lack of assertive optimism, because he should have asked:

“What happens when a non-Muslim man is nabbed in bed with a Muslim woman? What happens to him then?” 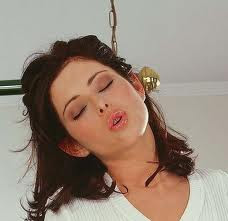 Ti, who is the party’s religious harmony bureau chairman, pointed out that the prime minister had repeatedly assured non-Muslims that the proposed amendments to Act 355 — or the Syariah Courts (Criminal Jurisdiction) Act 1965 — would not affect them and they would not be applied to non-Muslims.

“Can we assume that shariah laws will not be applicable to non-Muslims if they are a party to the offences, either as a victim or as an offender?”

Under the proposed amendments, penalties for offences such as pre-marital sex, intoxication and falsely accusing a person of illicit sex (zina) will be increased.

Now, I know most Muslims will be outraged by double standards, where a Chinese man will get away with khalwat whilst his Muslim sweetie will be punished, with increased and severe penalties if RUU355 is passed by parliament.

Even the highly regarded Dr Mohd Asri Zainal Abidin had voiced his likewise opinion on this more than two years ago, which was reported by MM Online as follows: 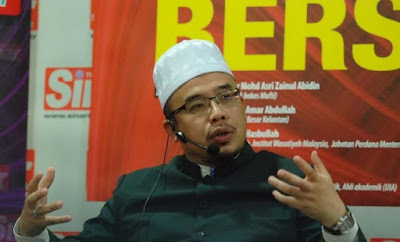 SHAH ALAM, May 7 — Non-Muslims should not be exempted from severe hudud punishments if the controversial Islamic penal law is implemented in Malaysia, religious scholars suggested in a forum discussing the issue today.

According to the panellists, exempting non-Muslims from punishments prescribed for Muslims would create an unjust system, which would disturb the peace, ultimately defeating the original purpose of hudud itself.

“Should Ah Chong get a lighter punishment than Ahmad, although they both committed the same crime? Where is the justice?” said prominent religious cleric Dr Mohd Asri Zainal Abidin.

“I differ from Kelantan’s enactment. I agree with Brunei … we have to prescribe the punishments to all.”

The tiny, oil-rich nation of Brunei passed hudud laws last year and will begin enforcement from this year.

Mushaddad claimed that if criminals were given a choice, even a Muslim criminal would profess to be a non-Muslim to escape hudud punishments.

Indeed. But since the non-Muslim Chinese do not want hudud (or full syariah) then wouldn't and shouldn't RUU355 be abandoned? Purely to keep the peace, which hudud has been meant to achieve.