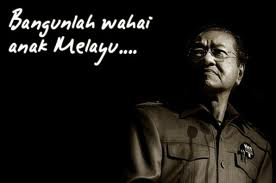 The renowned lawyer and activist told a forum last night that to achieve this end, Putrajaya has been drilling falsehoods into the minds of school kids through history textbooks.

“They (government) are trying to discount our true cultural and historical background because by doing that, they are trying to make parts of our rewritten history relevant for their own good,” she said when met after a forum titled “Stemming The Tide of Racism in Our Nations” here yesterday.

In her speech at the forum, Ambiga accused Putrajaya of indulging in an effort to maintain power, and justifying its Malay-supremacy policies.

She described the education system as one where “the Malays are told and are made to understand that they are better and that others are ‘pendatangs’ (a derogatory Malay word for immigrant)”.

“Rewriting our history books must stop, as you are narrowing their (children) minds..they will never be able to compete abroad as they don’t have the required broad-mindedness, and you are doing them a terrible service,” she added.

Ambiga also alleged that the so-called racism in government policies has created rifts between the country’s different racial communities and an atmosphere or “first class” and “second class” citizens.

“Is that what our constitution (Federal Constitution) intended? The constitution does not have two classes of citizenship, and there is nothing there that divides us as citizens.

I wonder who started it first, this creative writing or re-writing of Malaysian history?

Maybe Ambiga can tell us, PLEASE.

In Malaysia there is no department specializing in the re-writing and fabrication of creative "ketuanan history" than the Biro Tatanegara (BTN).

Not only does BTN re-write "ketuanan history" it also specializes in lecturing and indoctrinating Malays into, among many things, believing they are Malaysians different to Chinese and Indian Malaysians.

BTN was formed in 1974 but was originally a section of the Youth Ministry called Youth Research Unit (Unit Penyelidikan Belia). It was at that time still okay.

But "someone", wakakaka became PM in 1981 - guess who, my dear Ambiga, wakakaka again - and transferred the Unit Penyelidikan Belia over to the PM's Department, renamed it Biro Tatanegara and the rest is history.

22 years plus a baker's dozen (13) would not be that long as for you, my dear Ambia, to forget the original culprit for his evil role in creating the concept of ketuanan Melayu and making our fellow citizens, the Malays, into our tuan.