Why Afghans hate the Yanks intruders-occupier's in Afghanistan

I published the following posts 16 years ago (2005) - Methinks it's time again to reproduce them here for your convenient perusal:

The Tragedy of an Afghan Taxi Driver

"To the country boys here, if you're a different nationality, a different race, you're sub-human. That's the way that girls like Lynndie are raised ... Tormenting Iraqis, in her mind, would be no different from shooting a turkey. Every season here you're hunting something. Over there, they're hunting Iraqis."

- Colleen Kesner, a resident from hometown of Lynndie England, of the Abu Ghraib notoriety 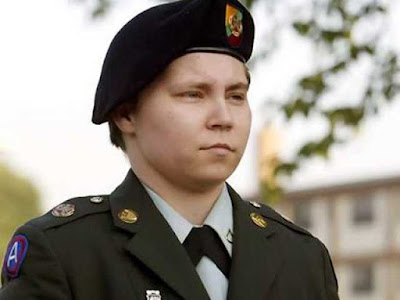 Dilawar was a taxi driver in Afghanistan. Arrested by the US military, he was beaten on his legs until he couldn’t stand anymore. This occurred at the USAF Bagram air base, a US interrogation centre in Afghanistan notorious for torturing prisoners.

Following a rocket attack on the base, while he was in prison, he was nevertheless hauled into the interrogation room for another session, but by then his legs were bouncing uncontrollably and his hands were numb. He had been chained by his wrists to the ceiling of his cell for much of the previous four days.

When Dilawar asked for a drink of water, a 21-year old interrogator, Specialist Joshua Claus (obviously no relation of Father Christmas) concocted a form of mental torture to deny the prisoner that, enjoying Dilawar’s agony as the water was either pouring onto the prisoner’s body or squirted into his face.

A guard tried to force Dilawar to his knees, but his legs, pummelled by US military guards for several days, could no longer bend.

After the interrogation Dilawar was sent back to his cell, and chained to the ceiling. Several hours passed before a doctor saw Dilawar. By then he was stiff dead.

And the cruellest and most sad and unjust ending to this atrocity, many months before the official investigation even eventuated - and only after persistent report of torture including the Abu Ghraib scandal - most of the interrogators at Bagram believed Dilawar was an innocent man who simply drove his taxi past the US base at the wrong time.

The report into Dilawar’s death at the USAF base at Bagram contains graphic details of widespread abuse of detainees in Afghanistan carried out by young and poorly trained soldiers, including females like Lynndie England (do read this link), except they made Lynndie England look like Mother Teresa.

The torture was not just related to extracting information, but involved punishment (whatever that means) and a la Kempeitai, alleviating the US soldiers' boredom or satiating their cruelty.

Though frequently reported to US officials, the incidents of prisoner abuse at Bagram were casually dismissed by them as isolated problems that had already been thoroughly investigated. Human Rights Watch reports that nine detainees in Afghanistan have died in US custody*, including four cases already determined to be murder or manslaughter.
* kt note: This was in 2005 (16 years ago) when I published this post

The dead cannot cry out for justice; it is a duty of the living to do so for them.

The USAF air base at Bagram, Afghanistan is one of the most notorious American military torture centres. It forms an important component of the American Gulag Archipelago. In many ways, it is even more notorious than Abu Ghraib and Guantanamo Bay prisons because a few Afghans died there from American torture.

Some months back, an innocent Afghan taxi driver, who happened to be passing the air base shortly after the place was attacked by the insurgents, was dragged in by American guards, beaten and tortured until he couldn’t even bend his legs. He was deprived of water, with a young American guard deliberately tantalizing him with water placed in such a manner he couldn’t drink from. When left alone in his cell, he died from severe injuries. And the tragedy was many Americans at the base knew he was innocent.

Now, a crowd of more than 1,000 Afghans gathered outside Bagram chanting "Die America!" They threw stones at a passing convoy of US military vehicles and attempted to batter down the camp gate. The protestors also threw stones into the compound of the air base. Afghan guards had to use sticks to drive back the mob while other troops fired into the air.

The rioting was in protest against the detention of eight villagers at the base.

One of the protestors said "We have supported the Americans for years. We should be treated with dignity. They are arresting our people without the permission of the government. They are breaking into our houses and offending the people. We are very angry.”

The Tragedy of an Afghan Taxi Driver

The New Gulag Archipelago!
Posted by KTemoc at 3:33 pm