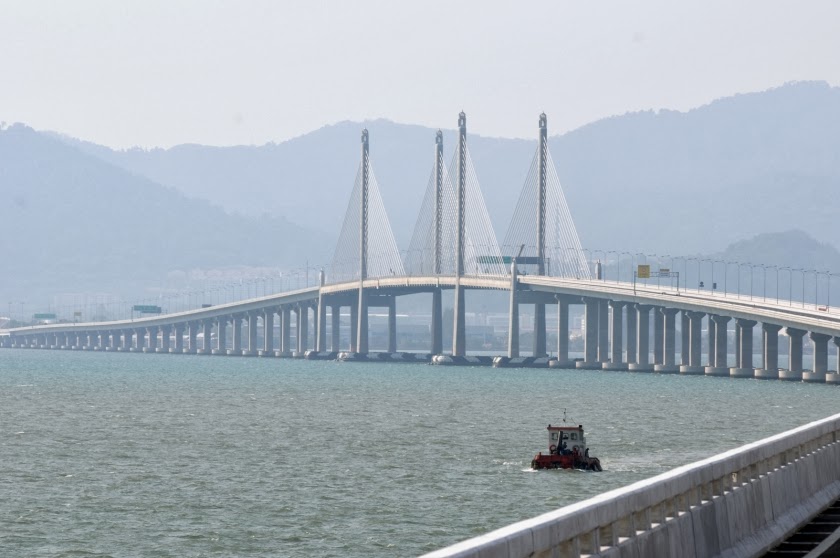 KUALA LUMPUR, March 5 — A man today jumped off the Sultan Abdul Halim Mu’adzam Shah Bridge today, in an apparent suicide bid just days after the Second Penang bridge was opened to the public on the weekend. […]

... the man leapt from the bridge around 2 pm but survived the plunge and was rescued by Marine Police.

He is now being treated at Penang Hospital. The newspaper earlier described him as a son of a deputy minister, but has since amended this to nephew.

Our orang tua would say the local spirits must be claiming (or in this particular case, attempting to claim) human lives in revenge for the puny mortals being impertinent enough to kacau their traditional abodes.

In some ways, humans are no different to those supernatural beings because we saw during the recent naming of the bridge that our toxic politics required sacrifices be made of reason, respect and basic decency.

Our orang tua said that even the Mat Salleh colonial officers kept one-eye closed to such local occult practice, provided of course no Mat Salleh was the sacrificial kambing.

I'm thinking of offering looes74 for sembelih in the next major Malaysian construction like the Penang undersea tunnel, wakakaka.