Lately we have had water issues, wakakaka.

You have read of my WATERtight MoU, wakakaka. So now you're most welcome to read about the WATER uptight Agreement, wakakaka.

SINGAPORE, March 6 — When Malaysia decided not to review the water price under the Water Agreement in 1987, it has lost its right to review the price, says Singapore Minister for Foreign Affairs K. Shanmugam.

Shanmugam said that had Malaysia exercised the right to review the water price in 1987, Singapore might then have made different investment decisions to develop the Johor River, for instance the Linggiu Dam project of 1990.

In the event, he said Malaysia chose not to review the water price in 1987, and on that basis, Singapore then took several action, which also benefitted Malaysia.

He said this included building the Linggiu Dam at a cost of over S$300 million (RM773 million), which increased the yield of the Johor River and enabled both Johor and Singapore to draw water from it during the dry season.

Indeed, neither party can unilaterally change any of the terms of the 1962 Water Agreement.

Wakakaka, yes it was HIM, the guy who always had issues with Singapore over the price of the water supplied by Malaysia to Singapore!

However, I do have some doubts as to which Malaysian government has oversight and say over the contract with Sing - was/is it the federal government or the Johor state government?

If it has been the former then his remaining silent about revising the price in 1987 would be indicting of him.

But if it has been the Johor state government why then didn't he, not only PM of Malaysia but also as President of UMNO, advise or even instruct the UMNO-led state government to review and revise the water price as per the water agreement?

Now this is the interesting part.

In 2003 Dr Mahathir stated: "Of course, we have to raise our price and this is within our agreement. The agreement says that after 25 years we can revise the price of water but no timeline was given.

"If it (agreement) says that as soon as you reach 25 years, you must immediately revise, that is a different matter but that was not what was in the agreement."

If this is true then Singapore Minister for Foreign Affairs K. Shanmugam has not been correct in saying "When Malaysia decided not to review the water price under the Water Agreement in 1987, it has lost its right to review the price." 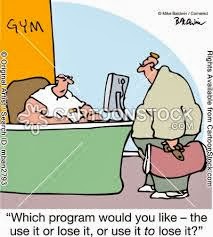 However, Shanmugam had argued that Singapore's investment in the Linggiu Dam in Johor had been based on Malaysia not taking up its rights to revise the water price in 1987 or Sing would then not have invested in the dam.

Oh I see, wakakaka. Perhaps the Malaysian side had wanted Sing to invest in the dam so had kept quiet about the price revision, and subsequent to that, said: oops-a-daisy, we forgot about it, we actually wanted a price revision  - wakakaka.

Now, deciding who's right will have to be the province of contractual lawyers, that is, assuming the current Malaysian government even wants to take up the issue, wakakaka.

But again, does this mean the review must take place immediately on these two dates, and not subsequent to those two dates?

I am afraid, as mentioned, we have to let the lawyers look into the agreements, assuming the Najib Administration even wants to consider Dr Mahathir's 10-year old argument, wakakaka.

Am I just being a batu api, making Dr Mahathir madder at Najib with my above insinuations? Wakakaka.

However, Dr Mahathir was right on one point in 2003 when he mentioned that Singaporean (former) Foreign Minister S. Jayakumar’s allegation of the dispute over the water pricing problem being not a question of the price per se but a question of Singapore's sovereignty, had only been Jayajumar’s invention.

Bernama had then quoted Dr Mahathir as saying that: Jayakumar must know of course, that it was Malaysia who gave Singapore the status of a sovereign nation.

Before this, Singapore was just a part of Malaysia and there was no reason why Malaysia should undermine the republic's sovereignty, he said, adding that in any case it is absurd to suggest sovereignty was a function of the price of water.

He said: "We sell water to them all these years even at a time when they were a British colony when no question of sovereignty arose. Now they are trying to link it to sovereignty by saying that the price of water is not important."

Personally I think Singapore has been not only unfair but a wee kniasu by insisting on paying only 3 sen per 1000 litres of Malaysian water, a price based on an agreement more than 50 years old.

And indeed the word kniasu was used by Dr Mahathir himself who had then accused Singapore of having a kiasu attitude whereby it was afraid to lose. He said:"They have never lost. They have this kiasu attitude, afraid to lose. So, when they lose, they don't know how to react. We cannot play a part in this game of theirs." 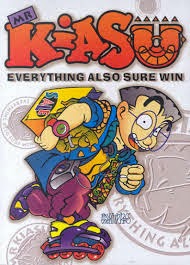 Wakakaka, how I love this word kniasu. I've also heard our Muslim poster boy Ridhuan Tee accusing a milkmaid of being not only kniasu but get this, ULTRA KNIASU, which I believe has been spot on, wakakaka.