Final Chapter to Mystery of MH370?

When I wrote Where is MH370, or where MH370 is? in which I had daringly or far too boldly postulated, from the few evidence gleaned from various reports by news media, that MH370 flew towards the west past Pulau Perak (Kedah), I had hoped rather wishfully I might be totally off track (excuse the pun), and that the aircraft might have landed somewhere on the Asian continent (Vietnam, China, or even Cambodia or Laos) which was off radar coverage.

Alas, it would seem now that my guesswork might well bear fruit.

The US Pentagon has just announced it has strong reasons to believe that MH370 is down in the Indian Ocean after having flown in that westward direction for 4 to 5 hours from being last spotted by Malaysian defence radar. 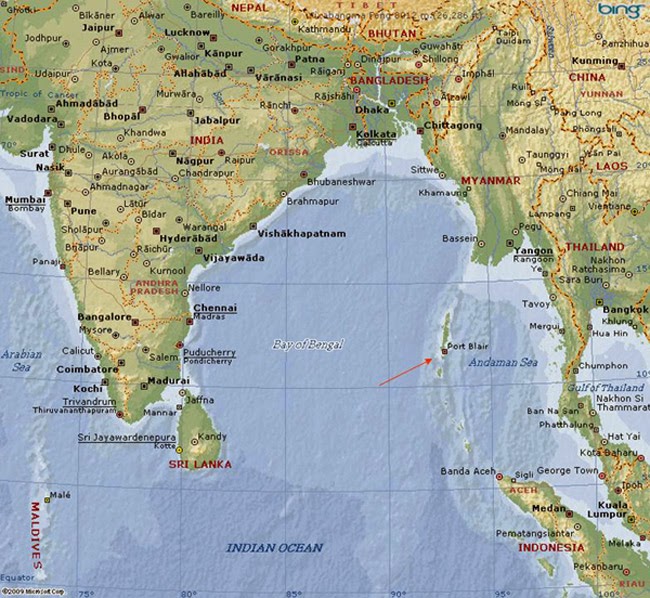 Having search that area using its P-3C Orion maritime surveillance aircraft, it has already despatched its destroyer, USS Kidd, to the target spot. It'll take 24 hours for USS Kidd to sail from the South China Sea through the Straits of Malacca into the Indian Ocean to reach there.

Meanwhile our dear Hishamuddin Hussein (Defence Minister and acting MCA Transport Minister), after having denied a report by the Wall Street Journal that Rolls Royce had received ACARS* transmission from MH370 during the 5-hour period after its last known position in the South China Sea, indicating that the aircraft had been still flying, has now claimed he had only rejected the claim that Rolls Royce had received the ACARS transmission but had not disputed the possibility of the aircraft still flying.

* Aircraft Communications Addressing and Reporting System is a digital datalink system for transmission of short, relatively simple messages between aircraft and ground stations via radio or satellite (independent of pilots action)

He said: “We are working very closely with the FAA* and the NTSB** on the issue of a possible air turn back.”

* U.S. Federal Aviation Administration, the equivalent of our DCA

** National Transportation Safety Board, an accident investigation board independent of the FAA and other Transport Regulatory Authorities, so that it can if necessary report on possible FAA or another regulatory authority's faults in an accident (air, road, rail or sea)

Continuing he stated: “They have indicated to us that based on the information given by the Malaysian authorities, they were of the view that there was reasonable ground for the Malaysian authorities to deploy resources to conduct search on the western side of the peninsula of Malaysia. Under the circumstances, it is appropriate to conduct the search even if the evidence suggests there is a possibility of finding a minor evidence to suggest that ... the aircraft would have been there.”

Bloomberg reported that the Indian Foreign Ministry has announced India is sending its ship(s) there to help in the search, and said they were provided with 'very specific coordinates' in the Andaman Sea.

In the next several hours I reckon it'll be a race between the US Navy and its Indian counterpart (or Coast Guard) to see who will have the unpleasant duty of announcing to the world the final chapter of the mystery surrounding the tragic flight of MH370, and hopefully bring closure for the grieving families of 239 people.