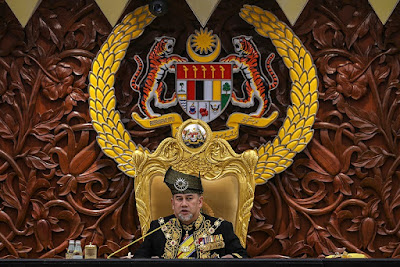 In a statement, the Comptroller of the Royal Household Wan Ahmad Dahlan Ab Aziz said: “The Palace would like to inform that the Seri Paduka Baginda Tuanku has resigned as the 15th Yang DiPertuan Agong effective January 6 in accordance to Article 32(3) of the Federal Constitution.”

Wan Ahmad said His Majesty had officially informed the other rulers by writing to the secretary of the Conference of Rulers.

I am just waiting for some pompous patronising condescending moron to tell us to "keep calm" (or "remain calm"), wakakaka. Standard fare in Malaysia.

Hey, I do like the resigning King and have been humoured, yes, tickled pink by his cheeky "Sila duduk, jangan lari" advice to the motley batch of politicians in the 14th Parliament, wakakaka again. But alas, HM didn't follow His own advice.

I wonder why he left? Was it because he was told to, or that he was uncomfy with 'someone'?

Back in 1990, there was a powerful politician who was alleged to have meddled with the affairs of the Royal House of Kelantan. As we all know, 'powerful politician' in the 1990's could only mean an UMNO person.

At that time the father of the current or rather the just-resigned Agong, was the reigning Sultan of Kelantan. He was former Sultan Ismail Petra.

The alleged interfering 'powerful politician' was then alleged to have 'sponsored' a pretender to the Kelantan throne in the person of the then-Sultan's brother, Tengku Ibrahim Petra.

The naughty plot to put Tengku Ibrahim Petra on the Kelantan throne was sparked off by the then stand-off between a certain 'someone' (wakakaka) and the Malay Rulers, who were up in arms against the then alleged 'unconstitutional' bid to amend the Constitution to curb the powers of the royal.

The then (previous) Sultan of Kelantan was an adamant opponent of the alleged 'unconstitutional' move, thus as it went, the state was punished over issues pertaining to oil royalty, allocations for water treatment as well as the relocation of the gas refinery plant to Songkhla, Thailand, instead of Kelantan. Thus was the modus operandi of a known dictator.

Politically, Kelantan had just fallen to PAS in 1990 and the stage was ripe for a battle royale between the then ruling federal government and the Kelantan royalty/PAS government.

Yes sir, the then federal government pulled everything out of the hat to embarrass the Kelantan palace and state (PAS) government.

The situation was so dire at one point it was said that Proton Saga's were barred from entering the Kelantan palace gates, wakakaka. 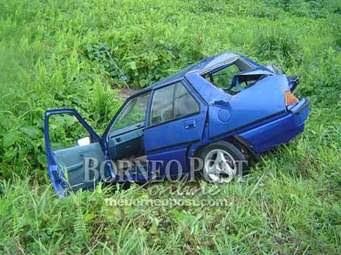 The Kelantan royals have not quite forgiven that 'powerful UMNO politician' (wakakaka) and his Kelantan cohorts for what is known as the “black spot” in the state’s history. It might also explain why someone had his Darjah Kerabat Al-Yunusi (DK) award stripped off.