Altantuya Shaariibuu had intended to collect payments from her former lover Abdul Razak Baginda for her translation work in relation to the government's alleged purchase of submarines, her cousin told the Shah Alam High Court today.

Namiraa Gerelmaa was the third witness in the RM100 million civil suit filed by the slain Mongolian national's family against Razak Baginda, the government, and two others convicted of her murder.

Namiraa, along with their friend identified as Urintuya Gal-Ochir, had accompanied Altantuya during her last trip to Kuala Lumpur in October 2006.

"She (Altantuya) said she was in a relationship with Razak Baginda and wanted to meet him," she said to questions from lawyer Sangeet Kaur Deo.

"She also told me that she had done some translation work for him and wanted to collect (payment) from him."

Namiraa said she made the trip to Malaysia after she was invited to accompany Altantuya, and that she was only told of her cousin's plans shortly after their arrival.

"She also told me that the Malaysian side was going to purchase submarines from the Russians and the meeting was held in France.

"She said that Razak Baginda wanted her to translate from English to Russian and vice-versa for that meeting. She told me there was an agreement." 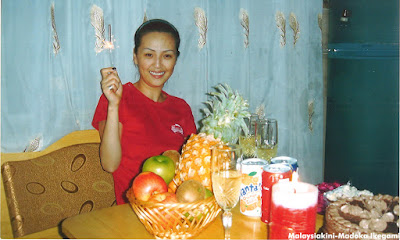 It's clear now that Altantuyaa wanted to collect fees for purported RUSSIAN 'submarine purchase' and not as we know it now, French Scopenes. 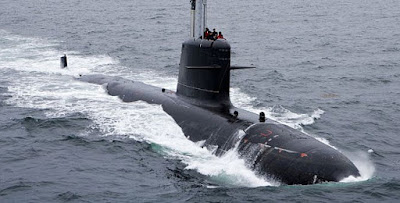 "She [Altantuyaa] also told me that the Malaysian side was going to purchase submarines from the Russians and the meeting was held in France."

Does that make sense, having a meeting in France to buy Russian subs? 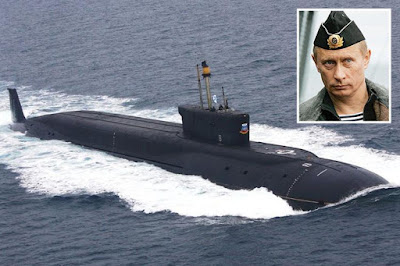 Why not in Malaysia or Moscow?

If that had been true, the event would have been seen as provocative to the French, wakakaka.

Be that as it may, Cousin Namiraa Gerelmaa was cross-examination by Razak Baginda's lawyer Manjeet Singh Dhillon, who said she, as reported, "exaggerated" many details in her current witness statement, including the alleged purchase of submarines by the government.

Manjeet referred to evidence submitted by Urintuya in the murder trial that Altantuya only talked about coming to Malaysia to meet Razak Baginda, but that there were no other details. 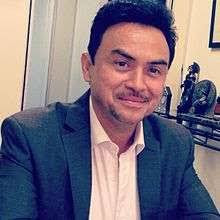 "I put it to you that what Urintuya had said in her statement was all that Altantuya had said about Razak Baginda, nothing more, nothing less," said the lawyer, to which Namiraa disagreed.

To further questions from lawyer Ramkarpal Singh, Namiraa agreed that she had not mentioned these details, including the alleged submarine deal during the criminal trial.


The former freelance journalist claimed that she was "afraid," and that there was no opportunity for her to do so at the time.

The court also learned from Namiraa said they had gone to Razak Baginda's office, as Altantuya was looking to claim payments that he owed her for several translation jobs.

What translation job as no Russian submarine was purchased?

Fresh evidence; Russian (instead) of French subs; dinner for three in Paris hence the the meeting was conveniently held in France; Russian to English instead of French to English, vice versa, translation.

I venture (speculate only) that the tragedy was a very "personal" issue between Razak Baginda and Shaariibuu Altantuyaa, and had nothing to do with the subs purchase.

The French company (nor, I bet, the purported Russian company) would have needed a translator.

And BTW, I read in another MKINI article that two of Razak Baginda's hired PI's (one of whom was P Balasubramaniam) threatened Altantuyaa with one of them warning to throw her from her hotel 8th floor, and then advising her to return to Mongolia. 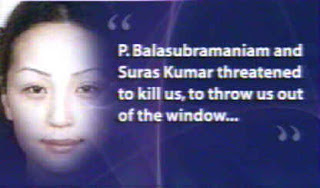