Canst thou, O partial sleep, give thy repose
To the wet sea-boy in an hour so rude,
And in the calmest and most stillest night,
With all appliances and means to boot,
Deny it to a king? Then happy low, lie down!
Uneasy lies the head that wears a crown. 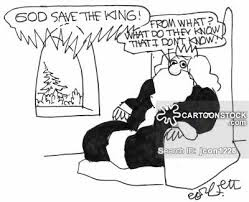 When Selangor MB Azmin Ali took power after a protracted struggle with his predecessor, Khalid Ibrahim, he promised he would get down to brass tacks and work for the public’s benefit.

He gave out his number so that people could inform him of unsightly garbage dumps and promised that the people would be heard over the Kidex issue.

He was young, energetic, the right hand man of Anwar Ibrahim himself, and much was expected of him by the people of Selangor who, by the way, had voted in Khalid’s administration, not Azmin’s.

And yet, Selangor’s forest reserves keep getting degazetted to make way for more and more highways in defiance of the public’s deep resentment.

Selangorians have long objected to the destruction of our forests for the benefit of state coffers. And now the Bukit Cherakah and Bukit Sungei Puteh reserves have been identified for degazetting to make way for the Damansara-Shah Alam and the Sungei Besi-Ulu Kelang highways. This is despite Pakatan’s and Azmin’s noises about “no more highways”.

Despite years of widespread and vocal opposition to new highways, Selangor is criss-crossed with them and residents are beginning to get irritated with Azmin. [...]

Azmin has not been performing satisfactorily as our Menteri Besar for quite some time now. After a great start, he went back to business as usual. He had better be careful if he wants to continue sitting in his cushy chair.

Selangorians are the most informed of Malaysians. We are also the most demanding.

When we don’t want something to happen, we are not afraid to let you know. Azmin’s affiliation to PKR cannot help him if he is judged as wanting by the people of Selangor.

We’ll give him the boot if we have too.

Khir Toyo received laughs instead of sympathy when he pleaded with the people for mercy, and the same can happen to Azmin if he refuses to listen and then come crawling back in two years’ time to ask for our votes.

Engage us, Azmin, and find a way to work with us or face the possibility of losing your seat come GE14.


It's easy to talk boastful cock when one's not in the seat of responsibility (not just power and authority).

So here's a man who had the cheek to criticize Lim Guan Eng for being compelled to remove the rebellious PKR ADUN in Penang from positions of responsibility in the state. When a state government ADUN cannot or refuse to support his/her own government's administrative policies on development, especially by sneaky ambush, then there can be no place for such recalcitrant treacherous members.

Make no mistake, Heavy is the head that wears the political crown.