Ramesh Rajaratnam of Malaysiakini went to listen to as well as observe Dr Zakir Naik at his evangelistic session at Bukit Jalil, KL, and also to ask 3 questions of the preacher.

T'was not a very complimentary report by Ramesh - but one could of course argue Ramesh being a non-Muslim is biased and thus would be so. But then, on that same token or rather its obverse side, we could argue the oo's and ah's and praises plenty for Dr Zakir would only be from Muslims, wakakaka.

Though Ramesh wanted to ask 3 questions, he was only allowed one, and one which Zakir Naik could not answer fully.

When Ramesh showed skepticism at Dr Zakir's seemingly glib and substanceless answer, dropping god's name as if that was intellectually good enough, Dr Zakir suddenly decided to take a break, wakakaka, promising to answer Ramesh's question fully when he returned, but alas, it was not only Melayu but also a Mumbai-Mamak who mudah lupa, wakakaka. On his return, he didn't complete his answer nor allow Ramesh to continue with his two other questions, wakakaka.

As Ramesh reported: Then he realised that I wasn't buying it and he took a "thirst quenching" break. While at that, he had a quick chat with the master of ceremonies (MC) who then told the audience that Zakir will come back to respond to my question No 2.

For all the others before me, the MC allowed two to three questions per person but my turn was the ONLY time Zakir [took] the break and further, the MC refused to let me ask the other two questions (I'm guessing that he suspected that they would be just as difficult for Zakir to answer).

Read Ramesh's full report here and judge for yourself.

Somehow I am reminded of one particular (very popular) TV so-called psychic who claimed he could contact people's departed relatives.

The TV psychic would ask several questions of a selected member of the audience, usually one very emotional and given easily to tears. His questions were designed to elicit the desired information so he (the psychic) could use those details to carry on as if he was in contact with the dearly departed.

And whoa man, he has 'minders' (tough-looking blokes) who ensure any too-inquisitive reporters or 'difficult' members of the audience were barred/silenced from asking too many questions.

But what I find far more interesting was one of Ramesh's unasked questions - unasked because as mentioned above, Dr Zakir having being unable to answer the first one satisfactorily (other than saying it was god's words, as if that was sufficient to be excused from explaining his evangelistic arguments), avoided Ramesh thereafter, wakakaka.

Yes, of his two unasked questions, the one I am interested in is as follows (as Ramesh had hoped to ask Dr Zakir):

Can you explain why, if Islam is supportive of it’s ummah, (Surah 3:103), why is it that five of the wealthiest Muslim countries (Saudi Arabia, United Arab Emirates, Bahrain, Kuwait and Qatar) have not taken in a SINGLE Syrian refugee whereas the kafir countries led by Germany are the biggest recipients? This is from the official records of United Nations.

By the by, during the aftermath of the Boxing Day tsunami some Arab nations ignored or gave very pathetic amount in aid to their Muslim brethren in devastated Indonesia in shameful comparison to Christian infidels like American Sandra Bullock (US$1 million as an individual) and German Michael Schumacher (US$10 million - ten million also as an individual), more than the nation of Kuwait's initial offer.

A Lebanese news media reported that some muftis in the Gulf countries claimed the SE Asian Muslims were divinely punished for their sins, presumably as an indirect excuse for their nations' very shameful apathetic and pathetic response to their supposed Muslim Brethren in Aceh, etc.

By staggering contrast, after Hurricane Katrina hit New Orleans those Muslim Arabs gave hundreds and hundreds of millions in American dollars (eg. Kuwait gave US$500 million) to the USA  - I wonder whether they also sucked the infidels' dicks?

Can we then assume that was because those Gulf Arabs considered the New Orleaneans were without sin, or in their Muslim eyes, their Allah swt wasn't angry with those Americans as He was with Indonesian Muslims. Or perhaps they found Yankee dicks tasted better?

Oh, incidentally, after Dr Zakir's evangelistic session, as Ramesh was leaving the stadium, he said: "... one plainclothes policeman approached me and took down my particulars. He said it was just for record only. I didn't think it was in my interest to make a fuss and so I gave him the details. I think the system was telling me not to push the envelope further" ...

... not unlike the TV psychic's 'minders', wakakaka.

BTW, do you recall how, according to my assessment, Dr Zakir Naik chickened out of a debate with DCM II of Penang Dr Ramasamy? Please read my post
Malaysian politics - Talk softly, talk loudly, talk nastily! in which I had written (reproduced below for convenient perusal):

In the last case, what Malay Mail Online has reported seems to show that the Mumbai-based Islamic TV evangelist or rather his supporters takut ler (scared), wakakaka.

Abu Shariz Sarajun Hoda, programme director for Dr Naik’s Tour to Malaysia 2016, also told Malay-language broadsheet Utusan Malaysia that he did not want Ramasamy to debate with the Mumbai-based televangelist just to be popular.“If Ramasamy wants to debate with Dr Zakir, at the very least, he needs to be at the same level as his proteges first.

“If he wants to debate, Dr Zakir has six proteges in Malaysia. Maybe he can challenge them first and see if there are issues which can be brought forth and defended, only then can he think about debating our teacher,” Abu Shariz was quoted saying.

Aiyoyo and to boot, very karn-neen-nare ler, Abu Shariz is very Tionghua in his arguments, pushing the ancient Chinese kungfu insulting and play-safe formula of "You're not my sifu's equal lah, so tiu nei, you go fight with his disciples first before talking big. Tiu!"

"And see whether you can even get nor-baan lang to attend your own ceramah before you smell my sifu's toes. Tiu." 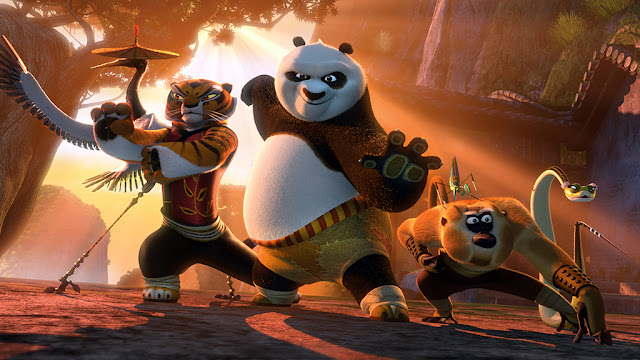