My dear old matey Nathaniel Tan, once a fervent devotee of Anwar Ibrahim, wrote this Malaysiakini article Will Guan Eng be Dear Leader for life?

I assess his article as very very naughty and typical of those in PKR or like Nat, a former but still committed-at-heart PKR-ista.

I replied in a letter to Malaysiakini as follows: 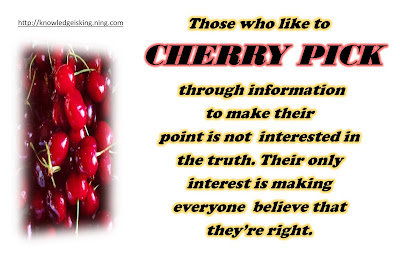 I want to say I am glad to read Nathaniel Tan’s article in Malaysiakini titled ‘Will Guan Eng be Dear Leader for life?’ but alas I am unable to.

Being old mateys on the blogging circuit (when we used to spar for and against Anwar Ibrahim, with me of course being against - loud laughter) I call him Nat. Now, in case you have missed Nat’s wry sarcasm against Lim Guan Eng, the ‘Dear Leader’ implies that Lim Guan Eng is becoming another Kim Jong-il, the former and late president of North Korea.

Just a wee trivia, Kim Jong-il was titled ‘Dear Leader’ to distinguish him from his father Kim Il-sung the Great Leader. I wonder whether Nat will be tempted to refer to Lim Kit Siang as ‘Great Leader’? [grin]

In our ‘old’ sparring days Nat had this rather charming cute way of disarming me by asking why I hated Anwar Ibrahim so much.

Well, I didn’t hate Anwar (still don't) but I did not like his Umno past, his PKR politics and politicking (still don't), but in March 2010 I frightened myself and astounded a number of my friends when in a letter to Malaysiakini I defended the PKR ‘de facto’ leader from Khairy Jamaluddin’s jeering of him for dancing with the daughter of Lim Goh Tong.

Needless to say, it was an embarrassing blemish to an otherwise perfect record of being anti-Anwar. But it did underline my personal values in defending anyone, even Anwar Ibrahim, from unfair criticism, and in the same token, criticising local demi-gods for their wayward conduct.

And while digressing and reminiscing about our old times (Nat’s and mine), I have to say Nat like most PKR people has a prejudice against the DAP, and in this letter I want to express some of my concerns for Nat’s biased letter questioning Lim Guan Eng’s tenure as chief minister (CM) of Penang and the issue of setting a term (not time) limit, brought up recently by a DAP assemblyperson, Teh Yee Cheu.

But sadly because I have come to expect better from Nat, I lament his examples of long serving world leaders were naughtily only those from draconian dictatorships and fascist states, people like Kim Il-sung, Muammar Gaddafi, Francisco Franco, Robert Mugabe, Mao Zedong, Hun Sen, and Josef Stalin.

Has Nat been implying that Penang is such a political state? Of course his labeling of Lim Guan Eng as a ‘Dear Leader’ has made it clear what he thinks of the CM if not the state.

Though he has recently stopped being an acolytus serving at the PKR altar to their demi-god, I urge him to reflect on his erstwhile term as one and to compare the state of the DAP to his old party PKR where the latter even condoned an undemocratically elected leader with the shameless label of ‘de facto’, which many would be forgiven is they mistake that word to mean ‘defect to’.

Then there was that over-burnt and overdone Kajang Satay which was to bring Pakatan a few steps nearer to Putrajaya and also to stop Mahathirism from overwhelming Pakatan-ruled Selangor.

And since Nat brought up the name of Mao Zedong, I have to ask what Great Leap Forward (supposedly towards Putrajaya) has been achieved by PKR’s Kajang Manoeuvre? As for Mahathirism overwhelming Pakatan’s Selangor it must already have when we see Azmin Ali and Uncle Mahathir Mohamad side by side in recent forums. Yes, Lim Kit Siang has been alongside as well, much to my immense embarrassment.

Anyway, when Nat asked us what countries impose time limits, he mentioned ‘France, Germany, the UK and the US’ as countries that do. In that (I suspect deliberately) vague sentence I have to say this again, Nat has been very naughty to the extent of misleading us. And I’ll explain how and why.

At this point we must distinguish prime ministers (and chief ministers) from the republican head of states or presidents. By the by, France has both.

To save Nat the effort of further arguments I’ll say this first: we could of course be disingenuous and argue that the five-year parliamentary term of an elected National Assembly of France and the Parliament of Britain is a limited period. But wait a ding dong minute, while it is indeed a limited period it is one of ‘time’ rather than ‘term’. Just a reminder, we have been talking about limiting the CM of Penang to X number of terms, not time.

Even then, we could argue that each parliamentary period of the Penang state assembly is limited to a maximum of five years, and the CM of Penang is thus automatically ‘time’ limited to a five-year administration. Political parties have to return to the people for election. If Lim Guan Eng’s party is re-elected into majority rule, and the party or coalition decides on Lim Guan Eng as its CM again, then he starts anew for another time-limited period of five years.

Of course that’s not what Nat wants, as the unspoken aim, it would seem, is to remove Lim Guan Eng as CM after this, his second term. He and Teh Yee Cheu wants a ‘term’ limitation.

Now, back again to Nat’s examples of some countries that set time or term limits for their elected leaders. Yes, the USA and France have presidential systems which limit their respective elected ‘head of state’ (not prime ministers) to two terms. As for our own head of state, HM the Yang di-Pertuan Agong is also elected by his peers to serve one term.

The same scenario applies for Germany, where its constitutional president, who unlike the US or French equivalent has no political powers, serves a maximum of two five-year terms, but its chancellor, the equivalent of our prime minister, is not limited to any set number of terms provided he or she is re-elected with his/her party or coalition being in power.

Thus, fond as I may be of Nat [smile] he really invites me to escalate my criticism of him when he provides us with such incorrect or vague information on ‘France, Germany, the UK and the US’ as countries that limit periods for their elected leaders but without clarifying what leaders he had in mind that would be seen as equivalent to the chief minister-ship of Penang. Secondly, the relevant topic is about the ‘term’ limit, not ‘time’ limit, of the chief minister-ship.

Either Nat has been ignorant of the correct information to provide or he has been mischievously obscure.

Also, when he states “Lim has also been CM longer than all except three of Italy’s prime ministers, in reverse order: scandal ridden Silvio Berlusconi, Giovanni Giolitti who served as PM for five non-consecutive terms between 1892 and 1921, and Benito Mussolini', I would say he has been mischievous in his unpleasant examples.

Indeed I can see where he wants to take us, along a path which paints Lim Guan Eng as a fascist dictator like Mussolini or a scandal-ridden Silvio Berlusconi. Aren’t there better and fairer examples of long serving prime ministers around the world?

Swept into office by 2008 tsunami

First, let us take a second look at Lim GE’s terms as CM of Penang. He was swept into office by the 2008 political tsunami and has retained his seat since, making his tenure in two consecutive parliamentary terms as approximately nine years up to this point in time.

Angela Merkel has served as chancellor (prime minister) of democratic Germany since 2005 and is into her third term. Why hasn’t Nat bring her up as an example instead of unpleasant people such as Kim Il-sung, Muammar Gaddafi, Francisco Franco, Robert Mugabe, Mao Zedong, Hun Sen, and Josef Stalin. Doesn’t this lend support to our suspicion of Nat’s intention?

Then in Australia we have Robert Menzies serving as its PM for 18 years 160 days and our well-known ‘deputy sheriff of Asia’, John Howard for 11 years 267 days. Again I must question Nat’s omission of them as surely, Australia is one of the most democratic nations in the world and a lot nearer to us than North Korea, Libya, Spain, Russia, etc. It is also a Commonwealth nation like Malaysia with similar parliamentary systems both at federal and state levels.

Britain has nine PMs serving over 10 years, with two examples in the last century being Margaret Thatcher and Tony Blair.

Nat made a swift passing reference to Lee Kuan Yew but hasn’t he as a Malaysian deliberately avoided mention of that currently-roaring bull elephant in the room, Mahathir Mohamad, who was our prime minister for more than two decades. Or is Mahathir now to be revered as our new ‘De Facto Leader’ (as well as Dear and Great) and one whose name must not be mentioned in criticisms of long-serving political leaders? 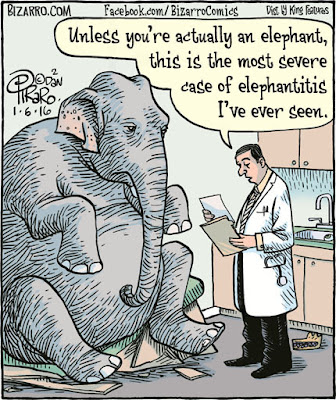 I believe in the end Nat has been very very naughty in his bias towards Lim Guan Eng, which is understandable as it lies perhaps in his PKR DNA. Thus I won’t go into each and every single part of his article to tear him apart. I just don’t want to embarrass him for his selective picking of some rotten cherries to cast sinister light on Guan Eng’s administrative tenure. Nat is capable of being better than that.

Finally, Nat asked us: “... in whose company do we want to be? North Korea, Libya and Zimbabwe? Or France, Germany, the UK and the US?”

I believe I have given him enough information for him to answer his silly mischievous question himself.


Will Guan Eng be Dear Leader for life?
Posted by KTemoc at 3:07 pm