Art of insulting other religions

Dr Zakir Naik is an Indian who was born in Mumbai. Mumbai is in India so that makes him an Indian.

However, he is a Muslim preacher and is said by Hindus in both India and Malaysia as one who would regularly insult Hinduism. Hence we read of MIC and Indian NGOs in Malaysia protesting against his current preaching tour of Malaysia.

"If you prove that Sri Ganesh is Bhagwan, then I will eat the Prasad, If your Bhagwan cannot recognize his own son (Ganesh), how will he recognize me if I fall into difficulties - were the remarks, purportedly made by Naik," Dhir said. "He has hurt the sentiments of scores of Hindus. His inflammatory posts should be blocked and he be arrested," Dhir added.

Here in Malaysia, Ann Wan Seng is a Chinese and like Dr Zakir Naik is a Muslim preacher. He is also a member of Perkim national council.

Instead of doing his work for Islam and Perkim without insulting other races or religions, he just had to insult the non-Muslim Chinese. But alas for him, he did it in a pitiful ignorant way, testifying to his abysmal ignorance on a topic he set out to insult, a typically dubious hallmark of his BTN-ized Boleh-ness.

Sometime back in 2010, he delivered a speech to deliberately insult the Chinese Buddhists, grandstanding in front of and ingratiating himself with the Malay-Muslims, perhaps by suggesting through his attacks against Chinese Buddhists that he wasn't a Chinese. Now, didn't he remind you of someone, a 'twin' perhaps, who's always at pain to remind Malay-Muslims he is one too, wakakaka. 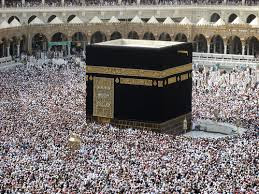 Needless to say, his ignorant religious bigotry drew the desired laughter, sniggers, giggles from his rapt audience who weren't aware of the religious fact that Buddhists have no almighty creator god or gods.

Thus god or gods are completely irrelevant to their religious beliefs.

Anyway, I can't understand why an Indian must insult Indian Hindu beliefs, even if those beliefs are different to his belief in Islam.

Can minister Shahidan Kassim explain please since he the minister has told Indian Hindus not to interfere in Muslim affairs? Shouldn't a Muslim like Dr Zakir Naik also refrain from interfering in Hindu affairs?


And I can't understand why a Chinese must insult Chinese Buddhist beliefs, even if those beliefs are different to his belief in Islam.

Can Minister Shahidan Kassim explain please since he the minister has told Indian Hindus not to interfere in Muslim affairs? Thus, shouldn't a Muslim like Ann Wan Seng also refrain from interfering in Buddhist affairs

I'm only waiting for a Japanese Muslim to insult Japanese beliefs (in Buddhism or Shintoism), even if those beliefs are different to his belief in Islam. And then I want to export minister Shahidan Kassim to Japan to explain to Buddhist and Shinto Japanese.

And the Japanese can keep him there forever, wakakaka and hopefully sayonara to the minister.