Why should taxes from non-Muslim sources fund JA-organizations? 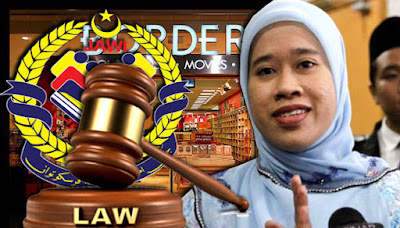 Quite frankly I'm sick of JAKIM, JAWI, JAIS or any of the JA-organization bullying, persecuting and hounding Muslims, sometimes for even no infringement on Islamic rules or whatever, as in the sorry saga suffered by Nik Raina, store manager at Borders Bookstore where it was sheer oppressive tormenting of her in the claimed name of religious laws.

I've blogged on the horrendous intimidatory persecutions of Nik Raina before but it may be worthwhile to just review what happened to torment Nik Raina to the extent of making her cry in dread, despair and distress in order to have a picture of how JAWI has been terribly and unjustly bullying towards an innocent Muslim young woman.

The persecution (on top of the attempted legal prosecution) of Nik Raina had been probably the worst case of misusing the name of religion and misusing syariah laws or even civil laws to ferociously and brutally intimidate/harass a woman. In fact, JAWI's actions had been deemed as unlawful.

JAWI obviously wanted to punish her as manager of Borders KL for selling Irshad Manji’s 'Allah, Kebebasan dan Cinta' even though JAWI's prohibition on the sale of that book was issued only 6 days AFTER the books went on sale and after the FT religious department raided Borders.

To reiterate, at the time when Borders had sold the book, there was no official ban on that book, yet JAWI insisted on charging Nik Raina under Section 13 (1) of the Syariah Criminal Offences (Federal Territory) Act with allegedly selling and distributing a book that was contrary to Islamic laws, a nonsensical bullshit of an unlawful charge. The book when sold was NOT contrary to any gazetted Islamic law, for the simple reason no such law was gazetted until 6 days AFTER it had been sold.

I reckon she was charged because she was/is the only Muslim officer in Borders dealing with book at that time and JAWI couldn't touch the non-Muslim officials of the book company. Just imagine if JAWI had authority over non-Muslims.

Yes, JAWI hunted down one convenient Muslim to prosecute for a non-existent ban at the time for the sale of what was not a banned book, but as if that was not enough they also persecuted her relentlessly for 3 long years after her charge was first dismissed as unlawful, insisting on irrelevant appeals.

Those religious officers were true to their stripes and spots, needing to fulfil their lust of power through their 3-P's (prohibiting, persecuting & punishing) regardless of the fact of the case.

Sorry lah, Nik Raina, you might NOT have committed any violation of Islamic rules and prohibition but nonetheless you had to be prosecuted to show JAWI's power, and if the legal prosecution wasn't successful at first you would be persecuted until you repent, and kowtow to the unquestionable might of JAWI.

I wonder why JAWI and JAKIM lack the balls, even until today, to prosecute Raja Bomoh for un-Islamic activities. Maybe they fear Raja Bomoh hitting them on their numbskulls with his twin coconuts or poking them in their behinds with his bamboo telescope.

And in the midst of Nik Raina's suffering who helped her? Read on.

After JAWI finally gave up the persecution of Nik Raina, this was what MM Online reported on her lawyer Rosli Dahlan saying:

“Not many employers will spend substantial cost and expense to do that, especially when they are defending the rights of Muslim/ Malay staff. I am disappointed that the Malay/ Muslim rights groups did not come to Nik’s defence or assistance.”

Don't blame those Malay/Muslim rights group as they were shit scared of those so-called moral police.

Why the f**k should non-Muslim taxpayers fund JAKIM and those states' JA-organizations to be bully boys?

As HRH Sultan Johor had queried: why does JAKIM need a budget of RM1 billion (yes, billion).

Putrajaya should disband JAKIM for a start, and if it does not want to, then fund JAKIM and other JA-organizations from only Muslim sources, say like contributions from ISMA, Perkasa, PAS, Saudi Arabian, Brunei and OIC contributions, etc and if at all necessary, zakat. 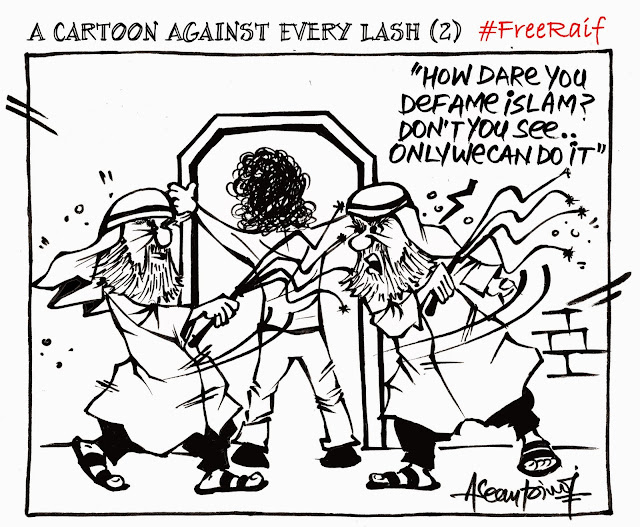