Betrayal is never from enemies 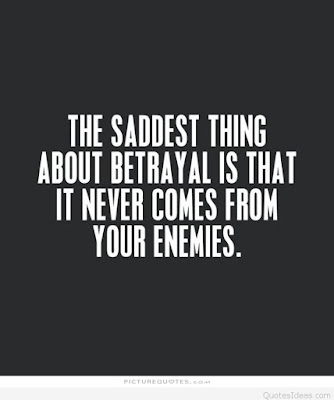 
“Sometimes, you wonder what type of friends you have. When they are in a crisis, you backed them to the hilt, come what may,” he said in a public post on his Facebook account on Wednesday afternoon.

“Then that at a time where we would appreciate their support, they leak everything to the media first leaving you completely naked.

“Or announce to the whole world openly before they bother talking to us,” Pua added.

The thinly-veiled comment might be in relation to Pakatan Harapan partner PKR not supporting the snap polls in Penang, stating that it had yet to be convinced of the purpose.


PKR president Datuk Seri Dr Wan Azizah Wan Ismail said the party had come to the decision after a meeting that also took into account the opinions of civil society.

On Wednesday, Lim stated that DAP that it was willing to give PKR a “reasonable time” to decide, but noted that the decision could not be dragged on.

Note the above highlighted paragraphs. Well, all I can say to TP is wakakakakakakaaaaaa.

For years I have observed and blogged on, that that would be PKR's modus operandi, announcing to the media disagreements with DAP without or before informing DAP it disagreed with its partner, presenting its side of the story as if it's the morally righteous party, or ...

... presenting the DAP with a fait accompli, this especially in regards to Pakatan seat sharing allocation as it demonstrated just prior to the last Sarawak state election when, despite a newly signed Pakatan so-called concordant, it unilaterally announced (meaning, without consultation nor agreement with its coalition partners) that it will contest 40 seats in Sarawak's coming state election with 15 seats including Batu Kitang being 'non-negotiable'.

Unilateral announcement; 'non-negotiable' - Wow, but those were striking examples of PKR's style of 'negotiations' and 'agreements', wakakaka.

And poor naive TP who thought he was a genius, was the silly Chicken Little promoting the rancid Kajang Satay for his PKR mateys even when that Kajang by-election, a sinister PKR unilateral move to remove Khalid Ibrahim from the Selangor MB position for its intra-party feuding and interests, was not made in consultation with DAP or PAS.

In fact both DAP and PAS were caught unaware by the announcement of Lee Chin Cheh's resignation as ADUN for Kajang. I suspect even Anwar Ibrahim were not informed because he seemed shocked, surprised and stunned when the media asked him to comment, wakakaka.

And that's what TP meant when he bemoaned:

“Sometimes, you wonder what type of friends you have. When they are in a crisis, you backed them to the hilt, come what may.”

“Then that at a time where we would appreciate their support, they leak everything to the media first leaving you completely naked.

“Or announce to the whole world openly before they bother talking to us.”

Padan muka TP - hope this is a lesson never ever to trust PKR.

Back in 2007, prior to the 2008 GE, when PKR and DAP were negotiating over seats sharing allocations for Penang, Perak and Sabah, our dear Guan Eng got a shock when PKR demonstrated its fave modus operandi in respect to 'negotiations' wakakaka.

Guan Eng was deeply annoyed with Azmin Ali, then PKR vice-president and election bureau head, for announcing on 27 May 2007 that PKR will be going for 60 parliamentary and 120 state seats in the 2008 general election. Wakakaka, and tough luck for the DAP as Azmin's pre-emptive grab of the majority of the seats were coincidentally those in Penang, Selangor and Sabah.

Lim had then told Malaysiakini about PKR making a request to seek a revision of the seat-distribution formula, but prior to DAP considering PKR's request, Azmin made the announcement, wakakaka. Lim said:

“There must be sincerity (in the talks), otherwise there won’t be an ideal outcome. I don’t want to engage in this media game, let us (both parties) meet in private. This is the game they (PKR) want to play but I am not interested.”

Lim was of course spot on about PKR having a notorious track record of pre-empting talks with the DAP by releasing their views to the press rather than discussing those views or desired positions with the DAP in confidence. PKR did the same underhanded and undermining tactics in 2004.

It's in PKR's genes to be like so, so I have to say that TP in his dealing with PKR had been a naive tenderfoot (greenhorn). And I must reprimand Guan Eng for not sharing with TP his most unpleasant experience in so-called negotiations with PKR, wakakaka. 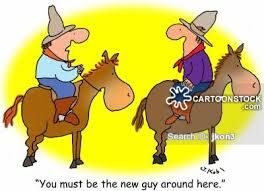