AG should be sacked

Attorney-general (AG) Mohamed Apandi Ali has been told not to "threaten" Penang Chief Minister Lim Guan Eng for addressing the public on his court case.

Lim's lawyer Gobind Singh Deo said as chief minister, Lim had a right to explain his stand to the public.

"I call upon the AG to stop threatening my client, failing which I will not hesitate to move contempt proceedings against him in the Penang High Court," said Gobind in a statement today.

Noting that Apandi said that he had cautioned Lim through his lawyers, Gobind refuted the matter.

“I challenge him to produce evidence to this effect. I have not spoken to him since the day my client was charged and at no time has he ever raised any concerns with me personally over the matter until now in the press,” said Gobind.

He reminded Apandi to conduct himself as befits his role and office.

“He must remember that his role is now as public prosecutor conducting the case before the High Court and I lead the defence team for the chief minister.

“There are rules which apply at the bar. If you have a problem, you should raise it with counsel on the other side and if there are disagreements, then there are ways by which those issues can be properly dealt with,” reasoned the legal practitioner.

He added that the charges had been read out in open court and widely reported in the media.

"I take the view that every accused person is entitled to explain his position in response to charges against him.

"It would be absurd to suggest that the public prosecutor can prefer charges against anyone, but they cannot say anything in response except and until their day in court," said Gobind (photo), who is Puchong MP.

Apandi today issued a "final warning" to Lim to stop commenting on the corruption charges that he is currently facing.

This is apparently over comments made at a press conference yesterday in which Lim criticised the AG.

Aiyoyo, either the AG is thin skin or just plain persecutorial.

If his is so thin skin as to be unable to accept or tolerate standard public responses by Lim Guan Eng, of course within the remit of legal discourse, to the official charges of corruption against the CM of Penang, and had threatened LGE against speaking out, then he has abused and misused the powers of his public office to persecute (not just prosecute) LGE.

Thus he has been persecutorial and should resign or be dismissed from that office.

OTOH, if he had believed he's high and almighty and could be persecutorial against a person he has just charged, then he is also not fit to be in that office of great public responsibility. He should be sacked.

Either way, he is not fit to be the AG.

Furthermore, based on Gobind Deo's statement, Apandi had lied when he said he (Apandi) had cautioned Lim through his lawyers.

In not following proper legal procedures, he did exactly what JAWI did to Nik Raina, warning the person under charge directly instead of through the defence counsel.

Just how could an AG not follow legal procedures? And also lied!

It's utterly disgraceful that the nation's AG has just been reprimanded by a lawyer, for him (the AG) to conduct himself as befits his role and office. 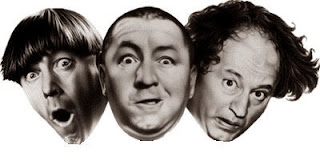