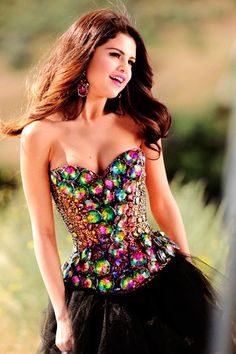 Pertubuhan Kebajikan Darul Islah Malaysia (Perkid) president Masridi Sat told Malaysiakini last night that they did this to prevent the concert from triggering any disasters.

"Kelantan has been flooded, Aceh was hit with earthquakes. Any time, something could happen to us."

"If disaster strikes, it doesn't matter whether someone is religious or not, it will affect everyone," he said.

He said they had also gathered there to monitor the situation, adding that they were disappointed many of Selena's young fans came dressed in 'sexy' clothing. [...]

A Selangor exco from PAS was reported to have directed mosques within the state to have solat hajat last Friday to pray for the concert to be cancelled.

Well, the concert was not cancelled. In fact it went on smoothly. See also my post She moves ulama's to pray. Nonetheless we thank Perkid for their special efforts.

Secondly, the reference to the Kelantan flood is timely because it had unfortunately affected PAS' Heartland - therein lies a message for PAS members as to why Allah swt sent floods to affect Kelantan.

We're of course referring to the 2014 drastic flooding in Kelantan, resulting sadly in a number of deaths and the evacuation of hundreds of thousands from their flooded homes. Other states were somewhat affected too but Kelantan was the worst hit by the monstrous deluge.

The devastation has been sufficiently horrendous to bring out comparisons with earlier flood epics and fables of divine wrath. We were then reminded of the biblical Noah and how he and his family in a specially constructed ark survived God’s divinely ordered global flooding.

God was then finishing off every living creatures including all mankind in the fashion he massacred all the first born of Egypt a la genocide, for whatever sins(?) those newly borned babies had committed to so anger Him.

Then, Pasir Mas MP Nik Mohamad Abduh (son of Allahyarham Tok Guru Haji Nik Aziz) informed us that the worsening floods in Kelantan was a sign of “Allah’s wrath”, thus those who died as a result of flooding was, according to Nik Abduh's information, divinely finished off by none other than the very angry Almighty.

Nik Abduh reminded Muslims to return to Allah’s path, and (this was the puzzling part of his counsel) of the necessity to implement hudud in the state. Based on his own special but incomprehensible conclusion he argued that the state government must continue with its bid to enforce hudud despite strong opposition from PAS' erstwhile Pakatan ally, the DAP.

In other words, according Nik Abduh, his god has been very angry (wrathful) with Malaysians presumably mainly Muslims in Kelantan, and had thus wrecked His divine punishment by sending the floods, causing several deaths and forcing more than two hundred thousands to evacuate their flooded homes.

I had then wished Nik Abduh could explain why his god had targeted mainly supporters of PAS’ avowed intention to implement hudud as part of the legislations of Kelantan, instead of those bloody DAP people?

But after serious reflections on the above puzzling pseudo paradox posed by Nik Abduh, I believe I may possibly have the answer, admittedly through sweet secular speculations (wakakaka), based in part on what Perkid president Masridi Sat reminded Malaysiakini, that of Aceh being hit by earthquakes.


As you know, Aceh has fully implemented syariah laws as had been and still is wished for by the Kelantan PAS state government.

Thus, based on the common denominators of natural disasters affecting both Kelantan and Aceh, I'm inclined to believe that Nik Abduh's god might actually be not pleased at all by some Muslim clerics taking the law (excuse my pun) into their own hands.

..... the rotten pack in JAWI who raided the Zouk nightclub in 2005 and abused their powers by bullying the women detained there on whatever suspected acts of immorality (according to laws of JAWI), even unto leering at them (forcing those sweeties to pee in front of their hot hungry lustful leering eyes) and making licentious comments about their victims' genitalia (according to the unbridled unaccountable powers of JAWI).

On the Zouk nightclub raid, a Malaysian observer, SI Azhar, commented angrily to the BBC:

The BBC report also informed us:

... allegations have surfaced about misconduct by Malaysia's religious police during a raid on a top Kuala Lumpur nightclub last month.

A number of women said religious officers ordered them to pose in their nightclub outfits while others were asked lewd questions about their genitalia. [...]

Oh, we mustn't forget JAWI's persecutorial oppression of Nik Raina, a heinous act very much against the justice of Islam and compassion of Allah swt.

Sadly, there is no such pious Muslim yet in Aceh, Bangladesh, Pakistan, Saudi Arabia, Iran, etc, and obviously and especially in Malaysia.

Nik Abduh needs to be careful not to blaspheme anymore and to further rile his very angry god. 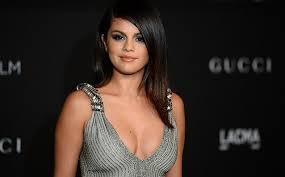