Is DAP a Christian or Secular political party?

The Star Online - Think before you leap by Wong Chun Wai (extracts): 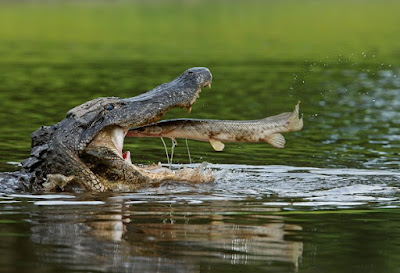 The problem with many politicians is that they lack the courage to apologise when they fumble. Sorry is simply the hardest word for them to say, and acknowledging a mistake is probably next to impossible.

That sums up what Taiping MP Nga Kor Ming is like. If his intention is to portray himself as a pious Christian, then he should know, like every faithful follower, that he must never use God’s name in vain.

No matter what excuses he can come up with now, any rational-minded Malaysian knows that what he has done is simply mind boggling and to put it bluntly, plain stupid.


He can now shift the blame to others, like the cybertroopers, but the tone was very different when the controversy first started. He actually defended his controversial posting on Hari Raya eve, saying the uproar was “all a misunderstanding” and asked his critics, “What is wrong in trusting in God?”

He reportedly claimed that the poster featured in his posting was meant to promote the Rukunegara’s first principle, Belief in God.

His posting on July 5 featured a large image of an evangelical Christian poster with the slogan “In God We Trust”, an American flag in the background, a lighthouse, an image of hands in prayer, and a large headline saying: “Lord, Guide Our Nation Back To You” at the base.

The visual message design “In God We Trust” was taken from the official page of Christian evangelist James Dobson. 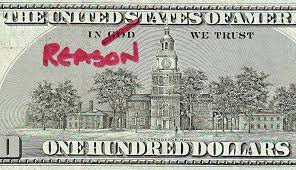 Most who visited socio-political blogs like mine (though of course I'm not in the same league as RPK and a host of other big-timers) are aware of who Wong Chun Wai is, and the Star news media he heads as CEO and MD.

I always have a lot of respect for Wong Chun Wai as he posts very informative and balanced articles, using courteous sensible and civilised language. Despite my knowledge that he is pro BN, which is his democratic right, I have found his articles reasonably well balanced, even for someone who is the CEO/MD of the Star Group. Indeed, his skills at projecting the balance of his opinions and views is second to non including those at pro Pakatan news media.

I believe his above criticism of DAP's Nga Kor Ming is truly justified. Just so you don't think he is only pro BN, he has also criticized UMNO Youth for their noisy unruly protest against Nga in the same article, as follows:


Then there is the Umno Youth protest “to teach Nga a lesson”. Two wrongs don’t make a right, have they not heard?

If the government has been consistent in saying it does not believe in street protests, always claiming it is not a part of the Malaysian political culture, then why were the Umno Youth supporters protesting in the streets, outside the DAP office in Kuala Lumpur?

Last week, hundreds of Umno Youth members descended upon the DAP headquarters to protest against Nga, demanding an apology.

There was no justification for Umno Youth to go to the streets no matter how insensitive an article, greeting or image is deemed to be. 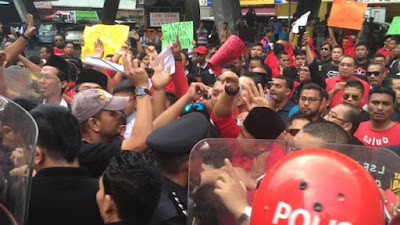 Was a police permit issued to the protesters and if there was none, isn’t that an offence? Surely, the youth wing understands that there are laws and penalties to handle any offences against race and religion.

Umno Youth may be part of the ruling party but they are not above the law. Trying to justify their action by citing religious or racial reasons, and in the process committing another wrong, is just not right.

Malaysia does not need a mob-rule mentality – we should not be quick to retaliate, claiming that we are “under siege” or have been “challenged and insulted”, over an issue.

And again, we like to ask why is Mohd Ali Baharom aka Ali Tinju, the serial agitator, allowed to be on the loose, always?

Malaysia does not need insensitive politicians with their childish racist antics. The people are not amused and surely, there are bigger and more important issues that need our attention, particularly the country’s economy, which has slowed down.

What troubles me far more than the usual disgusting Ali-Tinju-UMNO-Youth unruliness in public, teflonized against police interference or charges, have been the evangelistic propaganda of a DAP man.

I deplore Nga Kor Ming's hallelujah hubristic hullabaloo on his Facebook. If he wants to be a politician in the DAP party which BTW is listed as a social democratic party, a member of Socialist International, and one which has as its ideology social democracy and secularism, then Nga is in the wrong party and he should bloody leave and form his own Christian group, perhaps named Malaysian Christian Ascension (MCA, wakakaka).

And Nga is flabbergastingly self-centred when he could dare ask his critics, “What is wrong in trusting in God?”

Wouldn't that same stupid argument (using god's name in vain) apply equally for Pak Haji Hadi Awang in the latter's promotion of his recent but deferred bill to amend the syariah laws in Kelantan?

That's the bloody trouble with some politicians (Christians, Muslims and 'fasting' Hindus) who lean on their respective religion to project their piousness and hopefully political credibility.

And haven't we heard Pak Haji Hadi Awang virtually demanding that Muslims have to support hudud because it's a mandatory requirement for them? But recently Sudanese Professor Dr Abdullahi A. An-Naim informed Muslims have no obligation to support hudud as the Islamic criminal code is not mentioned in the Quran.

Cease and Desist in your misuse and abuse of religion and the name of your god to promote your mortal political policies.

So they brought it, and He asked them, “Whose likeness is this? And whose inscription?”

Then Jesus told them, “Give to Caesar what is Caesar’s, and to God what is God’s.”

The DAP must declare whether it is indeed a secular social democratic party, or a political beehive for evangelistic Christians.

I'm f**king sick of these Christian politicians just as I'm sick of seemingly over-pious followers (politicians and clerics) of other religions who are exploiting religious beliefs for their own political objectives.

If the DAP does not reiterate its secularism, then I have to assume it's a Christian party, which means I will endeavour my best to ensure my relatives and friends in Penang do not vote for a Christian party in GE-14. 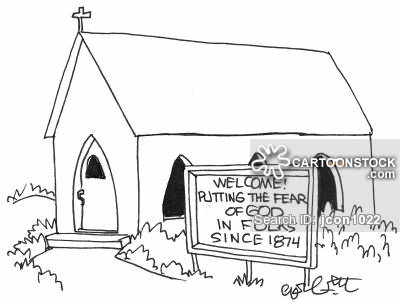