Should Guan Eng stand aside?

I'm going to keep this post reasonably short (if I can, wakakaka).

Should Guan Eng stand aside from his CM position as he is currently facing a charge of corruption? 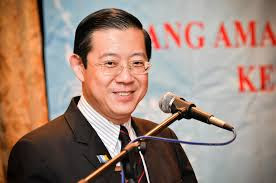 There are of course Pakatan arguments that Guan Eng is not in a position to influence the police, MACC or the courts.

Another argument by the BN is that Guan Eng as CM may influence/intimidate witnesses - this is silly because if Guan Eng wants to do that, does any idiot think he can't do just that even if he stands aside?

So there have been arguments for and against, with BN of course insisting he stands aside from his CM position and even resigns.

The latter, ie. 'resign', is nonsense. One only resigns when one has been caught with his 'dick' in the mini guillotine, wakakaka.

But jokes aside, thus far Guan Eng is only facing a charge which by our legal system (assuming it's untainted, unblemished and un-distorted, wakakaka) means he is innocent until proven guilty.

However, Dr Ramasamy, DCM II of Penang, has grudgingly acknowledged to FMT that BN in its ruthless sinister Machiavellian scheme to remove effective powerful popular Pakatan leaders will somehow find Guan Eng guilty as charged and off him to prison, for a 3rd time (1st time by ISA, 2nd time by you-know-what).

Dr Rama stated: Given the politically motivated charges against Guan Eng, the prospect of him being returned as not guilty, with even the best defence team, remains rather remote. [...] Now, there is a strong possibility Guan Eng will be found guilty. This is the sole purpose of the charges – to remove Guan Eng from the political scene.

The coming court case to hear his corruption charges will occupy most of his time so we have to ask, no matter how much we see him as a victim of persecution (rather than just prosecution), how will he find time to devote to his job as CM of Penang?


Standing aside is neither a political nor social stigma nor should it be seen as capitulation to the BN scheme. It will be a brave well thought-out political decision, to benefit both the DAP and Penangites as they need a full-time CM to lead the state towards even greater prosperity, governance and well-being. 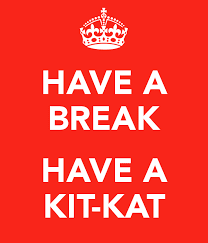 Sadly, standing aside will not be a short spell and is likely to involve the remainder of Guan Eng's 2nd term as MP and CM (ADUN), therefore the DAP must plan and nominate a new CM for the rest of the 2013 parliamentary term. Also, as Dr Rama hinted rather ominously, it's likely Guan Eng may be put behind bars once again, so planning and nominating Guan Eng's replacement may be a prudent move.

There has been a mistaken belief that if Guan Eng stands aside, either the Penang DCM I or DCM II steps in to take over the CM position. That will only be true if Guan Eng is on short leave or short temporary duty away from Penang.

The DCM I and II positions are not Pakatan nominated positions but rather exco positions.

If Guan Eng, the Pakatan nominee for the CM of Penang job will not be available until his court case is over, likely for the rest of the 2013 parliamentary term or even beyond, then Pakatan Penang must convene to nominate a new candidate for the state CM position.

There are some very capable people to substitute for Guan Eng in this 2nd-half of the match, for example but not excluding other names, Dr Ramasamy (Perai), Chow Kon Yeow (Padang Kota), Jagdeep Singh Deo (Datok Keramat), Chong Eng (Padang Lalang).

However, I doubt very much Teh Yee Cheu (Tanjong Bungah) would be proposed, wakakaka.

Sorry PKR, in Penang it has to be a DAP candidate just as in Selangor it is and will be a PKR person.

Chow Kon Yeow is currently the chairperson of DAP Penang with Jagdeep his deputy. 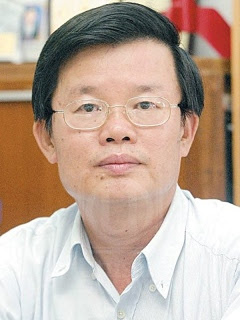 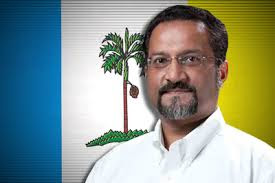 Dr Rama is Penang DCM II and an intellectual of some standing in both the academic and Hindu worlds, while Chong Eng is, like Chow, a very experienced federal parliamentarian (previously Bkt Mertajam), who together with Chow (previously Tanjong) have relinquished their federal constituencies to move to the state constituencies to contest for their ADUN positions, following DAP's policy of allowing its candidates only one* representative position, contesting either for MP or ADUN positions.

* Guan Eng as sec-gen has been the only exception to the DAP policy, an exception which I have NOT been supportive of, but that's another story 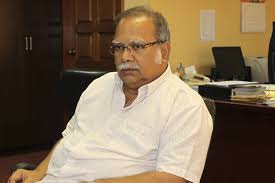 On the basis of experience then either Chow or Chong Eng should be Guan Eng's replacement as CM.

On the basis of DAP giving Indians the opportunity to be a state CM, then either Dr Rama or Jagdeep should be selected.

On the basis of a woman becoming the state's (and Malaysia) first female CM, then Chong Eng should be the new CM.

BTW, Chong Eng is married to Gunabalan Krishnasamy, an artist - they have two children. If she becomes the new CM, she may possibly satisfy the demands of two minority groups, that of women and indirectly the Indians.

On the basis of party seniority then Chow as Chair of Penang DAP could be the candidate.

Alas, while DAP does have a Malay MP (Bukit Bendera) it does not have an ADUN in Penang.

The Super-Sub for Guan Eng in the 2nd-half of the state political game can be chosen from the richly talented ranks of the state DAP, and may even set new precedents if the person is a woman or an Indian.

Additionally, it enables DAP to expose an additional ADUN to the experience of being CM of Penang. As mentioned above, it may also be a practical approach as Guan Eng may end up in prison.

Thus I would support Guan Eng standing aside. It'll be a win-win-win-win position for everyone, Guan Eng, the DAP, Penangites and the new CM of Penang. I trust Guan Eng and his father won't be obstinate in seeing the greater benefits of him standing aside.

I have my personal preference but obviously it's up to the DAP party to decide.